During its Microsoft Ignite 2021 conference this week, Microsoft unveiled Azure Percept, a platform of hardware and services aimed at simplifying the ways customers can use AI technologies at the edge. According to the company, the goal of the new offering is to give customers an end-to-end system, from the hardware to the AI and machine learning capabilities.

Azure Percept Vision and Azure Percept Audio, which ships separately from the development kit, connect to Azure services and come with embedded hardware-accelerated modules that enable speech and vision AI at the edge or during times when the device isn’t connected to the internet. The hardware in the Azure Percept development kit uses the industry standard 80/20 T-slot framing architecture, which Microsoft says will make it easier for customers to pilot new product ideas.

As customers work on their ideas with the Azure Percept development kit, they’ll have access to Azure AI Cognitive Services and Azure Machine Learning models, plus AI models available from the open source community designed to run on the edge, Microsoft says. In addition, Azure Percept devices will automatically connect to Azure IoT Hub, which helps enable communication with security protections between internet of things devices and the cloud.

Azure Percept competes with Google’s Coral, a collection of hardware kits and accessories intended to bolster AI development at the edge. And Amazon recently announced AWS Panorama Appliance, a plug-in appliance that connects to a network and identifies videos from existing cameras with computer vision models for manufacturing, retail, construction, and other industries. 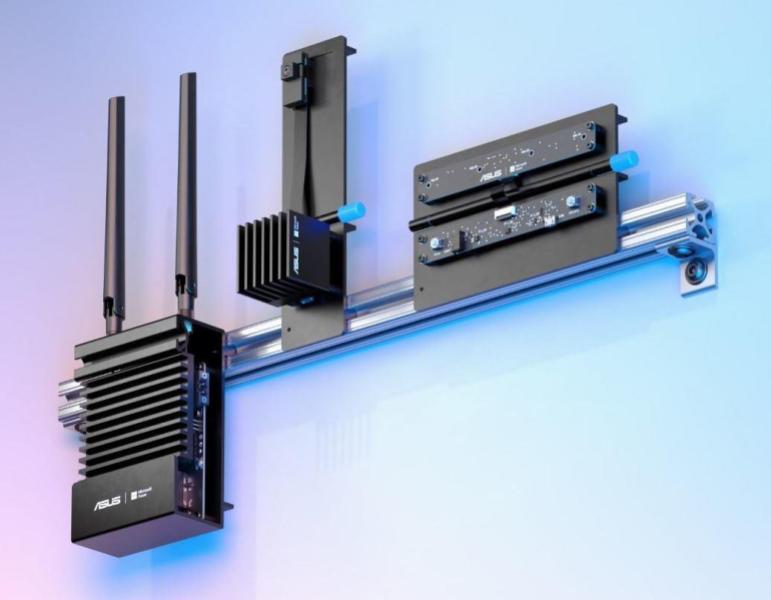 But in addition to announcing first-party hardware, Microsoft says it’s working with third-party silicon and equipment manufacturers to build an ecosystem of devices to run on the Azure Percept platform. Moreover, the company says the Azure Percept team is currently working with select early customers to understand concerns around the responsible development and deployment of AI on devices, providing them with documentation and access to toolkits for their AI implementations.

“We’ve started with the two most common AI workloads, vision and voice [and] sight and sound, and we’ve given out that blueprint so that manufacturers can take the basics of what we’ve started,” Microsoft VP Roanne Sones said. “But they can envision it in any kind of responsible form factor to cover a pattern of the world.”

In 2018, Microsoft committed $5 billion to intelligent edge innovation by 2022  — an uptick from the $1.5 billion it spent prior to 2018 — and pledged to grow its IoT partner ecosystem to over 10,000. This investment has borne fruit in Azure IoT Central, a cloud service that enables customers to quickly provision and deploy IoT apps, and IoT Plug and Play, which provides devices that work with a range of off-the-shelf solutions. Microsoft’s investment has also bolstered Azure Sphere; Azure Security Center, its unified cloud and edge security suite; and Azure IoT Edge, which distributes cloud intelligence to run in isolation on IoT devices directly.

But the Seattle company has ramped up its buildout efforts, most recently with the acquisition of CyberX and Express Logic, a San Diego, California-based developer of real-time operating systems (RTOS) for IoT and edge devices powered by microcontroller units. Microsoft has also partnered with companies like DJI, SAP, PTC, Qualcomm, and Carnegie Mellon University for IoT and edge app development.