Microsoft today updated its OneNote note-taking service with optical character recognition (OCR) support across all platforms. The company also released a new version of its iPad app, adding handwriting and drawing support, which you can download now directly from Apple’s App Store.

Until today, OneNote only supported OCR in the Windows desktop app, which just last week became completely free. OCR support essentially lets users search for text within images (inserted photos, PDFs, or screenshots), whether they’re of a to-do list, shopping list, receipt, recipe, menu, or anything else with typed text.

Today’s update means text within any new image inserted into a notebook saved on OneDrive will be searchable in OneNote on all PCs, phones, tablets, and even OneNote Online. Best of all, you don’t even have to update your OneNote app, Eran Megiddo, Microsoft’s general manager for OneNote, confirmed with VentureBeat.

Whether you’re using OneNote for Windows, Windows Phone, Android phones and tablets, iPhone, iPad, or Mac, you’ve just gained a new feature without doing anything. This is possible because Microsoft has essentially moved its OCR technology from the Windows app to the cloud, Megiddo explained.

To try the feature out, just add a picture that contains text to any OneNote notebook saved on OneDrive. The service will automatically process the images when you upload them; all you have to do is wait and they will show up in search results after “about five minutes.”

Before today, OneNote handwriting and drawing was available on Windows PCs, Windows tablets, and Android tablets. With the iPad gaining the feature, all tablets that can run OneNote (or as Microsoft puts it, “all of the most popular tablets”) can now handle digital ink.

To pen notes or draw something in the iPad app, tap the new Draw tab on the Ribbon, and select a pen, marker, or highlighter. From there, write, sketch, or doodle as you please. 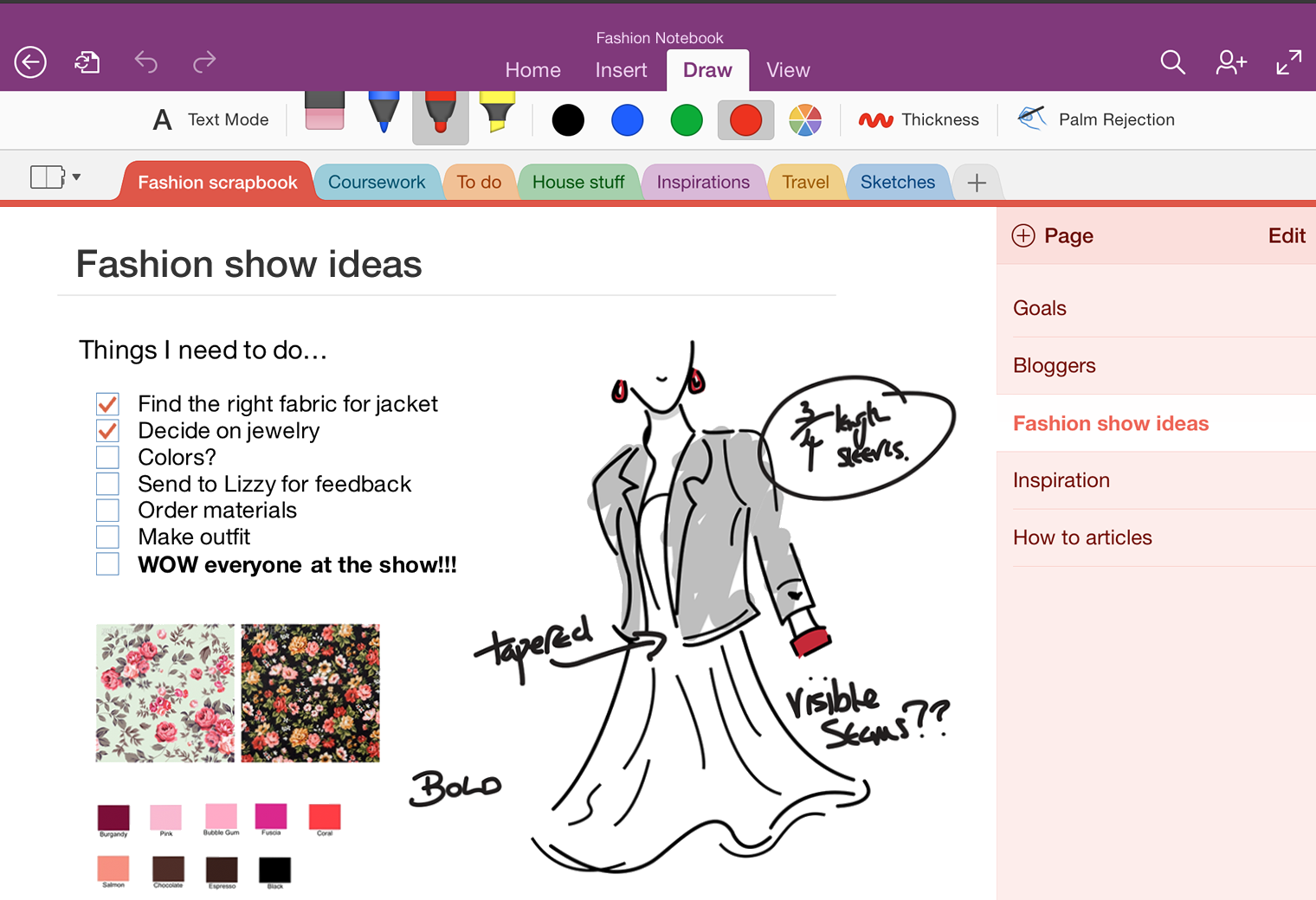 Microsoft says it has learned a lot since 2003, when it added inking to OneNote for Windows. OneNote for iPad reflects the company’s observations from studying and understanding how people use digital pens.

The new app offers four classic pen colors (black, blue, green, and red) front-and-center, but you can tap the color wheel to display 20 more. It also now offers an endless digital canvas: You’ll never run out of space — it automatically expands pages as you type or write. 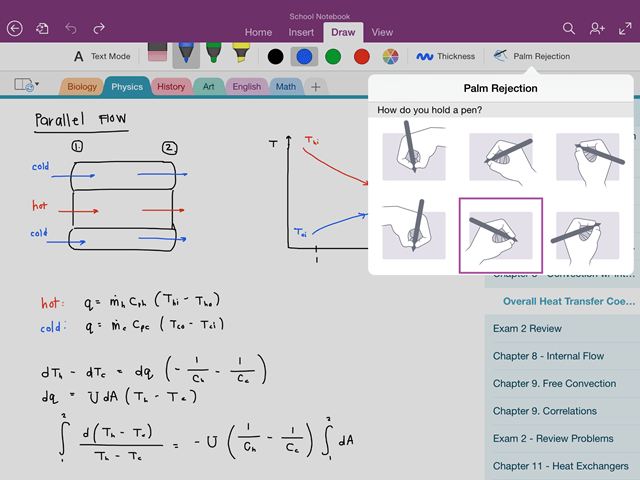 You can use two fingers to scroll the page, pinch to zoom in on small details, and zoom out to get the big picture. If you’re using a stylus, you don’t have to worry about resting your hand on the screen: OneNote for iPad detects your palm and ignores it (to set this up, tap Palm Rejection on the Ribbon, and choose the image that most closely resembles how you normally hold a pen). Microsoft claims this works “with any stylus whether you’re left-handed or right-handed.”

Microsoft says OCR support will be expanded to images from your older notes “in the coming months.” Handwriting is still not available on smartphones, but that feature is also on its way, Megiddo told us. He also shared a lot more about the future of OneNote.