Microsoft today announced it will be replacing its enterprise-focused instant messaging app Lync with a new Skype for Business tool. The company is promising Skype for Business will remain an Office 365 service when it replaces Lync sometime “in the first half of 2015.”

Microsoft Lync, formerly known as Microsoft Office Communicator, uses Microsoft Lync Server, the software infrastructure for enterprise instant messaging, presence, VoIP, conferencing, and so on. Microsoft says Skype for Business will arrive with a new client experience as well as a new server release (Lync Server 2013 will be upgradeable to the new Skype for Business Server right in your datacenter, while Microsoft will take care of the required updates for Office 365 customers).

As you can see above, Microsoft is adopting the Skype icons for calling, adding video, and ending a call. Even Skype’s call monitor, a small active call window visible even when a user moves focus to another application, is included.

Skype for Business also builds on all of the capabilities of Lync, including content sharing and telephony. Microsoft says transferring a call now takes only one touch or click instead of three (why this could only be done as part of a rebrand is beyond us). In other words, Skype for Business will essentially be Skype with Lync’s enterprise security, compliance, and control features. 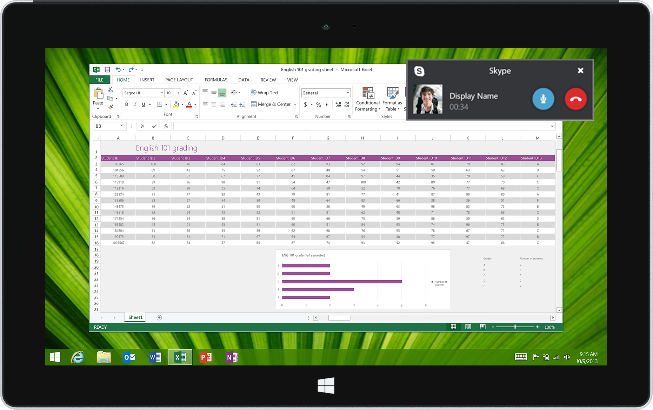 Today’s move is part of a longer consolidation story for Microsoft. In November 2012, the company shut down Windows Live Messenger (previously MSN Messenger), and in May 2013, Lync and Skype were integrated so users could communicate across the two platforms.

Messenger is out of the picture, Lync is heading the same way, and Skype will be all that’s left. Unfortunately, the new service is named “Skype for Business” as opposed to just Skype. 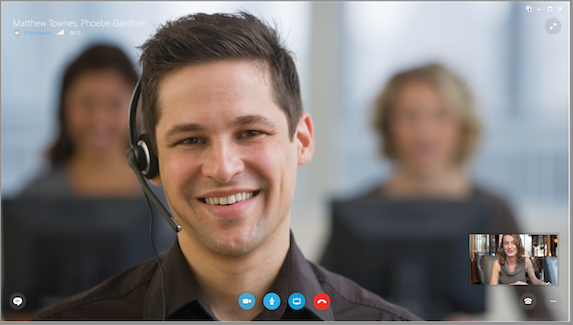 We’ve seen this before. When Microsoft rebranded SkyDrive to OneDrive in February, SkyDrive Pro became OneDrive for Business. Thankfully, Microsoft smartened up in August and merged OneDrive for Business with OneDrive. Such a move may not happen as quickly in Skype’s case, but we wouldn’t be surprised if it followed in OneDrive’s footsteps.

Lync can be set up to work within an organization, between organizations, or with external users on the Internet. Microsoft sees the Skype name as an opportunity to push the third option. “We believe that Skype for Business will again transform the way people communicate by giving organizations reach to hundreds of millions of Skype users outside the walls of their business,” Gurdeep Pall, corporate vice president for Skype, said in a statement.

Skype is used by some 300 million for messaging, calling, and sharing. Lync is used by thousands of organizations for voice, video, and conferencing. Put those two together, and you’re getting quite close to Facebook Messenger’s 500 million monthly users.

Since the release is still many months away, Microsoft isn’t sharing any more details. That being said, current Lync customers are being told to ask their Microsoft sales specialists or partners about Skype for Business.