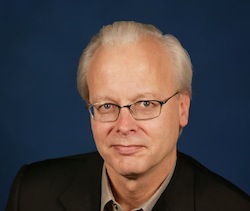 Microsoft’s chief software architect Ray Ozzie weighed in at Microsoft’s Professional Developers Conference today on the battle between different smartphone platforms (including Windows Mobile). It’s not the applications available on the various platforms that will be the differentiators, Ozzie said, even though that’s what many companies and writers seem to focus on.

“All the apps that count will be ported to every one of them,” he said. “I don’t think there’s going to be differentiation at the app level.”

It’s a completely different situation from the PC market, where software’s built to run on a Windows or a Mac, he said. Mobile apps require very little development, so it’s much easier to bring them onto every platform

Of course, Ozzie would want to believe that, since the iPhone has a huge lead in the number of apps (which Apple loves to crow about). Ozzie’s statement also contrasts with Google’s Vic Gundotra, who has been advocating more mobile-friendly websites, rather than native apps — Gundotra even said Google isn’t “rich enough” to build apps for every smartphone.

Ozzie made his comments during a group interview with a number of tech bloggers. Earlier this morning, he announced the launch of Windows Azure, Microsoft’s platform for running applications in the Internet cloud. Just-announced users of Azure and other Microsoft development tools include social network aggregator Seesmic, blogging platform WordPress, and Cheezburger Network, which runs a number of popular humor sites. He also announced a project code-named “Dallas” that’s built on Azure, where developers and users can access different kinds of data, with datasets from the Associated Press, NASA, Data.gov, and others to start.

The interview also covered some of Microsoft’s approaches to web and cloud development. One reporter asked about the competition between Microsoft’s Silverlight technology, which powers web applications and media, and standardized web formats like HTML that aren’t owned by any company. Bob Muglia, president of Microsoft’s server and tools business, said the two can coexist. It makes sense for many developers to use HTML, especially as it becomes more powerful, but “there will always be opportunities for people to build apps that go beyond what standards can do,” he said.

Ozzie also noted that as browsers and web apps become more powerful, the distinction between websites and client software that’s installed on your PC will continue to blur. At a certain point, developers may have to wonder, “Is the client just a piece of a website?”