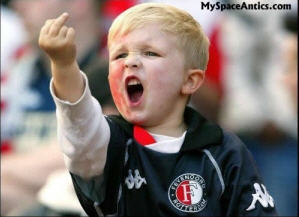 Yesterday I wrote about Ewan MacLeod’s claims that Silicon Valley developers are missing out on potentially lucrative markets by ignoring Nokia’s Ovi Store. I titled the post “iPhone devotion blinds Silicon Valley app developers,” and a number of developers took offense. Most notably, well-known blogger and mobile developer Mike Rowehl. Since then, we’ve seen developers list the panoply of challenges they face when designing for platforms other than the iPhone.

Here’s a sampling of their responses:

“I know what’s out there. I’ve been running free events in the Bay Area for more than five years now to try to bolster the mobile community when nothing else would. I’ve been working in the industry for about three times as long. I’ve developed for just about every platform, and I know the ecosystem extremely well. It’s not that I’m blind to everything else. I know everything else that’s out there, and because of that I’ve chosen to develop for iPhone. . . . Is the Nokia store supposed to challenge Apple? Or Microsoft supposed to? Or RIM? You know what folks, you had your chances. If you want to impress me, if you want me to start developing for your platforms again, get your houses in order. Once things change, once you get your stores developed, released, and proven as a good commercial channels to end users — then we can talk again. Until then we’re all just going to keep laughing at you and developing for iPhone.”
— Mike Rowehl on his blog This Is Mobility.

“The developer support on the iPhone side is years ahead of the other platforms both in terms of code objects, documentation, and quick constant positive feedback from friends and partners who all own the device. A national marketing campaign that emphasizes applications as the primary device feature doesn’t hurt either. Speaking as a developer and for fellow developers, iPhone development is fun and enjoyable development again. No one is going to do S60 or WindowsMobile dev for fun and those companies haven’t proven anyone will make money either. Big houses like Google, Facebook, Myspace,will all support all platforms. They can afford to. Smaller houses, not so much. Higher development costs + higher marketing risks. . . . Many of the iPhone apps are created by 1-3 person shops. Many part-time. They are supported an amazingly large number of books, blogs, screencasts, code samples, community gatherings, and apple developer resources covering the iPhone supported by a first-rate development environment with a toolkit that supports creating good looking apps easily (cheaply). Type “blackberry programming book” or “blackberry development”. Scant scant resources. Symbian/s60 too. . . . Nokia and Blackberry’s hardware and carrier focus has thus far led to lack of investment/interest/capability in software SDK design & developer support.”
— “Diesel McFadden” in response to my story.

“. . . Some people seem to write off the real enthusiasm that Apple has been able to stir up in the consumer and developer communities as some sort of cultish devotion that has no basis in reality. You know what? . . . It’s time to foster your own counter-cult or get out of the way.”
—“Jon Bell” in response to Rowehl’s post.

“As of now, Ovi is not a very developer-friendly place. Developers should get the VERY expensive ‘Java certified’ status for each app (a certificate that cost a decent list of devices could easily run up to $60k+). Nokia won’t do the app-verification process. Without doing anything to verify the app, Nokia takes a 30 percent cut on apps sold. Nokia is like the most tip-demanding waiter in a self service restaurant.”
— “Rapidmortal” in response to my story.

“. . . Developing for Symbian is extremely painful. The tool chain is cr*p on Windows platforms and even worse on Mac.”
—“Jim” in response to my story.

“RIM does not get it either. I tried to read their instructions on building html pages for the Blackberry, and I had to download a pdf file instead of reading it on an html page. To a developer that spells clueless.”
—“Dan Cornish” in response to my story.

“I would add Palm to the list as well. They had a great ecosystem before but flushed all of that down the toilet.”
—“Zen” in response to Rowehl’s post.

“I don’t blame developers for being leery of Palm. Palm screwed its Palm OS developers royally, beginning with its adoption of WinMo, and any serious businessperson would be foolish to forget that. Palm has suffered from bad management for an astonishingly long time – and WebOS doesn’t fundamentally change that fact.”
— “thegeniusfiles” in response to GigaOm’s coverage of the Skyhook Wireless study.

“I love how Apple sent a wake-up call to the mobile phone industry, and now they’re all scrambling to catch up! Reminds me of how Microsoft has for decades treated developers to garbage products because they didn’t have incentive to produce quality. I hope the desperate attempts at copying Apple fail for all these wanna-be players. And I hope the iPhone puts them out of business, with no hope for a bailout.”
—“Jim Bob” in response to Rowehl’s post.

Other respondents were a bit more hopeful:

“Whilst I don’t believe that you’re blinded by iPhone-lurve, it’s not the only game in town. There are profitable businesses running across other devices, and have been for years. iPhone has *absolutely* shown a better way and shaken up an industry for the better. I can’t wait to see what happens to the industry when the market leaders in mobile devices are as helpful as Apple have been. Whether that comes from Apple becoming the market leader, or the incumbents emulating them, I neither know nor care. It’s going to happen, and that’s a good thing for all of us.”
—“Tom Hume” in response to Rowehl’s post.

And Symbian offered up a response of its own:

“The frustration is well understood. I can wax poetic about the trials and tribulations you highlight and fill up many pints of beer with stories about the reasons why the barriers, control points, and technologies are set up this way in a Symbian and a Nokia marketplace. Rest assured, there have been many individuals involved that have been paying attention and have been acting on these needs well before the iPhone came around. It’s a big industry, and there are many strategies and initiatives to align and evolve. The Foundation we have formed and the asset distribution model we proactively endorse enables us to overcome many of those same barriers. You now get the addressable market, and many, not one object of desire. It took us a while to get here and now we have not only listened, but will continue to learn.”
— Lee M. Williams, executive director of the Symbian Foundation, in response to Rowehl’s post.

By the way, a recent study of location-based app developers by Skyhook Wireless (and covered here by GigaOm) shows that Google’s Android platform may actually be drawing more developer interest than the iPhone — although the numbers are a bit hard to interpret: 58 percent of developers surveyed expressed interest in developing for Android versus 40 percent “of non-iPhone developers” who said they were interested in porting their apps to the iPhone. Still, the survey bears out the lack of interest in Nokia’s Symbian. Only nine percent considered porting apps to that platform. RIM, Windows Mobile, and Palm registered 26 percent, 20 percent, and 8 percent interest respectively. But again, remember, the survey was limited to location-based app developers.