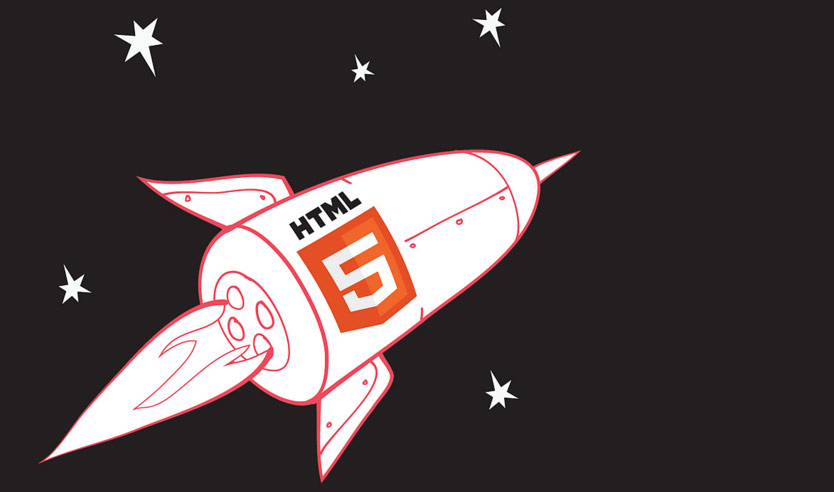 A few months ago when Facebook admitted defeat and went native with its iOS app, some thought it was a death-knell for HTML5. But most of the 4,034 developers in a recent survey disagree — vehemently.

In fact, according to the recent survey by mobile app tools vendor Kendo UI, 94 percent of developers are either using HTML5, or plan to start using it this year, leaving only a minuscule six percent who have no plans to develop with HTML5 before 2013 rolls around in just two short months. 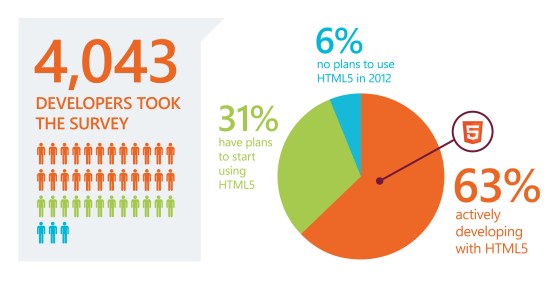 That’s the kind of stat that is sometimes easy to manipulate when there’s a larger percentage in the wishy-washier “planning” segment, but not in this case, with a full 63 percent of developers using HTML5 today.

HTML5 is an updated version of the old-school hyper-text markup language that makes up much of the web today. It enables developers to build on their existing knowledge of web technologies such as HTML, Javascript, and cascading style sheets to create mobile apps through frameworks such as Adobe’s PhoneGap rather than having to learn Objective-C to write full-native iPhone/iPad apps, or Java to write Android apps. Probably even more importantly, by using cross-platform technologies like PhoneGap, HTML5 enables developers to write their apps once and deploy on all major mobile platforms.

Given the numbers who are already using HTML5, it’s no shock that 82 percent of developers also say that the technology will be important to their jobs in the next year, and a further 12 percent believe it will be become important within the next two years.

Developers’ rationale for using and preferring HTML5 is no shock to anyone who’s ever developed native apps for multiple mobile platforms. Sixty-two percent said that HTML5’s ability to enable cross-platform support was an important factor in choosing the technology, with another third saying that the availability of tools and code libraries make it appealing.

And what about Facebook’s move away from HTML5. Apparently, that hasn’t shaken developers’ belief in the technology — half of them weren’t even aware of the move. Of those who did, however, while 17 percent had less faith in HTML5 after the news, 18 percent had more faith.

The survey is obviously from a company with a vested interest in HTML5 adoption, but it jibes with what I’ve heard from people like Andi Gutmans, key developer of the PHP programming language and current CEO of Zend, who is pushing what he calls cloud-connected mobile apps and just released a version of Zend Studio that enables developers to build native mobile apps with familiar web technologies.

Which, frankly, just makes sense if you don’t want to build the same app three times for iOS, Android, and Windows Phone … and if your app is not the most computationally intensive app in the world and absolutely needs to be fully native for performance reasons.