In the past year, Moleaer has grown rapidly, tripling in size, and expects to continue to see that growth going forward. The company has over 1,000 installations and is treating more than 225 million gallons of water per day in agriculture, aquaculture, surface water, and natural resources.

Moleaer already has proven its technology can increase berry size by 14% and the biomass of salmon by 22%, and it is working with NASA to grow crops in outer space. Before we say that Moleaer makes the leading nanobubble technology, though, we should explain what nanobubbles are and why they’re a really cool technology.

Nanobubbles are extremely tiny bubbles that are invisible to the naked eye, approximately 2,500 times smaller than a single grain of table salt. They remain suspended in the water for long periods of time, acting like a battery that delivers oxygen continuously to the entire body of water. Moleaer’s nanobubble generators regulate and increase the oxygen levels in water supplies. As oxygen is consumed, the nanobubbles diffuse more oxygen into the solution, sustaining the level of dissolved oxygen.

Nanobubbles provide a natural oxidant that can disinfect surfaces, destroy algae cells and toxins, and reduce the presence of pathogens in water, the company says. Moleaer’s engineering team is partnering with universities, including Arizona State University, Clemson, Wageningen University, and Virginia Tech University, to validate new applications of nanobubble technology.

Moleaer says its nanobubble technology increases the throughput of wastewater treatment systems and wastewater quality. It also reduces operational costs and chemical consumption for produced water treatment; improves water quality for growing fruits, vegetables, and leafy greens; and prevents the build-up of disease and fungal bacteria in fish farming, according to the company.

Its proprietary nanobubble technology provides the highest proven oxygen transfer rate in the aeration and gas-to-liquid transfer industry — 85% compared to the typical 1% to 3% — according to UCLA professor Michael Stenstrom. The company says this high oxygen transfer rate enhances the productivity of industrial processes, from food production to water treatment to resource recovery.

Its generators are removing harmful contaminants from water supplies; improving fish and crop production; and reducing the operational costs and environmental impact of oil production and mining, Moleaer says.

Nanobubbles are 70 nanometers to 120 nanometers in size, and they can be formed using any gas and injected into any liquid. Due to their size, nanobubbles exhibit unique properties that improve numerous physical, chemical, and biological processes. 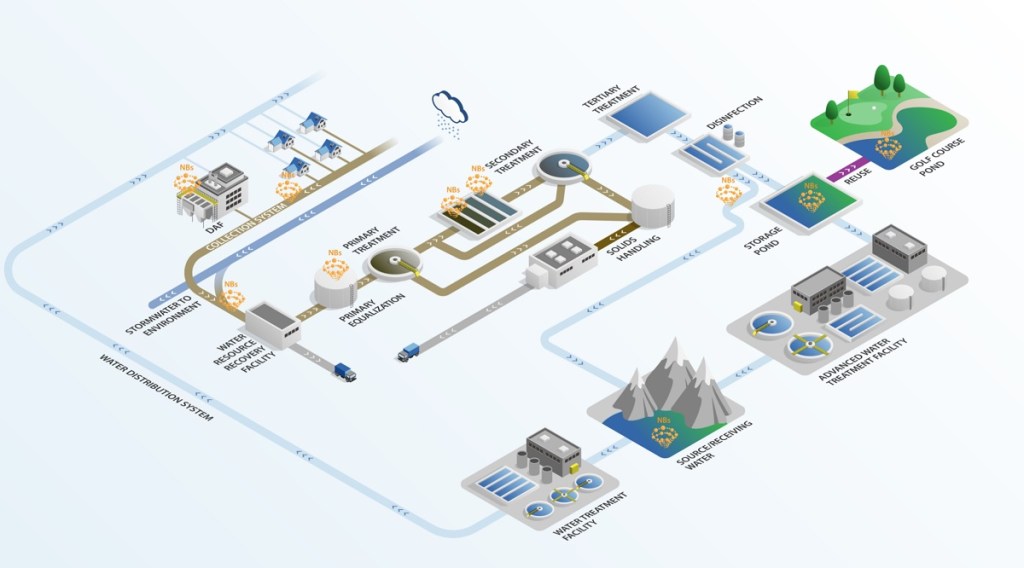 Above: How Moleaer treats water with nanobubbles.

Moleaer is a California-based nanobubble technology company that was founded in 2016 with a mission to enhance and protect water, food, and natural resources. Warren Russell and Bruce Scholten — who have a combined 35 years of experience in the water, wastewater, and environmental services industries — started the company.

It all started when they got together in a company that operated in Abu Dhabi, UAE. After winning a tender for an offshore oil company, they quickly recognized a major limitation to success in a hot climate: adequate dissolved oxygen in warm wastewater. From there, the two innovators began research methods in which to dissolve gas into a liquid while keeping dissolved oxygen suspended in adequate quantities for longer periods of time. That’s when they discovered nanobubbles. These bubbles appeared to provide a way for them to support a biological treatment process in extreme conditions. The two then began working on developing a prototype — the foundation on which Moleaer was built. As they continued to develop the equipment, it exceeded all expectations. They were able to build this out for different industries and applications.

In 2016, Scholten discovered a new method to produce billions of nanobubbles at an industrial scale. From there, the team’s discoveries lead to exponential growth in university-led application research and nanobubble commercialization. Moleaer officially launched its first nanobubble generator, focused on supplemental aeration for underperforming wastewater treatment plants.

Jeff Green, the executive chairman, has spent his career founding and growing technology companies. He is an entrepreneur in the digital and sustainability sectors, having founded, run, and invested in several companies, including Rusheen Capital Management, NanoH2O (acquired by LG Chem), and Stamps.com. In 2019, he was named to the Global Water Intelligence water technology power list as an investor and business executive.

The company has established the nanobubble industry in the United States by developing what it claims to be the most cost-effective, efficient, and scalable nanobubble technology for municipal and industrial applications, and by being the first nanobubble technology company to manufacture its products in America. Moleaer says it’s reducing industry reliance on expensive and harmful chemicals, thus cutting costs and increasing productivity. 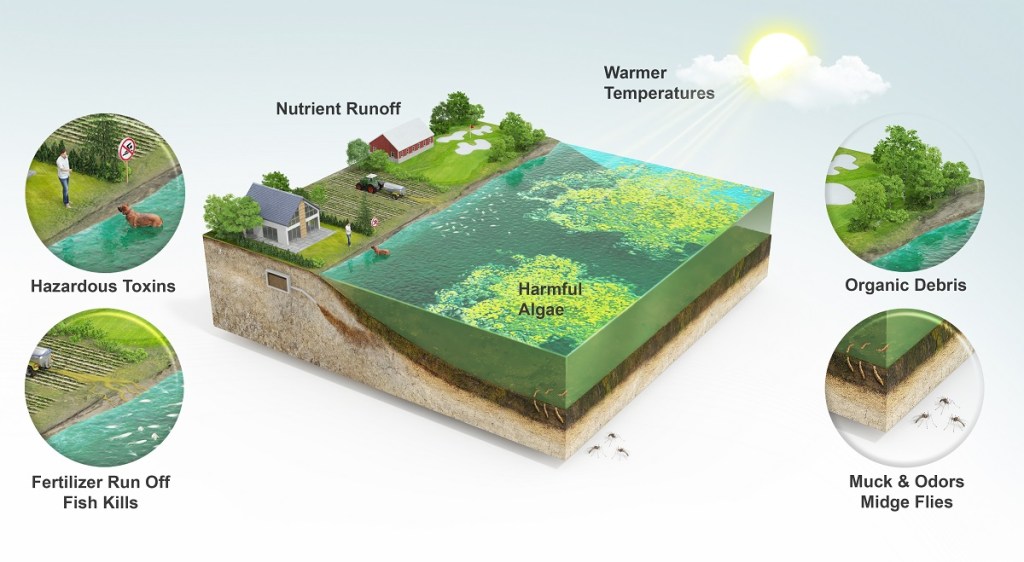 With warming climates and severe droughts, farmers and growers are challenged to meet current and future food demands. To adapt, farming is migrating to controlled, indoor environments, but those come with higher costs.

One solution is nanobubble technology, which Moleaer calls a cost-effective and efficient method for improving and optimizing water quality, increasing crop production and plant health, and reducing risks from disease. Moleaer has two products for the horticulture industry: the Neo Nanobubble Generator and the Bloom Nanobubble Generator.

Moleaer says it has successfully deployed its nanobubble generators at more than 350 customer sites worldwide, including 100 greenhouses. 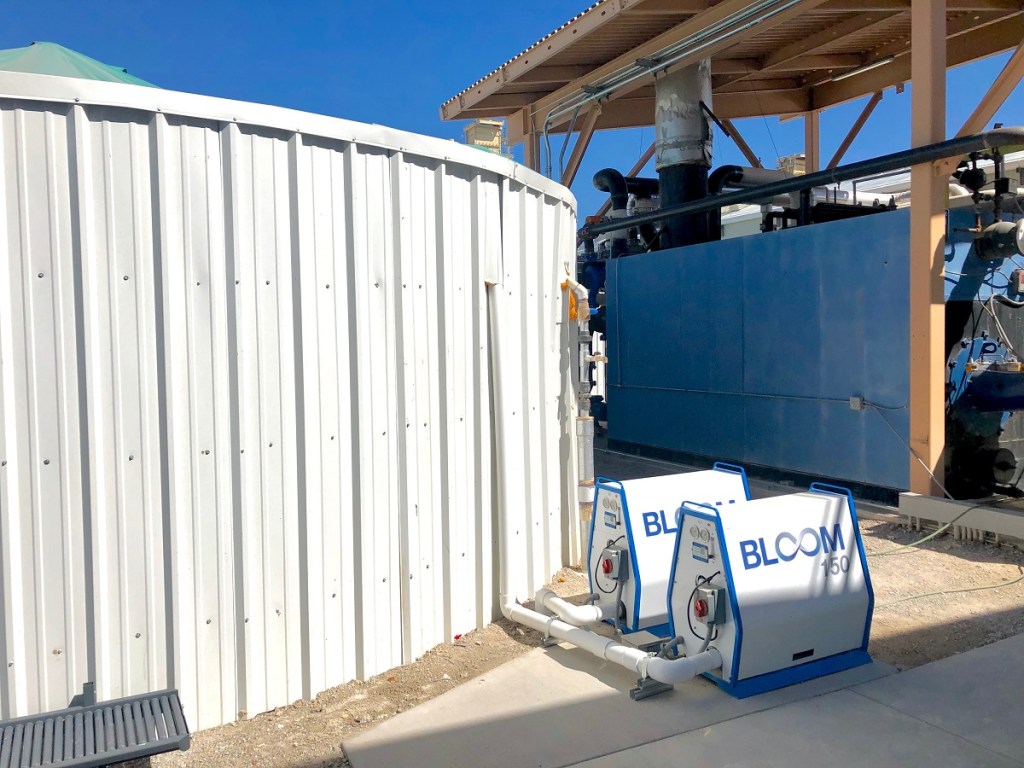 Moleaer has developed five nanobubble systems, all built on the same patented nanobubble generator technology, with different capacities and capabilities for different applications. These units are Bloom, Clear, Optimus, XTB, and Neo.

Moleaer says its nanobubble generators have increased the dissolved oxygen transfer rate into the water by up to 30 times. Its technology has led to increases in the yield of specialty crops by 25%, the company says, and growers have reduced time-to-harvest by up to 25%. Nanobubble technology is a more cost-effective solution than traditional methods for oxygenating water in a greenhouse, and nanobubble generators provide a scalable and sustainable alternative to expensive chemical-intensive systems and processes, Moleaer says.

In agriculture, its technology increases productivity by improving irrigation water quality, resulting in 50% reduction of crop loss by disease and increasing crop yields and berry size by 20% and 14% respectively, the company says. In salmon farming, Moleaer says its technology has demonstrated a 22% increase in biomass production, a 60% reduction in oxygen usage, and a 42% reduction in electricity consumption. Other installations of Moleaer’s nanobubble technology restore water bodies by eliminating harmful algae and pathogens as well as increasing the recovery of natural resources. 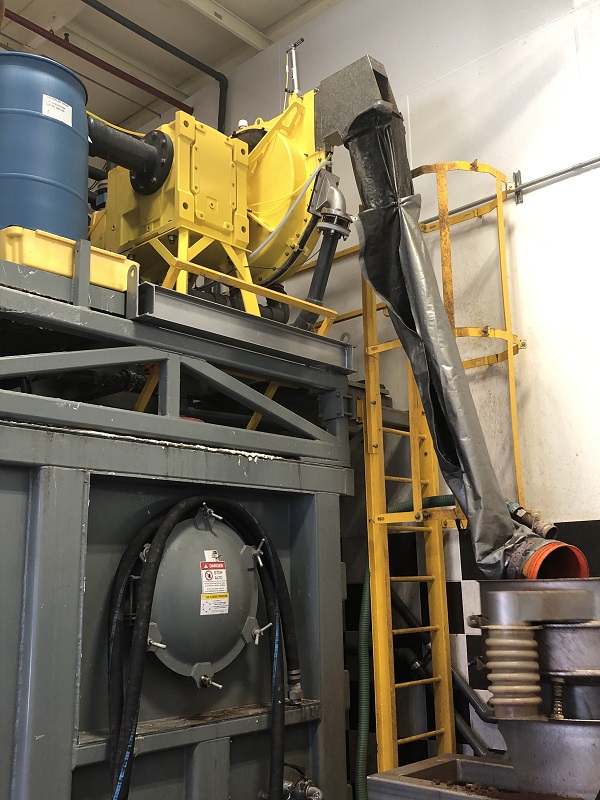 S2G Ventures’ Oceans and Seafood Fund led the round, and it was joined by existing investors ADM Capital’s Cibus Enterprise Fund and Energy Innovation Capital.

Moleaer will use the latest funding to expand the company’s global commercial and manufacturing operations, advance its research and development of new nanobubble applications, and introduce new service offerings, including equipment and water quality monitoring and nanobubbles-as-a-service (NaaS).

CEO Dyner said in a statement that the financing round — the largest of its kind for a nanobubble tech company — demonstrates the importance of innovative technologies that improve the sustainability of food production and water treatment. With issues of food insecurity and the growing deterioration of global water quality, industries are looking for environmentally sound solutions to meet the challenges associated with climate change and resource scarcity, he said. Dyner said the funding will allow the company to accelerate its global expansion to meet these needs, whether that’s in food, water, energy, or other applications.

Larsen Mettler, S2G Ventures managing director, will join Moleaer’s board. In a statement, he said the company’s nanobubble technology has incredible potential to make agriculture and aquaculture more sustainable and productive by restoring the health of aquatic systems and providing meaningful advancements in water quality. He said he is thrilled to back Dyner and the Moleaer team as they scale the business to achieve even greater impact across multiple parts of the food system.

Moleaer is one of the first companies to receive funding from the newly formed Oceans and Seafood Fund, which is focused on advancing sustainable solutions for an industry that provides the primary source of protein to more than three billion people.

The Cibus Enterprise Fund, which focuses on addressing the challenges of sustainable food supply and improving nutritious content — alongside Energy Innovation Capital, which looks to improve operational efficiency and sustainability in energy — increased their investment in Moleaer.

Moleaer has 42 employees and it has raised $20 million to date.