Fresh off its brand redesign, Mozilla has released The Internet Health Report, an open-source initiative to document the state of the internet, combining research and reporting from multiple sources. The report, which will be improved and expanded throughout the year, covers five key topics: decentralization, digital inclusion, open innovation, privacy and security, and web literacy.

One notable statistic is the number of people who can’t get online in the first place. The report shows that 57.8 percent of the world’s population cannot afford broadband internet, and 39.5 percent cannot afford an internet connection on their mobile device.

Other findings include the fact that there were 51 intentional internet shutdowns across 18 countries in the first 10 months of 2016; almost one-third of the world’s population has no data protection rights; and 52 percent of all websites are in English, even though only 25 percent of the global population understands the language. We can’t help but notice Mozilla’s report is only available in English, French, Spanish, and German, though it will likely be translated to more languages as it grows. 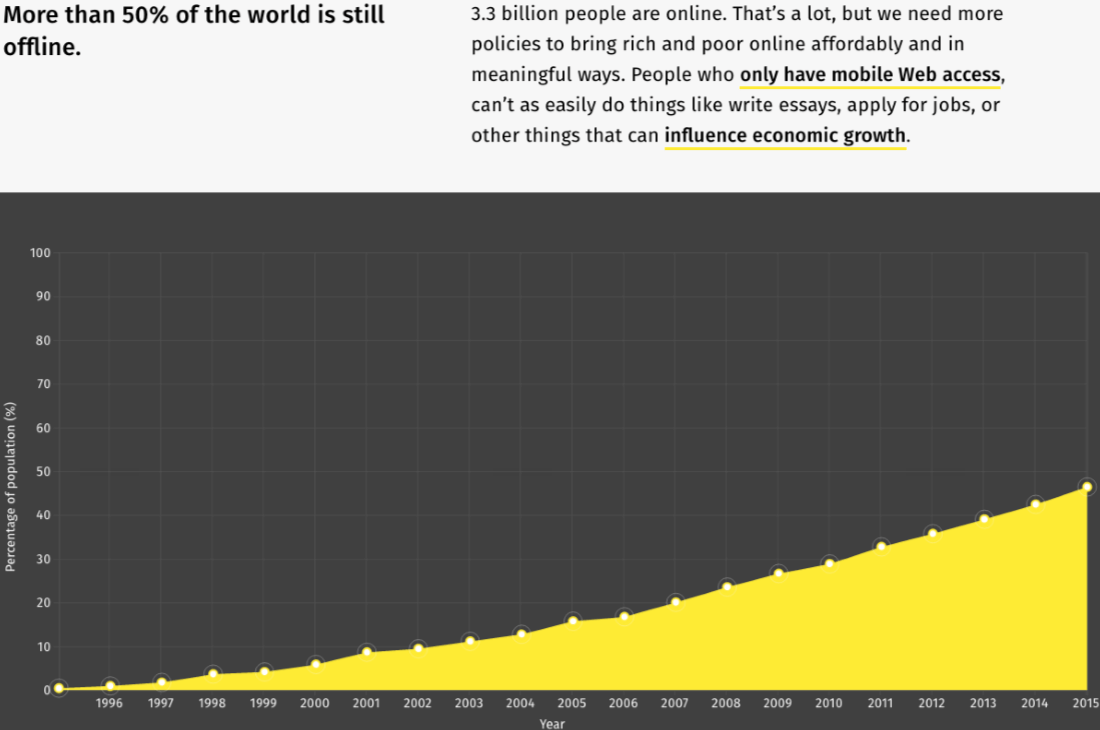 And that’s really the interesting part of today’s announcement: not the various findings in The Internet Health Report, but the report itself. Mozilla’s goal is to start a constructive discussion about the health of the internet by exploring what is currently healthy and unhealthy, as well as what lies ahead.

Furthermore, today’s release is just a prototype. There’s a roadmap for this year that brings The Internet Health Report to version 1.0:

It’s great to see Mozilla focus on projects that are central to helping the internet grow and thrive. While an open-source document won’t do much on its own, it can help educate and inform those who can make a difference.

You can read the full 40-page report below: