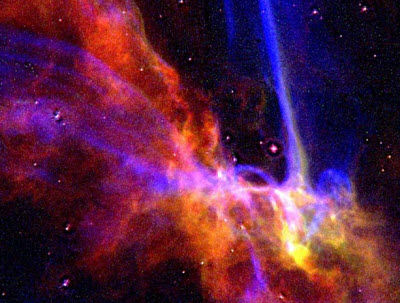 Cloud-infrastructure startup Nebula envisions a day when every company will be able to implement cloud computing as easily as plugging into a an electrical utility.

By taking advantage of open source technologies, the company hopes to create hardware appliances with all of the necessary software for companies to create their own low-cost data center computers.

It fits with the revolution happening in big data, where the amount of data generated by applications such as Facebook is far exceeding the processing and storage capacities of most companies. Analyzing this massive set of data yields big insights for companies that can process the feedback and improve what they offer to consumers. But this “big data analytics” needs cloud computing infrastructure that can expand or contract, like a utility where you can dial up or dial down your electrical usage.

If it succeeds, Nebula could commoditize the major hardware makers and possibly any company that gets big margins out of data center computing. It will allow small companies to deploy data centers much like those run by the likes of huge companies such as Facebook or Google.

That may sound pretty ambitious, but the little startup already has a lot of firepower. The company was founded by Chris Kemp (pictured), the former chief technology officer at NASA, and other team members come from NASA, Google, Amazon and Microsoft. It has backing from Kleiner Perkins Caufield & Byers and Highland Capital Partners, as well as early Google investors Andy Bechtolsheim, David Cheriton and Ram Shriram. The funding amount wasn’t disclosed. 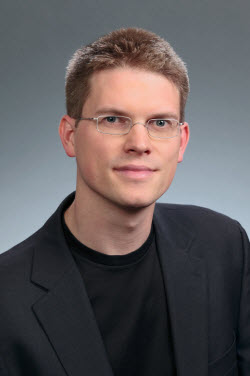 The Palo Alto, Calif.-based company is coming out of stealth mode today in a speech at OSCON, an open source conference in Portland, Ore. The appliances are based on OpenStack, a technology that Kemp created at NASA to basically create an “infrastructure in a box.”

“I’m pulling together the team that built that,” Kemp said. “We are powering the cloud for the rest of the planet. Anyone who wants to deploy a cloud can use our little black box.”

Nebula is creating a turnkey system, a box you plug it to create a private computing cloud. As such, Kemp said in an interview this technology can shift the fundamental economics of computing by allowing businesses to easily, securely and inexpensively deploy their own personalized data centers from thousands of inexpensive computers with minimal effort.

“Until today, this computing power has only been accessible to organizations like NASA and a small number of elite Silicon Valley companies,” said Kemp, who is CEO of Nebula, in a press release. “We intend to share it with the rest of the world.”

John Doerr, the well-known partner at Kleiner Perkins, said in the PR release, “Nebula will disrupt and democratize cloud computing.”

The whole point of OpenStack is to assemble standard technologies from open source software that can be combined into simple, scalable, fast and low-cost computers. It should benefit a wide array of potential customers, from makers of social networks to gene sequencers or manufacturing supply chains.

Big server vendors such as IBM, Dell, Hewlett-Packard and others are selling servers as they seek to provide management layers for the infrastructure. While the underlying hardware is a commodity, the software that ties it all together and the service that goes with it can turn the cloud into a very expensive endeavor.

But Kemp said customers need a cheaper solution. Nebula seeks to level the playing field by delivering a large-scale computing platform with a turnkey appliance that can configure a private cloud in minutes. It relies on OpenStack software, which Bechtolsheim compares to the Berkeley version of the UNIX operating system that debuted in the 1980s.

“Nebula embracing OpenStack today is similar to Sun embracing Berkeley UNIX in the 1980s,” said Bechtolsheim. “Proprietary systems did not have a chance against open platforms. I see Nebula as the company that will bring OpenStack to the private enterprise cloud.”

Nebula will support standard commodity servers from the big server vendors. And it will also support Facebook’s Open Compute platform, which Facebook launched earlier this year with the goal of building efficient and inexpensive enterprise infrastructure.  Frank Frankovsky, head of the Open Compute Project, said the goal of releasing technologies into the open is to enable the whole industry to take advantage of and improve upon them.

Nebula is contributing to the Open Compute Project and building an appliance that can run OpenStack services. Product trials will begin in the fourth quarter with energy, finance, biotech and media companies. Nebula will certify reference architectures as Open Compute compliant. Each appliance is a cheap server that can control 20 compute and storage nodes. The design is a lot like Amazon’s Elastic Compute Cloud.

“You buy 10 or 100 of our boxes and plug a whole rack of servers into our boxes,” Kemp said. “It is data center infrastructure, offered as a service. This is the kind of shift that has to happen if the data center revolution is going to proceed.”

Besides Kemp, Nebula’s co-founders include Steve O’Hara and Devin Carlin. The created the company in April and named the company after a project that Kemp started at the NASA Ames Research Center.