As a creator of some of the internet’s biggest brands, Jim Clark should require little introduction. But the 73-year-old Texan billionaire doesn’t garner the same kinds of headlines as Bill Gates, Steve Jobs, or Mark Zuckerberg.

In 1981, computer scientist Clark cofounded Silicon Graphics, a high-performance computing hardware and software manufacturer that became pivotal to the production of visual effects and 3D imaging within the movie industry. After leaving Silicon Graphics in the early 1990s, Clark went on to found Netscape — the famous early web browser — and Healthscape, which later became Healtheon and then, via an acquisition, WebMD, the online health information publisher that was acquired for $2.8 billion just last month. 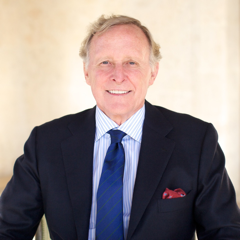 It’s against this illustrious backdrop that VentureBeat was keen to learn about Clark’s latest venture, one that again ends in “scape.”

Launching today, CommandScape is striving to bring a “state of the art” building management system to properties, including both premium residential and commercial buildings. In real terms, this means that CommandScape will offer controls for video surveillance and security, aircon, motion-activated lighting, and everything in between. This will all be underpinned by “an entirely new cybersecure platform,” the company said in a statement.

“There has been limited building management innovation over the last several years and in turn, there remains a need for a highly secure and integrated control system suitable for commercial properties and large homes,” said Clark, who serves as CommandScape’s chairman and sole founder. “CommandScape solves that problem with the next generation of security and control that allows users to connect and manage their property though an intuitive application anywhere and anytime.”

A key facet of CommandScape’s offering is its mobile-first visual interface. Property owners and managers will see a floor plan of their building(s) and through the app they can zoom in and interact with specific features, such as lighting and blinds, or take a look at what’s going on in a room via an installed security camera. Above: CommandScape: Viewing a video

Through the CommandScape app, users can also manage multiple properties from around the world, which may come in particularly handy for businesses like hotels. And the platform allows owners and managers to authorize individuals with remote access to specific properties, granting different degrees of permission depending on the building or other requirements of a given space. 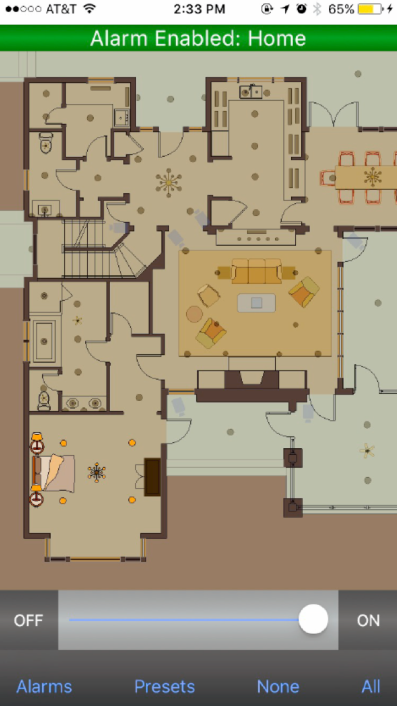 It’s worth noting here that CommandScape isn’t just a software company that leans on third-party hardware. At launch, the company’s own physical products cover custom lighting, shades, and fan control. The company also manufactures security products, including “specially designed motion detectors,” a spokesperson confirmed to VentureBeat. However, CommandScape does rely on partner hardware companies for some things, including video cameras and “various other system components.”

For now, CommandScape has the financial backing of Clark himself, who we’re told has plowed $10 million into the venture. The company counts 25 employees at launch, including Don Boerema, formerly chief corporate development officer at ADT Security Services and now president and CEO of CommandScape.

“CommandScape is the culmination of Jim Clark’s prior business ventures, and together we’re determined to bring a compelling experience for customers and integrators alike,” said Boerema. “CommandScape provides property owners a secure and integrated experience that offers flexibility, customization, and peace of mind through a sophisticated and secure combination of hardware and software. We built this solution with very clear customer needs in mind and are fully committed to delivering secure solutions that delight our customers with every aspect of our system.”

CommandScape’s origins can actually be traced back more than a decade. A VentureBeat report from 2005 noted how Clark and CommandScape planned to begin marketing software that Clark himself had developed to automate his personal yachts and Florida mansion. “I don’t have in mind a massive consumer play here,” Clark said at the time. “There is a potential to build a nice, tidy little business.”

So did it really take 12 years of development to get to this stage? Not quite. The original software was designed to meet Clark’s personal needs, and although he had previously acknowledged its commercial potential, it wasn’t until 2015 that he decided to kick off the business venture.

“There was never any intention to formally go to market until a couple of years ago,” a spokesperson told VentureBeat.