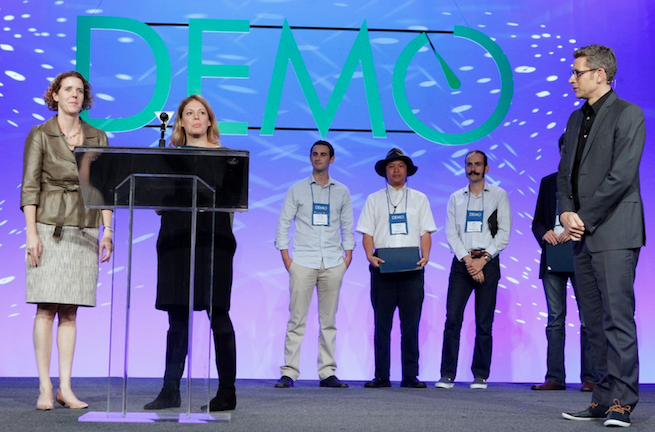 Neurotrack, the startup that won the health prize at this year’s SXSW, has pulled in a round of seed funding, according to a Form D filing.

The $90,000 boost from angel investors is the first outside capital for the company with a diagnostic test for Alzheimer’s disease.

CEO Elli Kaplan is aiming her life’s work at Alzheimer’s and related disorders. “I watched two of my grandparents die ‘alone’ because they could no longer remember their family members who were sitting at their bedsides,” she said.

Neurotrack’s test is bolstered by 25 years of neuroscience research. Millions of dollars from foundations and grants have already been poured into the technology, which was developed by researchers at Emery University.

The company offers a computer-based cognitive test that can detect an impairment on the Hippocampus, the first structure in the brain to be impacted by Alzheimer’s. The program evaluates patients’ eye movement — and the time spent looking at familiar and new images.

Kaplan was impressed by the technology, which she claims could predict patients with a high risk of Alzheimer’s up to six years prior to the onset of the disease. So Neurotrack licensed it and is beginning to commercialize the test by selling to pharmaceutical companies.

“The biggest issue that pharma companies have is populating clinical trials with people who are pre-symptomatic,” said Kaplan. To develop drugs to treat Alzheimer’s, they need access to patients before irreparable damage is done.

The Alzheimer’s Association reports that about 5.4 million Americans have Alzheimer’s – and that number is expected to rise to 16 million by 2050. But Kaplan is convinced that we’ll someday develop a drug that can cure the disease.

For now, informed patients can make lifestyle changes (exercising more, adapting eating habits) and take medication to delay the onset of the disease. “We know that some of the symptom-treating drugs are more effective the earlier you can start them,” said Kaplan.

Results from the most recent research is very promising — according to Kaplan, the participants who scored below 50 percent on the test have all received an Alzheimer’s diagnosis within six years. None of those scoring above 67 on the test have converted to Alzheimer’s. Ninety-two people participated in the study.

Neurotrack isn’t ready for the public yet — but if and when it becomes available, Kaplan said, people in their 50s will get tested every year. Patients with a family history of Alzheimer’s may receive the test earlier.

Kaplan would not yet disclose pricing information for the test when it becomes available. The company is in the midst of fundraising for its next round and is still fleshing out its go-to-market strategy. It is a graduate of Rock Health Boston, which has a strong relationship with venture firm Kleiner Perkins, and first launched at DEMO.

Top image of the founders at DEMO via Flickr