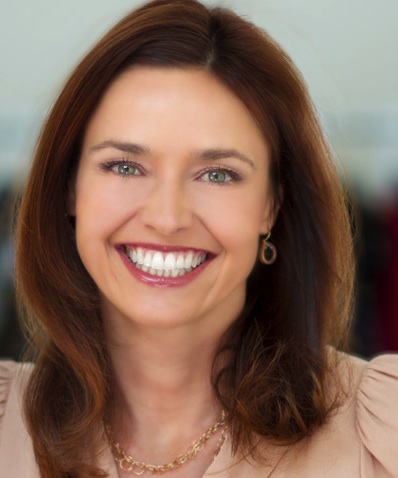 Amid sweeping accusations that Silicon Valley venture capital firms have failed to attract female talent, one women-only firm has been quietly raising millions for its first institutionally-backed fund.

If you haven’t heard of Forerunner Ventures, you probably will soon. This firm has been making its mark in the fashion world. In its first year, Forerunner made strategic investments in companies like Bonobos, Birchbox, Warby Parker, Hotel Tonight, Snapette, and Threadflip. And today, Forerunner announced it had closed a cool $40 million to continue funding up-and-coming digital commerce startups.

The firm has only been around since 2010, and already Forerunner Ventures has made some promising-looking investments. The secret ingredient is Kirsten Green, the firm’s managing partner, who has a clear vision for success, one that has been almost a decade in the making.

“I realized when I was in finance that it would be more interesting to identify early trends in retail, and young companies with big IPOs ahead of them,” she said.

Green is primarily looking for consumer-facing companies (although Forerunner has recently stepped up its investment in business-to-business) with a clear-cut plan for making money. It’s not enough to gain millions of users now, and figure out how to make money once the startup hits a certain threshold — Green wants to see monetization built in.

For instance, Green told me that Birchbox is gaining name-brand recognition with its subscription service for beauty products, but she is most excited by its potential to launch an e-commerce platform, similar to Amazon or eBay.

Green is sharp, but also personable. “If I wasn’t doing this, I would have gone to school for psychology and been a therapist,” she said. “I am the friend that people want to tell their problems to.”

Green said she has built up relationships with entrepreneurs over years, even during her career in banking and hedge funds, and is known for providing honest feedback from the outset. “It’s a personal business, so when you connect, you are more likely to get out of your chair with enthusiasm,” she said.

When asked about the benefits of partnering with a women-only firm, she treads lightly. “Having started my career in banking, I have always thought about myself in business…not as a woman in business,” she said. Forerunner Ventures isn’t the first of its kind (Golden Seeds is a popular network for female angel investors), but it is inspiring that the three women — two partners and one analyst — raised funds and forged their own firm in the male dominated world of venture capital.

E-commerce is a booming space that is flooded with young companies seeking investment. Her advice for budding entrepreneurs is to stand out from the pack.

Before approaching Forerunner, be aware that they will call you out on whether you’ve done your homework and truly understand the target market. For instance, before deciding whether to invest in one e-commerce site, the firm’s analyst, Elyse Colen, hot-footed it around San Francisco to interview dozens of boutique store owners.

Green is looking for founders with this kind of smarts and dedication, who can build a company from the ground up.

Forerunner Ventures will fund about 25 digital commerce and retail companies in the seed and series A stage, and will invest between $250,000 and $500,000.