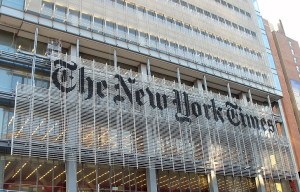 The New York Times is, for some readers, a bible of news and commentary. So it’s important whether or not the Times survives the gut-churning economic changes in the newspaper business that have knocked out the Seattle Post-Intelligencer, threaten to shut down the San Francisco Chronicle, and are forcing the Times to sell off the Boston Globe. Even angry bloggers rely on the Times — who else have they got to pick on?

Bloggers may soon need to pay for online copies of the New York Times articles they hanker to berate. The rest of us will need to pay, too. In an article published today, New York Times Company CEO Janet Robinson told the Wall Street Journal that online advertising isn’t enough to support the business model. Internal discussions of how to survive are “centered on a metered model and a Times membership model with special offerings,” she said.

The revenue from somewhere other than advertising is important, as ad sales in the second quarter fell more than 30 percent. “We are putting ourselves in a position to benefit from an upturn in advertising,” Robinson told the Journal. “We’ve done a lot to structure ourselves for a successful rebound.” The Times has an in-house lab full of big flat-panel screens that attempts to mock up ways people will read the New York Times in the next 12 to 18 months.

But while the lab, according to Robinson, has helped close some ad deals, it hasn’t yet produced a solution by which the Times can stay profitable, or even stay in business. The paper’s hope is that as readers realize what they’ll lose if the Times goes belly-up, they’ll feel good about paying to read it online.