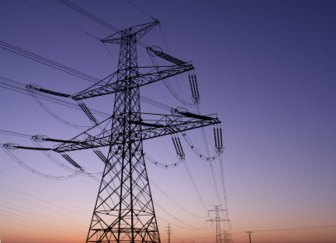 Last week, we reported that a large federal infusion for the Smart Grid was coming down the pipe. And today, as predicted, president Barack Obama used his visit to Florida’s DeSoto Next Generation Solar Energy Center to announce the distribution of $3.4 billion in stimulus grants to utilities working to build out a cleaner, more efficient Smart Grid. The sum is not only the largest amount ever invested in electrical grid improvements but is also being given to a larger group than any other stimulus cleantech awards.

Utilities received the bulk of the money — but all told, more than 100 energy vendors, equipment manufacturers and other Smart Grid-related companies were named to divvy up the pie. These companies fall into four categories: $1 billion for consumer-facing home energy monitors and other devices that will help average people make real-time conservation choices based on pricing; $400 million to retrofit energy distribution and transmission with digital and automation technology to increase efficiency and security; $2 billion dedicated to making sure the various components of the new Smart Grid can communicate and work together; and $25 million to expand Smart Grid manufacturing operations, like the assembly of smart meters, transformers and wireless devices.

Utilities were allowed to apply for a maximum of $200 million via the Smart Grid Investment Grant program, and CenterPoint Energy, Baltimore Gas & Electric, Duke Energy, Florida Power & Light, PECO, and Progress Energy Service got exactly that for the installation of smart meters and requisite infrastructure.

“Not only do we need to make the current system bigger and add more watts, but we need to make it function better,” said Carol Browner, Obama’s chief adviser on climate change, at the event. “I would say it’s more than a face lift.”

Based on a U.S. map of where the money is going, it looks like the western and northeast states will benefit the most from electric transmission upgrades, while the south will get a lot of the manufacturing funds and accompanying jobs. It also points out where advanced metering will be taking hold first — notably in Arizona and Maine. The latter received $96 million alone to modernize the state’s electrical grid with 650,000 smart meters and in-home energy control displays.

One notable absence from the list of recipients is Northern California’s Pacific Gas & Electric, which had applied, albeit a bit late, for $42.5 million in stimulus grants, which it planned to use for the $85 million roll out of energy displays and controllers to 75,000 commercial customers. Whether or not it will be included in a next wave of federal support for the Smart Grid is unclear.

The projects, selected partially on technical merit, have also promised to create tens of thousands of new jobs, realizing the original intent of the cleantech stimulus package: to create a green collar workforce spanning manufacturing and information technology.

If all of the plans pitched to the DOE for this money become a reality, nationwide electricity use could dip by up to 4 percent by 2030, representing savings of $20.4 billion. Peak energy would also be dropped by 1,400 megawatts — the equivalent of several large power plants — dropping the price of energy during high demand times of day.

When people think of the Smart Grid, software and wireless mesh networks seem to be the dominant part of the plan. But the money given out today is fairly industrial — mandating the installation of 850 grid sensors designed to detect disruptions, 200,000 smart transformers and 700 automated substations. It is also expected to cover the roll out of 40 million smart meters to homes and businesses, 1 million in-home energy monitoring displays, 170,000 smart thermostats that utilities and their customers can toggle remotely or automatically, and 175,000 other power load-control devices, including some smart appliances.

As part of the grant program’s requirements, they will be matched by as much as $4.7 billion in private funding — meaning that the utilities named will actually be sinking more than $8 billion into Smart Grid initiatives. Even though the announcement marks the end of an intensely competitive application cycle that began in August — 400 applications were received requesting a total of $17 billion — it is just the beginning for the grant recipients, who will now be charged with creating jobs, improving grid reliability, and applying capital intensive technology to encourage energy conservation along a set timeline — all under the watchful eye of the administration and designated Energy Department representatives.

Here is a full listing of the companies receiving the $3.4 billion, and below that a map of how these projects break down geographically: