It’s trade show season, and with that, there’s no shortage of “cloud” solutions being discussed. Most of them paint a picture of how a company can transform a business into a cloud-­connected enterprise, modernizing the data center, making over the branch office, and mobilizing the smart worker.

One such trade show is the OpenStack Summit. OpenStack is being billed as the Linux of the Cloud. Think of this as open-­source software used for building public and private clouds, with a focus on infrastructure and the tools for building infrastructure as a service (IaaS) for people who want to deploy their own kits.

Or, you could just call it Android. There are a good number of parallels between the smartphone market and the cloud infrastructure market today.

The parallels to the smartphone go beyond this (both have built an app ecosystem, adoption curves, etc.), but the thing that is most striking is the market’s reaction to disruptive technologies and how the rising tide can float many boats at once when these disruptions happen. Before diving into the whole OpenStack vs. AWS discussion and again referencing the smart phone metaphor (see below), one might simply say that the rapid adoption of the cloud will make many platforms successful and the leaders with the right balance of ecosystem, cost, and innovation will win. 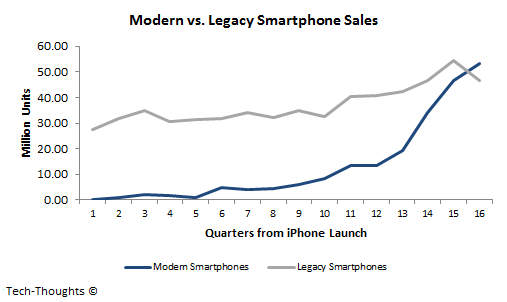 So, back to the Summit.

This year, there were 4,500 attendees, doubling year­ over ­year. Of those in attendance, almost all were developers — very light on users, and lots of partners. The promise of each successive OpenStack Summit is that this is the year of the user, but at this year’s event, that was not the case, according to a number of industry pundits.

That said there’s now roughly more than 1,200 developers committing code, almost every major IT company has an OpenStack strategy, and the use cases are beginning to emerge. There’s so much momentum behind cloud today, and so much demand for modernization of IT through the use of public and private cloud services, that the adoption of OpenStack and the continued adoption of existing services like AWS is an eventuality. The users aren’t all lining up yet, but the critical mass of support in the market has erased any doubt. Like any open source community, it might take time to fully commercialize, but eventually it will mature into a widely accepted platform.

Jeff Denworth is senior vice president of CTERA Networks and an iPhone owner.