Intel, the European Space Agency (ESA), and startup Ubotica today announced details of what they claim is the first AI-powered satellite to orbit the Earth. The product of a three-year development cycle, the organizations say the CubeSat — PhiSat-1 — could solve a challenge the space industry has faced for years: Photos from satellites are often obscured by clouds.

Clouds comprise about 70% of images from satellites such as the Copernicus Programme’s Sentinel-2, making them a waste of bandwidth, storage, and researchers’ time. The desktop-sized PhiSat-1 aims to solve this by collecting a large number of images from space in the visible, near-infrared, and thermal-infrared parts of the electromagnetic spectrum and then filtering out cloud-covered images using AI algorithms.

PhiSat-1 was initially proposed by Spain’s Universitat Politècnica de Catalunya and presented at the 2017 Copernicus Masters, where it was the overall winner. The ESA, in partnership with Arianespace, launched the satellite from a rocket on September 2 from French Guiana, along with 45 other similarly small satellites built for various research purposes. (The launch was a proof-of-concept flight to demonstrate and validate Arianespace’s Small Spacecraft Mission Service, a rideshare launch service for small CubeSats.) PhiSat-1 is now soaring at over 17,000 miles per hour in sun-synchronous orbit about 329 miles overhead. 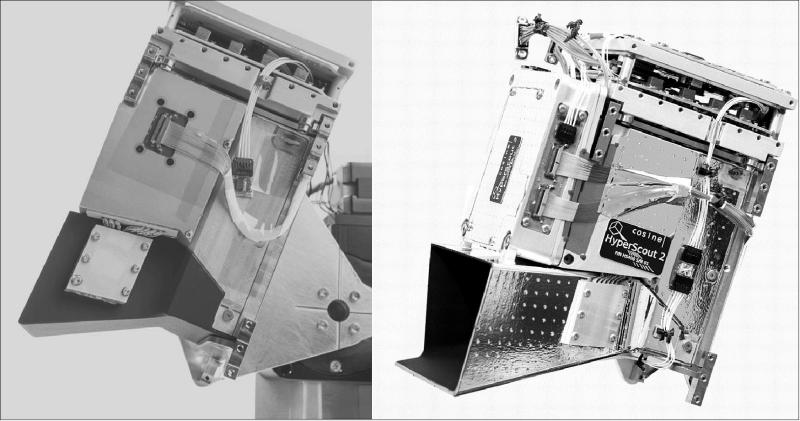 According to Intel, PhiSat-1 contains a new hyperspectral-thermal camera — HyperScout-2 — and onboard AI processing thanks to an Intel Movidius Myriad 2 system-on-chip. In tandem with another CubeSat, it’s designed to monitor polar ice and soil moisture while also testing inter-satellite communication systems in order to create a future network of federated satellites.

Because the Myriad 2 wasn’t intended for orbit, the team behind the PhiSat-1 had to perform “radiation characterization,” which entailed putting the chip through a series of tests to figure out how to handle any resulting errors or wear-and-tear. (A single charged particle can knock thousands of electrons loose, causing electronic noise and signal spikes.) Fortunately, the first test — 36 straight hours of radiation-beam blasting at the European Organization for Nuclear Research in late in 2018 — and two follow-ups went well. The chip passed in off-the-shelf form, suggesting it was likely to survive in space without major modifications.

To train the PhiSat-1’s algorithms to distinguish between clouds and non-clouds, the team extracted synthetic data from existing missions. The system combs through large sets of images and filters out those containing clouds before beaming the rest to Earth. Software integration and testing were completed within four months, after which it took nearly a year before challenges arising from the rocket, pandemic, and summer winds could be overcome to launch PhiSat-1 into orbit. 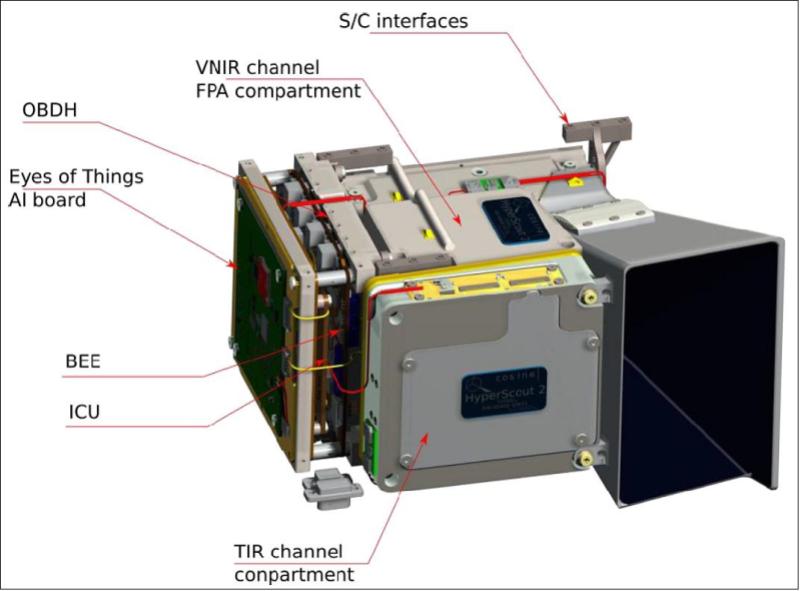 Intel, the ESA, and Ubotica anticipate PhiSat-1 will lay the groundwork for sophisticated AI-powered satellites to come. They envision future CubeSats capable of spotting fires when flying over areas prone to wildfire and notifying responders in minutes rather than hours. Over oceans, which are typically ignored, these CubeSats might spot rogue ships or environmental accidents. And over ice, they could track thickness and melting ponds to help monitor climate change.

Progress on PhiSat-2 is already underway. ESA and Ubotica say it will carry another Myriad 2 into orbit — one running AI apps that can be validated and operated during flight using a simple user interface.