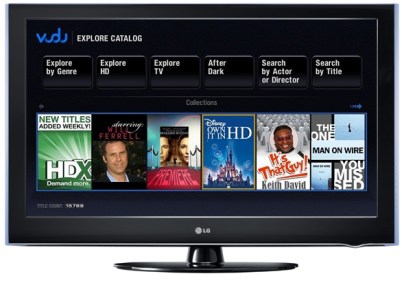 Plex is media center software, from a startup of the same name, which integrates video content from local and online sources. Thus far, Plex has only been available for Mac OS X and iOS (for iPad, iPhone, iPod). But today LG announced that in 2011 it will integrate Plex into its range of Netcast-enabled HDTVs and Blu-ray devices, making Plex a video solution for mobile, PC and TV.

LG’s NetCast Entertainment Access System gives direct access to online video and audio content. Many of Plex’s current users attach a Mac Mini to their TV, but this is an expensive solution in comparison to having Plex built into the TV.

Using the same media software across multiple devices means users will be able to starting to watch a show on their iPhone and then picking up where they left off on their TV set. Plex also does some clever things like converting content from different codecs into the correct format for iOS when users try to access the content on, say an iPad. Plex’s iOS version launched a couple of days ago to a hyperbolic review on CrunchGear and a more measured one on PCWorld.

Plex started out as a hobby project for the company’s founders, who wanted to design the perfect video system for their own use, and it shares some history with Boxee, since both products were originally based on the same open source project, XBMC. Plex’s strategy differs from Boxee in that the company aims to get its software embedded into third-party entertainment products like TVs rather than making its own branded boxes.

Developers can create plugins using the Plex software development kit to add new content sources. The Plex user experience remains the same across all devices, regardless of the number or variety of plug-ins being used. It’s quite a lot of work for a company like LG to add support for a single content source like NetFlix to its web-connected TVs. Plex enables TV-makers to give viewers access to multiple (and extensible) content sources.

One of the problems with online video content is that many of the big content owners like HBO or NBC have their own PC and/or mobile applications, whereas most consumers would prefer a one-stop-shop where they can access all their favorite shows regardless of the source. There is also a big divide internationally. Services like Hulu and Netflix are only available in the US and have European equivalents like LoveFilm and SeeSaw so TV-makers have to integrate different content sources for different markets. Software like Plex might help with both of those issues.

Plex CEO Cayce Ullman declined to give me exact figures on user numbers but said that users are in the six figures. He did give me some data from a user survey of 3,000 Plex users (admittedly a year old) which shows that 54% used Plex daily and for more than 6 hours a week. 20% cut off or reduced their use of cable or satellite services because of Plex. Ullman also told me that Plex expects to announce partnerships with a couple of set-top vendors in the next few months. Plex was founded about 6 months ago in San Francisco, is privately funded and has 10 employees.