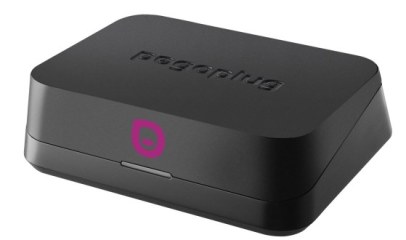 Who needs Amazon’s cloud storage when you can turn your own hard drive into a cloud-enabled device? That’s the question Pogoplug has been asking consumers with its family of personal cloud devices, which can make any hard drive accessible from the web. And it seems the company has struck a nerve.

Pogoplug announced today that its devices and software (which enables access to files on your computer from anywhere) now power more than a million personal clouds. In addition, the company says it now manages more than 150 petabytes of storage (about one and a half times more media than Facebook says it manages).

After reaching the million milestone, Pogoplug is seeking new ways to attract consumers. The company is expanding its retail presence to all Best Buy stores and Walmart stores, which will be offering its Pogoplug Series 4 and Pogoplug Mobile devices, respectively. It’s also announcing its first mobile partnership with Softbank in Japan, which will offer co-branded Pogoplug devices in retail stores, as well as 20 gigabytes of cloud storage for a year.

Pogoplug is the sort of service that’s been popular with techies but hasn’t yet caught on with more mainstream users. By having a wider retail presence, plus partnerships like its Softbank deal, the company can more easily convince consumers that they may want a personal cloud.

The company currently offers its Series 4 device for $100, which lets you give USB hard drives cloud connectivity. There’s also the Pogoplug Mobile ($50), a recently launched device that lets you share files from your home to your iPhone or Android smartphone.

Pogoplug is based in San Francisco, Calif., and has 50 employees. The company has raised $25 million to date from Foundry Group, Softbank Capital, and Morgan Stanley. 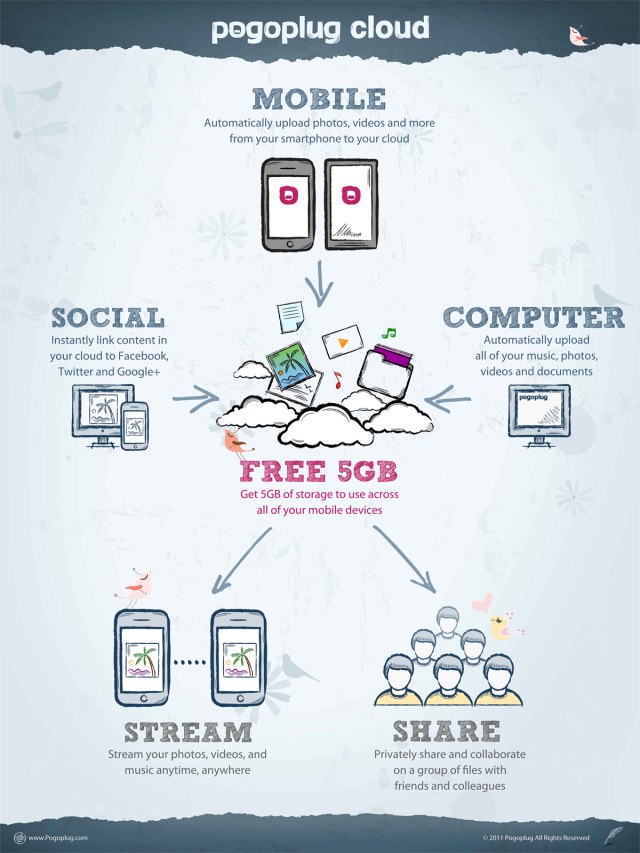