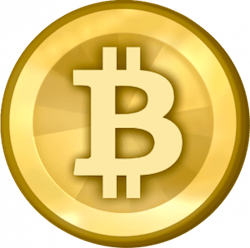 The most popular exchange of Bitcoin online currency, Mt. Gox, on Sunday admitted it had been hacked. It made the announcement after the price of Bitcoins dropped from $17 to nearly zero in a matter of minutes. The sell off happened after a Mt. Gox account with a large amount of Bitcoins was hacked, and the hacker sold all Bitcoins in that account.

Bitcoins, an unregulated peer-to-peer currency, has been in the news a lot lately, with two Senators suggesting it would lead to illegal online drug purchases. It also raised eyebrows when a hacker stole more than $500,000 in Bitcoins from an unsuspecting trader.

Following the most recent hack, Mt. Gox immediately took down its main site and said it will re-launch the exchange after it “rolls back” prices to the levels Bitcoin had before the incident, which was about $17.50 per Bitcoin. Mt. Gox said service would not resume before 10 p.m. EST Sunday and that the re-opening could be “delayed depending on what is found during the investigation.”

The Hong-Kong-based hacker who broke into the exchange likely used a database of Mt. Gox user names and associated information that has been making the rounds on the Internet today. The database includes user names, hashed passwords, and e-mail addresses.

To address concerns about leaked passwords, Mt. Gox will require all users with simple passwords to choose new ones. It also encouraged users who have e-mail addresses connected to their Mt. Gox accounts to change their e-mail passwords immediately.

Thankfully for Bitcoin owners, the crash appears to have just affected the price of Bitcoin on Mt. Gox, rather than the currency in general. Competing Bitcoin exchange TradeHill currently prices the currency at around $13 per Bitcoin. TradeHill has halted trading “for a few hours” because of the possibilty that members had used the same password for TradeHill and Mt. Gox.

The incident is bad news all around for the Bitcoin currency, which has seen a staggering value jump in the last few months. From April to June, the currency rose from $1 to more than $30, but during the last few weeks the price has fallen.

After the earlier mentioned theft of $500,000 of Bitcoins, Bitcoin traders were already concerned about the security of their transactions. But with this incident, prepare for Bitcoin holders to consider cashing out completely when the exchanges re-open.

A note of transparency: I invested in and sold Bitcoins using Mt. Gox before this incident, but a few weeks ago I sold all my Bitcoin holdings and do not own any currently.