This post was originally posted on Jason Cohen’s personal blog.

Seems like every third startup nowadays is using the “freemium” business model: The lowest service tier is free, and the business is designed to get those users hooked and then upgrade to a paid plan.

It can work wonderfully of course, but usually it crushes and destroys companies, not only because it costs more than anticipated but because the founders didn’t realize the business model itself caused them to make incorrect decisions.

Let’s dispose of some misconceptions about what freemium actually does for you and how much it costs.

Freemium is not customer development

Just imagine how much you’ll learn once you have 1,000 real, active users of the system: Everything from behavioral statistics (which features are actually used?) to democratic product development (voting on which features customers would like to see next).

Trouble is, those freemium users are not like those who will actually give you money. Frequently the features that paying customers want don’t show up on the freebie’s radar.

Think about it: Almost none of the freeloaders will convert to even the smallest tier. If you suddenly started charging only $1/mo for your service, most wouldn’t come aboard. Why is that? Because the need, the interest-level, and the value to the end user isn’t pressing enough for even a pittance. But those who will pay $10a month or $100 a month do have needs, and it’s not just a matter of scale (i.e. because they require more resources), it’s a difference in kind.

Your problem is that freemium users outnumber your paying customers 100-to-1, so in feedback forums they drown out the voices of those who actually matter.

A really good conversion rate for free-to-paid is 4 percent, like Dropbox. Awesome for them, but normal rates are more like 1 percent, and that’s if users are reasonably active. 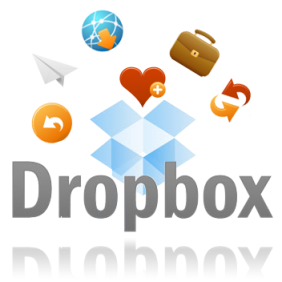 I surveyed a dozen small startups who don’t use freemium, and on average they see a 1 percent conversion rate from web traffic to a (real, not “free”) purchase. Even assuming you can get a higher website-to-signup rate for a freemium offering (you’d better, right?), you only get paid on a few percent of those, which means your total conversion rate of web visitors to actual money is 20 to 100 times worse than other startups.

Which means it costs 20 to 100 times as much on marketing campaigns to achieve the equivalent revenue.

This essentially takes paid advertising and almost all other forms of marketing off the table for driving growth in a freemium business, unless you’re willing to take big losses to get things rolling.

It also means you essentially have to build a viral product, because you can’t afford advertising. Getting true viral behavior is very hard — again most companies who attempt this will fail — and even so you need to seed it at the beginning, so you still have the marketing expense problem.

The few companies who were clear winners here also raised millions in funding, in part to get over this hump.

It’s easy to say “We’ll just direct everyone to forums” but when people email tech support they want a response.

It’s easy to say “We won’t provide tech support for the free tier — they’ll understand since it’s free,” but if you really do ignore them they’ll be less successful with your tool, which means far less chance of them converting, and less change they’ll evangelize to friends and coworkers.

It’s easy to say “We’ll provide a lesser grade of support for the free tier,” but that means every tech support email and chat session and phone call has to be coupled to an account, so you’re wasting time figuring out what level of support this person “deserves”.

Are you prepared for people who say, “If you help me through this, then if it works I’ll pay.” Are you hard enough to shut the door in their face, even knowing that in fact they probably still won’t pay?

If you care about good support — one of the few true competitive advantages a small startup can have — can you really segment who gets treated well and who gets the cold shoulder? Should you really turn your back on the benefits great tech support brings? Is that conducive to converting free accounts to paid accounts? Is it helping your company’s reputation?

Obviously freemium also has important benefits which cannot be denied:

So in the face of the positives and negatives, how do you decide whether it’s right for you and, if it is, how do you think about it so that you’re reaping the benefits while mitigating the costs?

Charge Freemium to the marketing department

A pattern emerges from those “advantages” bullets: It’s all marketing. It’s lead-gen, reducing barriers to conversion, and competitive advantage.

Retool your expectations of freemium: It’s a marking cost. It’s more expensive than you give it credit for, but it could very well be the best marketing strategy available.

So how do you decide whether those costs are worth the benefits? My technique is to “charge the marketing department” exactly like AdWords or any other lead-gen campaign: measuring the total cost of acquiring new paying customers.

The reasoning is: You have a theory that by spending the money to support these freeloaders, you’re in fact building an efficient path to real, paying customers. That goal — revenue — could possibly be attained other ways: AdWords, blogging, or any other marketing technique. So just like any marketing campaign, the marketing department should pay, measure the results, and compare the ROI against other methods.

(And make sure the cost is much less than the total revenue — the equation that most startups fail to achieve, exactly because they don’t honestly consider the total cost to acquire.)

How do you decide how much to charge the marketing department? Suppose you really were charging those customers, but also that you’re only looking to recoup costs and not make a profit. Amortize those costs — servers and tech support — and come up with a correct cost-replacement price for that tier.

That’s what those users should be paying (minus profit), so that’s the amount the marketing department needs to “reimburse” the rest of the company.

Obviously you shouldn’t get carried away with the bookkeeping. But you have no excuse to not be measuring that per-user cost so that you’re running this freemium program with full knowledge of the cost and comparing it to other forms of marketing.