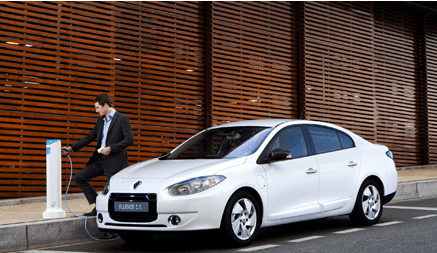 Car manufacturer Toyota is working with Salesforce.com, a provider of web-based software for large companies, to create a private social network for electric car drivers that will connect them with Toyota officials and local dealerships.

The “Toyota Friend” service will let electric car and plug-in hybrid electric car drivers communicate with Toyota and other maintenance officials to exchange diagnostic information about their cars. That can include driving habits, various information about the car’s performance and what the car’s battery level is. It’s a private social network, but drivers can connect the network to existing well-known social networks like Twitter and Facebook to share stories.

Salesforce.com has already tried breaking into the social networking space with its own private enterprise social network called Chatter. That network feeds into its customer relationship management (CRM) software and is designed to streamline collaboration and internal communication. Chatter is basically a carbon copy of Yammer, another enterprise-style social network that beat the company to the punch and brought mainstream social networking concepts to large enterprises.

Chatter will power the backbone of Toyota’s social network. Drivers can access Toyota Friend through smartphones and tablets, likely through a web-based interface that most social networks like Facebook use. Neither company indicated whether a mobile application would be available on the Android Marketplace or the Apple App Store — or whether drivers will be able to access it through the existing Chatter applications. The service will first be available in Japan in 2012.

Toyota Friend is the car manufacturer’s attempt to catch up to other car manufacturers like Ford, which has worked with Microsoft to create Sync, an on-board wireless system that lets drivers access the Bing search engine and a number of interactive online features. Salesforce.com will invest $2.7 million in Toyota Media Service, which oversees Toyota’s cloud computing projects like Toyota Friend, as part of the deal. Toyota will also invest $5.4 million in its media subsidiary to fund the private social network.