Samsung has announced plans to acquire Harman International Industries (Harman), a company specializing in connected car software and services, in a deal worth $8 billion.

Samsung is no stranger to the connected car industry. It has financially backed startups such as Vinli, which is striving to create an app ecosystem for cars. And, earlier this year, Samsung launched Samsung Connect Auto, which offers in-car services, such as Wi-Fi to keep drivers online, as well as real-time alerts to improve driving habits and enhance fuel efficiency. 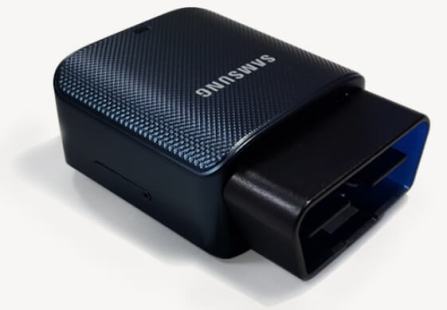 Harman’s roots can be traced all the way back to 1953, when Harman Kardon was founded by Bernard Kardon and Sidney Harman to make audio equipment for cars and homes. After a series of divestments to now-defunct Beatrice Foods, by 1980, only a fraction of the original company remained. And after serving a stint under the Jimmy Carter government as deputy secretary of the Department of Commerce, Harman founded a new entity called Harman International Industries and bought back some of the businesses that had previously been sold off.

Headquartered in Stamford, Connecticut, Harman today makes a range of products for consumers and enterprises, with a particular focus on automotive electronics. The company offers connected car systems — such as embedded infotainment, telematics, audio, and security. According to Samsung, more than 30 million vehicles on the roads are equipped with Harman’s smarts, and around two-thirds of Harman’s $7 billion sales over the past year were related to cars.

In short, this deal gives Samsung a huge leg up in the automotive realm, with Harman’s existing partnerships including giants such as Audi, Mercedes-Benz, Toyota, BMW, and Volkswagen, among many others.

“Harman perfectly complements Samsung in terms of technologies, products, and solutions, and joining forces is a natural extension of the automotive strategy we have been pursuing for some time,” said Oh-Hyun Kwon, vice chairman and CEO of Samsung, in a press release. “As a Tier 1 automotive supplier with deep customer relationships, strong brands, leading technology, and a recognized portfolio of best-in-class products, Harman immediately establishes a strong foundation for Samsung to grow our automotive platform.”

Harman has been a public company since 1986, and its stock soared to an all-time high of $145 per share in April 2015. However, its shares have been in decline over the past 12 months, falling to $70 in February and then rising again to around $87 as the markets closed on Friday. Samsung is offering $112 per share in cash, which is almost 30 percent more than Friday’s closing price, a premium Samsung hopes will convince shareholders to approve this deal.

If it’s approved, Samsung expects the deal to conclude in mid-2017, after which Harman will operate as a Samsung subsidiary.

Cars have emerged as a key battleground as the technology and automotive industries converge, and 2016 has seen a number of notable investments across the connected car and autonomous vehicle realm. Cruise Automation was acquired by GM for over $1 billion, while Uber acquired self-driving truck startup Otto. Earlier this month, cloud-based connected car startup Otonomo raised $12 million; AI mapping startup Civil Maps raised $6.6 million; Automile, a startup that helps companies manage their vehicle fleets, secured a $6.2 million investment; FiveAI closed a $2.7 million funding round for its machine-learning tools that could underpin the autonomous cars of the future; and Drive Time Metrics raised $2.1 million to monetize connected car data.

“The vehicle of tomorrow will be transformed by smart technology and connectivity in the same way that simple feature phones have become sophisticated smart devices over the past decade,” added Young Sohn, president and chief strategy officer at Samsung. “We see substantial long-term growth opportunities in the auto technology market as demand for Samsung’s specialized electronic components and solutions continues to grow.”