“The ‘meme’ right now is that going public is evil, and no one should ever do it,” said Jeff Jordan, partner at esteemed venture capital (VC) firm Andreessen Horowitz. “We think that meme is overblown.”

Speaking at the DLD tech conference in Munich, Germany this week, Jordan was on stage to discuss a myriad of issues from across the tech and VC realms — one of them being whether startups should consider going public in the current market.

Jordan helped take OpenTable public in 2009, and he currently sits on the board at Instacart, Airbnb, and Pinterest, so he’s in a good position to know what’s what. 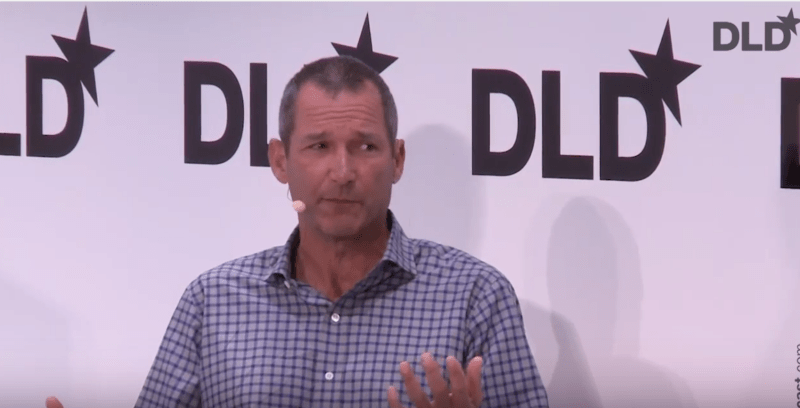 Last year heralded a number of high-profile IPOs, with the likes of Jack Dorsey’s Square, Tinder-owner Match Group, Fitbit, Etsy, Box, and GoDaddy all going public. But the IPO market boom of yore is showing signs of slowing down, leading to an increasing number of startups delaying or cancelling their planned public market entries.

Recent data suggests there are now well over 200 so-called “unicorn” startups — private companies with a valuation in excess of $1 billion — which have collectively notched up $175 billion in funding at a $1.3 trillion valuation. That’s a lot of money. But a number of big-name tech startups are taking their sweet time plunging into IPO-ville, which suggests there is trepidation around market conditions.

France-based music-streaming service Deezer delayed its expected IPO last year, as did South Korean tech company Line, and LoanDepot in the U.S. The explanation was the same in each case — frosty market conditions. Elsewhere, big consumer tech firms such as Pinterest, Snapchat, Airbnb, Uber, and Spotify have yet to confirm plans to go public.

Further evidence that the tech industry is about to flounder in a big way came when Good Technology, a U.S.-based mobile security company, was acquired by BlackBerry in a deal worth $425 million in September. The acquisition surprised onlookers for various reasons, but when the dust settled it became clear that the deal was not a great one for many involved.

For a company like Good Technology that was once valued at more than $1 billion, and was a leading candidate to IPO after filing in early 2014, a final selling price that ended up leaving many shareholders out-of-pocket seemed like a fire sale.

Good Technology’s situation is long and complex. With the benefit of hindsight, the company perhaps held off too long to go public, and found itself in a position where it simply had to sell to the highest bidder. The saga left a sour taste, and it has contributed to the growing uneasiness about what may be coming for tech companies across Silicon Valley and beyond.

Should I stay or IPO?

Whether the “going public is evil” meme is overblown or not, Jordan sought to simplify the debate somewhat. “Going public is one way to raise capital,” he said. “When you take venture investment, you’re signing up to try to create value for the investors and yourself. There are only two routes to do that. You either go public, or sell the company. If you want to build an enduring company, going public is kind of how you do it.”

In other words, whether an entrepreneur wants to go public or stay private depends on their long-term goal. If they want to be “the next Facebook” then they will ultimately have to take the plunge and go public. If they — or their investors — are risk-averse, then they will probably have to seek a buyer. In this situation, rather than becoming the next Mark Zuckerberg, as Jordan observed, they’d be more likely to become the next Kevin Systrom (Instagram cofounder) who is now effectively managing a division at Facebook.

That’s not to say managing a division at Facebook — and one of the most popular apps in the world — is a bad outcome. It just means the decision for some entrepreneurs is whether to go public or be acquired, rather than staying private indefinitely.

Moreover, the debate about remaining private or going public is often more about timing than anything else. “We [Andreessen Horowitz] are much more ‘pro’ going public as a long-term strategy,” explained Jordan.

As we saw, Deezer delayed going public, but just this week it announced it had raised another $110 million. There’s a lot of capital going around for the right companies, meaning there isn’t as much pressure to push for an IPO as there was a few years ago.

“The biggest thing that’s changed is there now is the ability to raise late-stage capital in enormous quantity,” continued Jordan. “Four to five years ago there wasn’t 500-million-dollar or billion-dollar rounds, because Silicon Valley never had the facility to write checks that large. New pools of capital have come into the market, be it mutual funds, hedge funds, sovereign wealth funds, wealthy individuals, and they are writing checks that allow companies to stay private for much longer.”

So while there may be some hesitation about going public at the moment, it could simply be the case that there is less of a rush to float, given the level of capital that’s available. In the last month alone, Airbnb confirmed a substantial $1.5 billion in fresh funding, while Uber scooped up more than $2 billion. Earlier this month, Lyft took on an extra $1 billion, half of which came from a company in an industry that Lyft is directly disrupting — General Motors.

That’s all well and good, but Jordan argued that going public comes with benefits beyond direct financial gains. “Being public helps you build discipline at a company, and that is really useful for the company in the long-term,” he said. “The value of a company is supposed to be reflective of the value of future cash flows, which implies that if you want a positive valuation you should have profits at some point in a company’s life.

It’s an interesting point. Going public forces a company to maintain a level of accountability, rather than spending money like drunken sailors, thereby avoiding a number of common pitfalls.

Though there are signs that trouble may be on the horizon for the public markets, not only for the Silicon Valley elite but in the broader global economy, it’s important to remember that these things usually run in cycles. When there are good times, bad times normally follow… and vice versa.

“The first financing I ever did was taking OpenTable public in 2009,” said Jordan. “For those who remember the market in 2009, well, it was just dismal. The tech press said there’ll never be IPOs again. It turns out that investors were very happy to invest in a high-quality company, even in a very down market. They were looking forwards to anything new. What’s important is that we help our entrepreneurs understand that cycles are possible. We urge them to manage their businesses in ways that contemplate that.”

What many companies have tried to do when backed by patient investors is build up big user bases before even thinking about revenues. Facebook is a classic example of that, as is Google. That may not always be possible though — if it transpires that we’re all in a giant tech bubble, the need to “self-fund” through driving revenues, rather than relying on a future (or present) VC cash cow, could be more important than ever.

“We urge entrepreneurs to try, as much as possible, to control their destiny,” Jordan concluded. “Don’t live month-to-month hoping to raise that next round, at yet a higher valuation.”