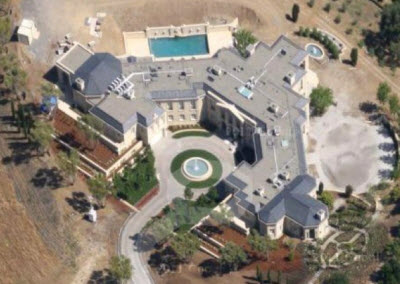 The bulls are back in Silicon Valley in a variety of ways. Let’s hope reports of the recovery are true and that the optimism doesn’t get overheated too fast and turn into a bubble of the dot-com era’s scale.

The front pages of the San Jose Mercury News and the New York Times both have stories today about the return of good times in Silicon Valley (and let’s not forget the Los Angeles Times). They point to both hard figures in unemployment data and anecdotal evidence of a recovery, rather than a bubble.

One of the most astounding anecdotal signs of the good times is that Yuri Milner, the Russian investor who runs DST — which invested in Facebook, Zynga and Groupon — has bought a home in Silicon Valley’s Los Altos Hills for $75 million. The 25,500-square-feet home once belonged to chip pioneer Fred Chan. The good thing is that Milner’s spokesman denied rumors that he paid for it with Facebook stock. That would have been a sure sign of an overheated bubble. The purchase price was the largest ever in Silicon Valley’s history.

State data shows that Santa Clara County — which includes the greater San Jose region of Silicon Valley — saw new job growth that was stronger than usual for this time of year, with the unemployment rate falling to 10.3 percent, compared to 11.8 percent a year ago and the lowest level in two years. San Francisco county is at 9.5 percent and San Mateo County is at 8.4 percent. Overall, California’s unemployment rate is 12.2 percent and the nation’s is 8.9 percent.

So the region isn’t yet better off than the rest of the country when it comes to jobs. But tech led the local job growth in February. The jobless level is better than the peak unemployment rate of 12.1 percent for Santa Clara County in January, 2010. But it’s far above 4 percent in December 2006 and the 2.2 percent in November, 1999. As the numbers suggest, there are a lot of people out there who haven’t yet seen the fruits of any recovery in the region.

The improving economy explains in part why the tech job recruiting picture is starting to look so good for skilled workers. The New York Times says the perks at places such as Google routinely include free meals, shuttle buses, and stock options. Zynga offers free haircuts and iPads to recruits. Instagram offers personal food and drink orders from employees. Starting salaries at Google for computer scientists are $90,000 to $105,000. HP, which had been stingy under its previous CEO Mark Hurd, restored cut pay under the new boss Leo Apotheker to stay competitive.

Salaries have been going up for at least five months, when Google gave all of its employees a 10 percent pay raise in a war for talent. Steve Blank said last week “we’re now in the second internet bubble” and that “hiring talent in Silicon Valley is the toughest it has been since the dot.com bubble” (although based on the unemployment numbers we’ve cited, that’s not exactly true). Fred Wilson, a blogging VC at Union Square Ventures, said that you can see evidence of the war for talent in Silicon Valley all over the place, particularly as companies struggle to win the hearts and minds of independent developers to support platforms.

Facebook’s baby-faced founder, Mark Zuckerberg, was Time’s Person of the Year in 2010, and lots of young graduates want to follow in his footsteps by starting their own firms. Shannon Callahan, a recruiter for the portfolio companies of Andreessen Horowitz, told the New York Times that a third of the engineers she calls upon ask for financing for their own startups instead of taking jobs at existing firms.

Exacerbating the shortage is the fact that a lot of foreign-born engineers are still having trouble getting visas to work in this country. Among startups, the valuations are starting to get big, with Zynga reportedly raising a round of $500 million at a valuation of $10 billion (that deal is still a rumor), and social pictures firm Color unveiling its $41 million this week. Others can laugh at such valuations if they want; but if that war chest is used to buy something with a lot of recognized value, it becomes much more real. That’s what happened in the last bubble when AOL bought Time Warner.

Tim Draper, managing director at Draper Fisher Jurvetson, said this week that there isn’t a bubble yet and that a recovery that could last five years is just getting started. I tend to agree that most people haven’t yet seen the fruits of recovery yet. The dotcom era, if you recall, lasted from 1994 to 1999. Lots of people who predicted a bubble in 1994 — and therefore stayed out of the frothy stocks and investments — didn’t get rich during those days because they were overly cautious, or “sitting around and biting our nails,” as Wilson said.

In other words, the period of recovery will likely last for some time before the craziness of a complete and utter bubble takes over. We don’t have to completely panic yet, since many of the hottest companies right now are nicely profitable. If we’re in a bubble, there’s still a lot of potential for the bubble to get a lot bigger based on continued momentum. Recognizing that you’re in a bubble shouldn’t paralyze you. Rather, you have to be aware that there’s a game of musical chairs happening. When the music stops, you don’t want to be the one without a chair.

Ben Horowitz, co-founder of Andressen Horowitz, wrote on his blog that everybody is overly worried about today’s bubble compared to the dotcom bubble. He says, “high valuations are fine if the underlying value is there.” He notes that the valuation multiples of the bubble era were ten times higher than current multiples, suggesting that the company valuations today are based on real revenues and profits. He also notes that the flow of money into venture capital today is a quarter of what it was during the dotcom bubble. What we have instead, he said, is the long-awaited arrival of the internet boom.

The dangers of a bubble are always plentiful. If this ball gets rolling too fast, we’ll surely head into some event that will trigger a bursting of the bubble. That would be a shame, since a bursting bubble would stifle a recovery and stop the fruits of that recovery from reaching the wider group of unemployed workers out there. Yes, don’t ruin the party for the rest of us.

On Google Trends you can search on the words “tech bubble” and find that there are more people typing those search terms now, but not as many as in late 2008. In the meantime, check out the post on question-and-answer site Quora where a number of folks asking about whether we’re in a bubble. Steve Case, co-founder of AOL and one of the folks who popped the first internet bubble with the AOL Time Warner deal, explains what led to the bursting of the last bubble. Please take our poll below on whether we are in a recovery or a bubble, and leave a comment explaining your vote.