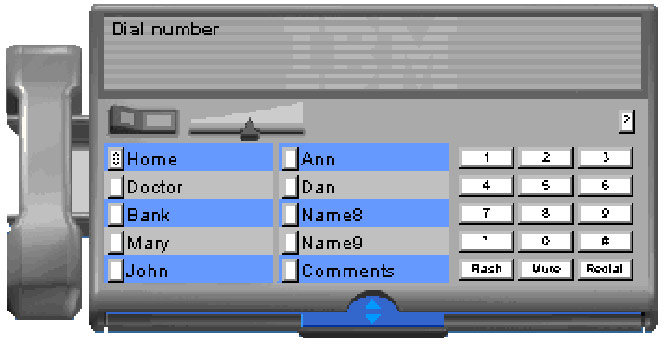 Apple shook up its executive team yesterday, and one of the clear casualties is Scott Forstall (yes, of Maps and Siri fame). But there’s another reason Forstall is gone, and the clue is in the appointment of Jony Ive to a design position overseeing both software and hardware.

It all has to do with skeuomorphic design.

I’m guessing most of us didn’t have a clue what that was yesterday, but very likely many of us have encountered it and wondered about it in Apple products.

Skeuomorphic design is design that connects the new to the old with decorative but unnecessary elements. An example is Apple’s iCal app, which includes a faux-leather header with vestiges of ripped-off paper immediately below, as if we were all ripping paper pages off our computer monitors:

A similar example is Apple’s Notes app, with a little less leather but a little more rip:

One problem with skeuomorphic design is that it doesn’t fit Apple’s design aesthetic in so many other apps. For instance, Safari or Mail don’t have any leather or ripped off pages. For Safari, that could be understood, as there are no pre-technological antecedents: no-one had a web browser before the personal computer became ubiquitous. But mail had been invented … and yet Apple’s Mail app showed no design cues of parchment or inkwells and the like.

The overall experience led to a strange dichotomy of design, where sleek, functional apps such as Safari and QuickTime were matched side-by-side with frankly old-fashioned-looking apps. That was confusing from Apple, supposedly the high priest of design.

iPhoto, for instance, bears no resemblance to a old-fashioned photo album: 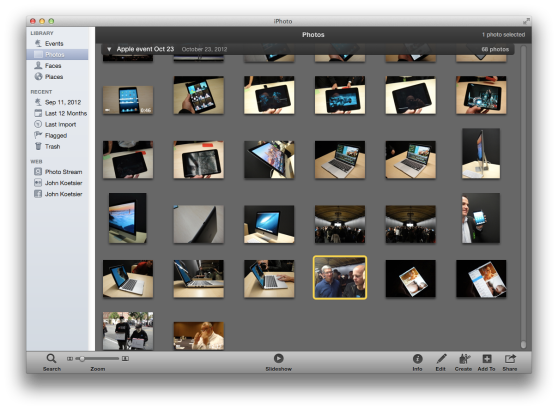 The other, more philosophical, and arguably bigger issue is that skeuomorphic design is inherently distasteful to many designers. It is decorative, not functional. It is excess, bigger in size and heavier in cognitive load than a user interface that is slimmed down to its bare essentials. And yes, if that sounds like a certain Apple design guru, Jony Ive hated it.

Of course, Scott Forstall didn’t oversee all design at Apple. However, he was in charge of iOS, and iOS is by far Apple’s most popular operating system, and the operating system of its cash cow (OS X is found in products accounting for under 20 percent of Apple’s revenue). Forstall was a fan of skeuomorphic design — as, it must be admitted, was Steve Jobs to a degree — and the results can be found in Apple apps.

iBooks, Find My Friends, and Newstand are only a few of the examples. Wood and leather show up in copious quantities on the high-res glass screen of one of the most modern digital artifacts ever created: 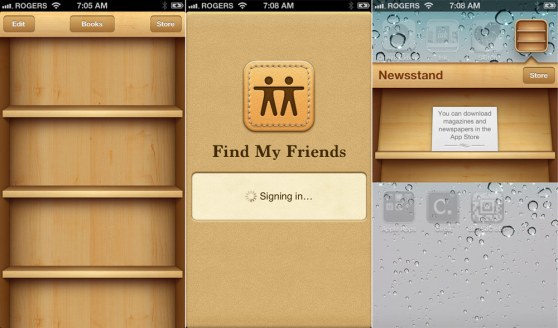 Again, the effect is inconsistent with other Apple apps such as Mail and is oddly jarring as the user is taken from a super-modern, clean, simple user interface into one with a lot of extra weight, detail, and effect.

To a designer like Jony Ive, who has spent his life and career removing excess, trimming away unneeded detail, and simplifying, there is something inherently dishonest about skeuomorphic design. It’s something of a lie … there is no wood in your iPhone, no dead animal skin, and there’s no paper on your laptop screen to be torn off.

As such, we can expect big visual changes in the next versions of Apple apps in iOS and OS X. And, if all goes well, we can thank Scott Forstall’s departure for the simplification or, perhaps, consolidation of Apple’s design language.