Google Glass was not the consumer success Google had hoped for. But, contrary to many predictions, Glass is not dead. In fact, its been spun off into its own department, spearheaded by Nest CEO Tony Fadell. While Fadell works to stage a turnaround in the hopes of winning over consumers, Google’s pioneering smart glasses and those from other hardware developers, like Vuzix and Recon Instruments, have already gained early but considerable traction in the enterprise. 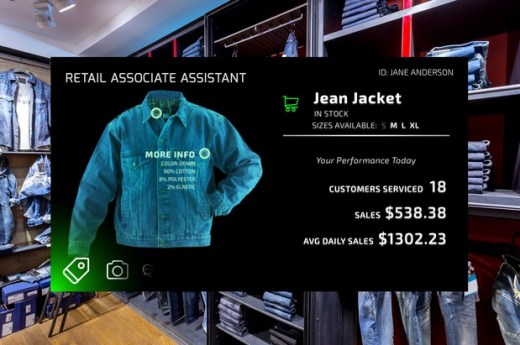 Above: An Augmate app for retail.

While enterprise-wide deployments are still very preliminary, there’s tremendous potential for wearables like smart glasses among deskless workers across manufacturing, field services, healthcare, oil and gas, nuclear, automotive, security, logistics, and transportation. In fact, based on 2012 data from the Federal Bureau of Labor Statistics, 46 million Americans work in an industry where wearable technologies are applicable. If other variables remain constant, this number is set to increase to 52 million by 2022.

With such a vast population standing to benefit from wearables, we’re already seeing an ecosystem of third-party software developers emerge to support the most popular smart glasses devices.

Companies like APX Labs, Augmate, Wearable Intelligence, Pristine, and Augmedix are all building enterprise solutions for smart glasses. By next year, the wearable tech industry could be a $10 billion business. Many of these new developers have already seen early success via partnerships with titans like Boeing. 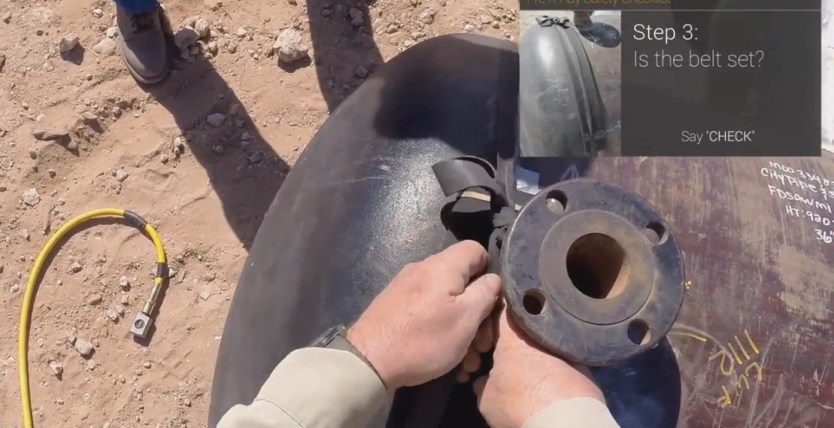 Above: Wearable Intelligence’s app coaches a remote crew through a repair job.

Selling to the Enterprise

Despite the enormous opportunity for smart-glasses software developers, selling to the enterprise offers up unique challenges. The consumer-facing market’s concerns over privacy are bound to bleed into the enterprise, so any advancement in wearable tech will need to be balanced by new compliance measures. That said, enterprises are well positioned to handle compliance challenges as a massive shift to the cloud has already spurred stronger security measures.

For hardware manufacturers, style and cost have been the prevailing roadblocks to mass consumer adoption. While fashion might not be a primary concern in the enterprise, cost certainly is. At around $1,500 apiece, Google Glass is a considerable capital investment. If Google can bring the cost of Glass more in line with that of the iPad, gaining a foothold among enterprise customers seems more realistic. Recon and Vuzix, with offerings at $699 and $999 respectively, have lower price points but still come in well above the cost of most handheld devices mobile workers rely on today.

Another player guaranteed to fuel further disruption in the smart glasses space is Microsoft’s HoloLens. Unlike Google Glass and offerings from Vuzix and Recon, HoloLens is immersive, interactive and offers a holographic interface. Microsoft is marketing HoloLens as a product that will “transform the way you work” and take “productivity and collaboration in commercial applications to a new dimension.” The hope for HoloLens is that virtual reality becomes integrated into daily work routines. Architects, designers and project managers in commercial real estate seem like natural first test cases for HoloLens in the enterprise.

Regardless of what the future holds for wearables among consumers, it’s clear that, as with smartphones and computers before them, the most significant advances in wearable hardware and software will be made in the enterprise. Just as mobile phones proliferated across enterprises and ultimately spurred the mobile revolution, I believe wearables will follow a similar trajectory. The difference is the revolution will start from the bottom up. While Blackberrys were an extension of executives’ hands, smart glasses will be on the faces of people in the field, at manufacturing plants and working in the trauma and operating rooms of hospitals.

Michael Morgenstern is an analyst with OpenView Venture Partners, a Boston-based venture capital firm that invests in expansion-stage software companies.