With hubs across three continents, Glow is aggressively adding new locations around the world, in addition to its London, New York, and Singapore offices, while continuing to work with global mobile advertisers. The additional funding will help fuel the company’s international growth.

Glow Machine, the core product behind Glow’s success, is a social ad platform that integrates with advertisers across Facebook and Twitter. The platform aims to help advertisers find, engage, and interact with a brand’s most relevant and profitable customers. Companies like King, US Bank, and Spotify are already using Glow to amp up their social marketing presence.

A majority of interactions brands have with customers on Facebook happen in the newsfeed feature, both on a desktop computer and on mobile. It’s essential for companies to effectively reach users in that environment. Glow helps advertisers run more effective Facebook and Twitter campaigns by licensing its Glow Machine. Gaming, financial, travel, automotive, and other clients advertising on social media have used the Glow platform to create campaigns and track detailed optimization.

“Glow is operating at the center of three major shifts in digital; namely, the growth of mobile advertising (and Facebook’s part within it), the rise of social as a means to generate tangible business results, and the dominance of the mobile app economy,” said Glow Digital Media co-founder and CEO, Damian Routley.

Glow competes with companies such as Salesforce, Adobe, and Kenshoo.

“We are operating at the cutting edge of mobile with some of them most innovative companies in the world,” said Routley. “They demand a level of sophistication, granularity, and flexibility that we answer well. The other guys are not there yet.”

The company has been working with the Facebook Ads API since June 2009 and followed with the Twitter Ads API in May 2014. The company has grown its gross profit by 500% in the past 12 months and increased headcount from 20 to 50. In the next six months, Glow expects to grow by a similar rate, launch the business in Germany, and hire additional employees across the globe. To date, Glow Digital Media has secured $8.5 million in financing. 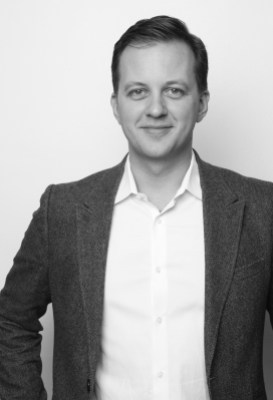