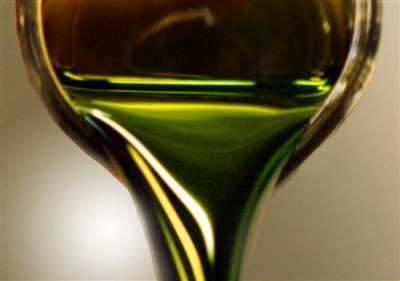 San Francisco-based biofuel company Solazyme announced today that it has landed $52 million in a fourth round of venture capital to commercialize its algae-based fuel. Morgan Stanley joined its flock of backers, which also includes Chevron Technology Ventures.

Solazyme is one of the most successful companies working on algae, along with generously-funded Sapphire Energy. While most of its competitors struggle to scale, it already has a contract with the U.S. Navy to supply jet fuel made entirely of algae derivatives. The Navy agreed to fund the company in exchange for 20,000 gallons of fuel for its ships, valued at $8.5 million. It has already received 1,500 of those gallons.

What makes Solazyme special? It relies on a fermentation process that allows a certain type of bioengineered algae (which grows in the dark) to convert sugars directly into oils. Short and relatively easy, this procedure uses existing industrial equipment, saving money on what has proved to be an otherwise expensive, multi-phase operation. The company is able to produce a full replacement for petroleum-based fuel, not simply an additive.

Like many other biofuel companies, including those that use microbes to convert feedstocks, Solazyme is also applying its process to generate industrial chemicals, including food additives and cosmetics. This chemical business has proven to be a lot more lucrative than selling fuels for companies like LS9, Amyris Biotechnologies and Mascoma. But Solazyme seems to be closer to making its fuels profitable, perhaps in the next two to three years.

The company’s success depends on it achieving reasonable scale. To do that, it will need to build a large manufacturing plant for its fuels — a facility that would cost upwards of $100 million. While venture capitalists are shying away from sinking this kind of money into biofuels because they take so long to produce returns, there is a good chance that Solazyme could partner with an established oil and gas company to bring its products to market.

One of its algae-focused rivals, Synthetic Genomics, just opened its own test facility in Southern California with about $600 million from ExxonMobil. If Solazyme went this route, it would probably turn to Chevron, which has already been pumping money into its efforts.