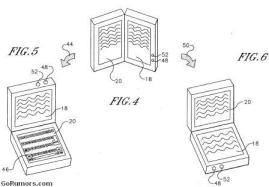 A patent application filed by Sony depicts a folding two-screen device that can be held like a book, or typed on like a laptop.

The patent paperwork explicitly states that there are “first and second touchscreens,” that “the image of a keyboard” could appear on one screen, and that “electronic book files” would be storable. The device would be “connectable to a solar charger.”

The future of e-readers is, analysts are coming to agree, that multi-function devices like Apple’s iPad will replace high-end standalone e-readers like Sony’s Reader and Amazon.com’s Kindle. A $500 reader won’t fly in 2014, the UK analyst firm Informa wrote in a study published this week.

A new ebook reader that seeks to double up as a laptop … a two screen display which can be held like a regular book … an accelerometer [to detect how the gadget is being held] … the user can turn the lower screen into a touchscreen based QWERTY keyboard … use of GPS to access location-specific content.

Sony’s device seems a more direct attempt to create an alternative to low-cost netbook laptops, one that doubles as a book-like reader. The obvious two benefits are a lower overall price and only one gadget to carry instead of two.

The concept of a laptop with a touchscreen keyboard has a novelty appeal, but it also says something about the intended market: Unlike the road warriors of the past who carried top-of-the-line laptops for constant typing, there’s a new demographic of mobile content consumers and producers that sticks to short messages. They don’t need a ThinkPad-grade keyboard to type on. Hopefully for Sony, they’ll be able to build a sexy-looking device that can serve as a status symbol like the company’s early Vaio laptops.