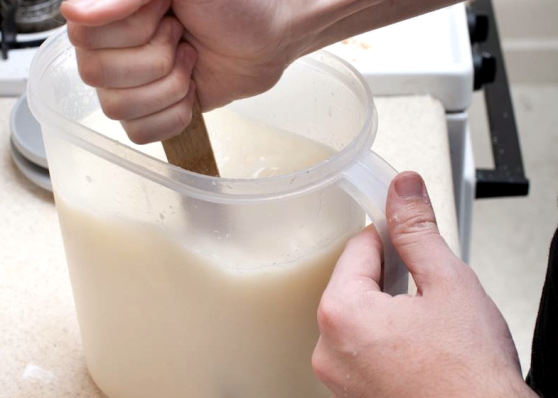 6,144 people are willing to live without food.

The crowdfunding campaign for Soylent raked in $754,498, greatly exceeding its $100,000 goal and bringing humanity one step closer to an existence that doesn’t require actual food for survival.

Soylent is a controversial food replacement product that allegedly contains all the nutrients humans need to survive. The powder is made up of the basic-building blocks of nutrition, including maltodextrin and oat powder for carbs, whey isolate for protein, ferrous gluconate for iron, grape seed oil for fat, creatine, and other ingredients.

“This started out as an experiment,” said founder Rob Rhinehart. I was freshly graduated, working on a startup and living off ramen and quesadillas. I didn’t have the time, energy, or motivation to eat well, but my diet was harming my health and that harmed my productivity. It was really frustrating and I thought there had to be a more efficient way to get the nutrients we need.” 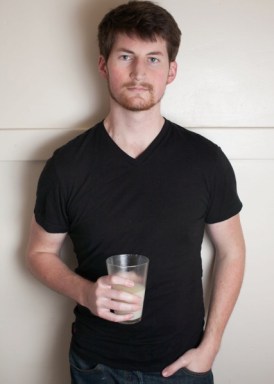 Rhinehart said it only took a bit of research and elementary chemistry to create the first batch of the mixture, which he has tweaked over time. He has been living exclusively on Soylent for about five months now and said he has never felt better in his life. His bloodwork is excellent, he is maintaining a healthy weight for his height, and he has plenty of energy. He even runs frequently.

Once he trusted that the Soylent lifestyle was safe, Rhinehart created a crowdfunding campaign to make “the future of nutrition” available to a wider community. He reached the funding goal in under 3 hours and every additional dollar will go towards improving the formulation, manufacture, and distribution of the product.

Soylent is generating a lot of excitement in the startup community, amongst people who find feeding themselves a hassle or a distraction from work or who are into the idea “body hacking.” While the ability to be optimally nourished with minimal effort is well-suited to the entrepreneurial lifestyle, Rhinehart’s ultimate goal is to make nutrition more accessible to people who genuinely don’t have access to nutritious food.

“Income makes a huge difference in people’s health and lifestyle,” Rhinehart said. “It’s not fair that people with higher income can afford Whole Foods while people in lower-end areas mainly have access to fast food and junk. I resented that. People are nutrient deficient in the U.S., even if they aren’t starving, and this is about restoring balance.”

Seventy percent of Americans are overweight or obese, one in seven people globally are malnourished, and one in three in the developing world suffer from deficiency. Furthermore, Rhinehart said that “countless” others are living hand-to-mouth, which hinders their ability for economic development. Soylent could change that by alleviating hunger and malnutrition at a low cost. There are potential environmental benefits as well. A recent report published in the Guardian found that as much as half of the world’s food is wasted every year — that is the equivalent of 2 billion tons of food that ends up in the trash. Soylent would not only cut down on that waste, but also on the harmful effects of agriculture, livestock, and food processing.

It sounds too good to be true, and people (present company included) are understandably skeptical of a super-powder that solves all these issues. The Washington Post interviewed nutrition expert Jay Mirtallo who said that it is “completely” possible to live a healthy life by subsisting off “medical food.” The real question is, would you want to?

For many of us, food is a pleasure rather than a hassle, and so much of our social lives revolve around coming together over meals. Rhinehart said that Soylent is not about replacing food altogether — rather it’s meant to replace the crap or processed food we eat when we are too busy to toss up a farm-fresh salad.

“Soylent is about enjoying food more” he said. “For most people, this will be a subset of their meals. You should still enjoy social eating in restaurants, cooking, and indulging in all your favorite foods, but food can be something that is purely for fun and leisure. I don’t hate food, I just think we could do better by innovating in food a little bit.”

Food is such a basic part of human existence that the idea of innovating on it seems odd. When I think of “food innovation,” I think of muscleman nutrition supplements, processed foods, or genetically modified foods — none of which I consider healthy or appealing. Rhinehart said that the food industry has applied technology in ways that aren’t beneficial to our bodies, but this doesn’t have to be the case.

“Food does not have to be natural to be healthy,” he said. “Processing is a useful innovation that has been misused. You can use it to make food look more appetizing or addictive, or you can use it to make something that is quite healthy. People are understandably conservative about their food. Natural organic food has its place, but at the end of the day, all foods and flavors are made out of chemicals, and we can engineer those to make better food than nature has.”

Rhinehart has no formal background in food science. He is a software engineer who went through the summer 2012 Y Combinator batch to build affordable wireless networks for developing countries. While going through YC, the founders were working around-the-clock, and he thought that what people really need are better ways to stay nourished. YC founder Paul Graham called it the “biggest pivot in YC history,” and now the project is off and running.