SpaceX is going to wait a little longer to prove its Falcon 9 rocket is reusable.

Today, less than 30 minutes after a successful launch of scientific equipment headed to the International Space Station, the Falcon 9 rocket came down, as planned, on the company’s at-sea “drone ship,” but it didn’t survive the landing, although a video shot from a chase plane showed it coming down almost perfectly vertical before it tipped over and exploded.

In a tweet, SpaceX founder and CEO Elon Musk wrote that, “Rocket landed on droneship, but too hard for survival.” 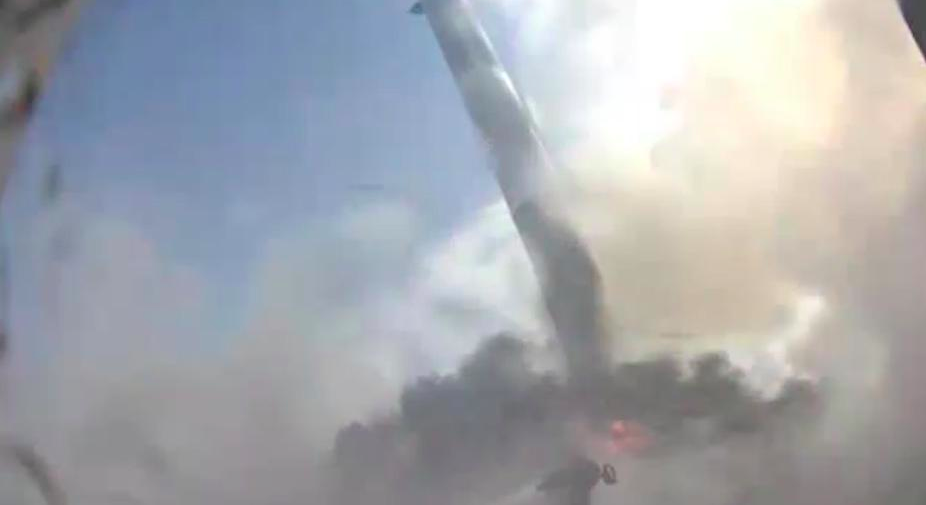 Above: SpaceX founder and CEO Elon Musk said the Falcon 9 landed on the droneship, but it was moving too fast to survive.

Over the last few months, SpaceX has made two previous attempts at a controlled landing of its reusable Falcon 9 on an at-sea “drone ship.” The first attempt, in January, ended in a spectacular explosion as it hit the platform askew and out of control. The second, in February, came close, but the rocket splashed down a mere 10 meters away from the drone ship in heavy seas.

At the time, Musk said that he expected that had the weather been calmer, the rocket would have come back to Earth safely. Even today, prior to launch, Musk hedged by saying that the odds of a successful landing were less than 50 percent, and only 80 percent by year’s end thanks to “many launches ahead.” 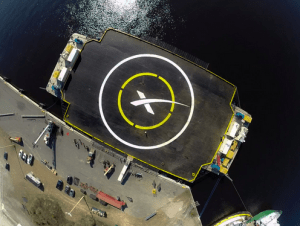 Above: The SpaceX ‘drone ship.’

Today, though, with good weather conditions and a strengthened drone ship, the company made its third attempt. But, alas, Musk’s math was right.

Being able to successfully return a Falcon 9 to Earth is a major step for SpaceX, because it will allow the company to reuse the rockets for future launches. That would be significant because it would slash the cost of future missions, SpaceX says:

SpaceX believes a fully and rapidly reusable rocket is the pivotal breakthrough needed to substantially reduce the cost of space access. The majority of the launch cost comes from building the rocket, which flies only once. Compare that to a commercial airliner – each new plane costs about the same as Falcon 9, but can fly multiple times per day, and conduct tens of thousands of flights over its lifetime. Following the commercial model, a rapidly reusable space launch vehicle could reduce the cost of traveling to space by a hundredfold.

It’s not yet clear when SpaceX will make its next attempt.