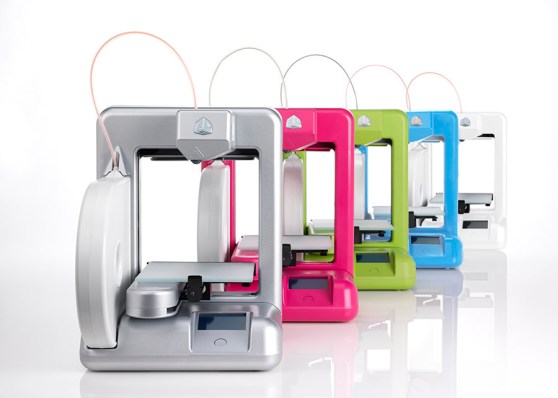 What does it mean when the world’s largest retailer of office products starts selling 3D printers? It means 3D printing has finally hit the big time.

Staples announced plans today to sell its first 3D printer, the 3D Systems Cube. With the announcement, Staples becomes the first U.S. retailer to embrace 3D printing, a technology that is slowly but surely bubbling up into mainstream consciousness.

Released last year, the Cube can print in 16 colors and is designed with 3D printing newbies in mind. 3D systems CEO Abe Reichental says the device is all about taking what Apple did to the tablet market and bringing it over to the world of 3D printing. “My assertion is that everyone can be creative if you remove all the friction and intimidation,” Reichental told me way back last year.

The device will run for $1,300 when it hits select stores in June (though its available through the Staples online store today).

While selling its first 3D printer is obviously a big deal for Staples, the move is the latest in the company’s larger effort to embrace the technology. Back in November, Staples announced that it was working with 3D printer company Mcor on a new in-store 3D printing service. That move, while limited to an initial trial run in the Netherlands, was also a major first for a company that’s known more for selling Post-It notes and paper than pushing developing technologies.