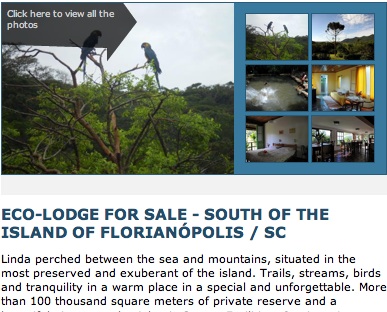 While companies such as Trulia and Zillow duke it out within the hard hit US real estate market, new startup VivaReal is targeting Latin America, a market with strong prospects for growth and higher online advertising rates. Since launching in May 2009, the company’s site has amassed 600,000 monthly visitors and almost as many property listings.

Brian Requarth, CEO, and Thomas Floracks, COO, founded the company in 2007 with development offices in Bogota, Colombia. It was in that country that they happened to meet in 2005 while renewing their visas. Brian, a California native, had previously worked for an Internet startup in the real estate industry and Thomas, a German national, had developed sites for several startups in Germany.

When asked why they decided to focus on Latin America, the founders highlight two key factors: 1) Exceptional growth rates and 2) High margins. In terms of growth, Latin America is a region with 175M Internet users – growing at 20% per year – and a real estate market with excellent growth projections in a number of countries such as Brazil where the company’s site gets almost half of its current visitors.

In terms of margins, because of the fragmented nature of the market and the lack of a centralized database comparable to the Multiple Listing Service (MLS) in the US, in-country portals in Latin America are charging between $20-$40 per monthly listing. This is several times more than is charged in the US market. It is interesting to note that some of the top revenue producing real estate portals are located in countries outside the US (e.g, German, Australia), since the lack of an official centralized property database tends to produce higher rates for listings.

During the first months of its launch, the 14-employee company grew its property inventory in part by offering free listings. Now, though, it’s begun charging $10 per month for an individual listing in select cities – with other cities to follow.

In addition to the main site, which launched in three languages (English, Spanish and Portuguese), VivaReal has launched 5 country-specific sites and will be rolling out 6 more during the remainder of 2010. Thanks to investments made in developing the foundation platform and in strategies for improving organic search results, the company is confident it can maintain its more than 20% growth rate of monthly visitors for quite a while.

Though the company has executed well on its business plan, a key challenge in building a regional brand in Latin America will be competing with established in-country portals. For instance, Brazilian competitors Zap and Imovelweb are well established in the country’s principle cities. For this reason, VivaReal is offering more competitive rates on property listings, striking alliance deals with key real estate companies and covering secondary cities as well as the primary ones. 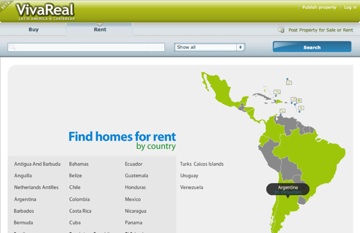 Requarth sees Brazil as a vital country upon which to build the company’s revenue model because of Brazil’s large Internet population of 68M users (more than 30% of all users in the region). Indeed, companies such as comparison shopping site Buscape, which recently received a $342 Million investment from South African media company Naspers Limited, have built substantial Internet businesses in that country. In order to properly address the opportunity, VivaReal has hired Country Manager, Diego Simon, who has closed deals with two of the country’s largest real estate brokers, Lopes Consultoria and Century 21 Brasil.

Indeed, if VivaReal is successful at establishing a regional brand, it’ll become part of a select group of companies such as Mercado Libre, a Nasdaq listed company with $1.7B market cap similar to eBay, and OLX, a new startup similar to Craigslist with $28.5M in funding.

The company raised a $1.2M seed round in 2007, with business angel James Gray investing $600,000. It’s starting to grow its revenue, and it projects it will reach profitability in the third quarter. The company is considering raising an institutional round to accelerate its growth and fund additional business develop initiatives such as new product and service offerings and stronger presences in strategic countries.