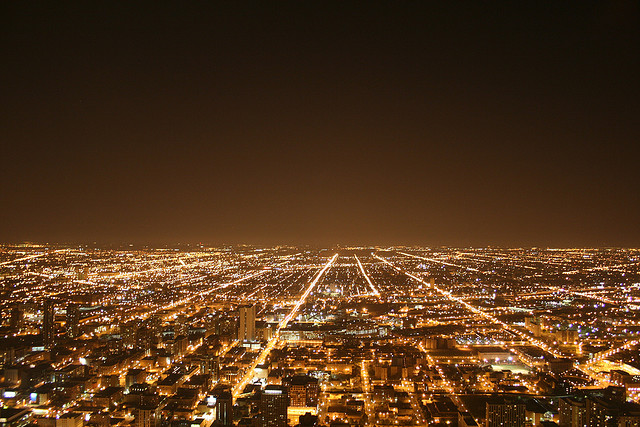 If there is one technology which is truly essential and ubiquitous in our world, it’s electricity. Yet few of us have any idea how the power grid works. That’s going to have to change. Understanding the grid of today is the key to building the grid of tomorrow, a theme which VentureBeat will explore next week at its GreenBeat 2010 conference at Stanford University. The theme: “Charging the Super Grid.”

So what is the super grid and how will we get there? 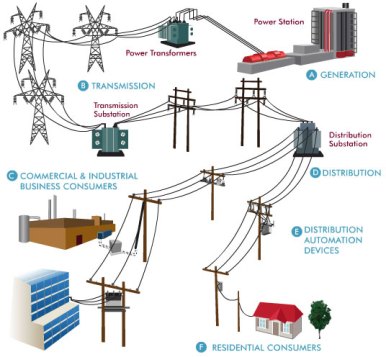 The current grid is a complex and aging infrastructure based on 19th-century technology. But lately, the energy sector has been focused on building what some have called a “smart grid” — using information technology to make the existing power infrastructure more efficient and easily monitored. That market itself was worth $21 billion last year and is poised to double to $42 billion by 2014.

But there’s an even larger opportunity; what we’re calling the “super grid.” It’s a bionic upgrade to power generation and distribution that will let our energy network diagnose and heal itself, dynamically integrate renewable energy and local power sources, and automatically lower electricity demand. The source of those superpowers is still information technology — only it is being pushed forward by even more disruptive technology.

We first defined the super grid agenda last year, when we threw our first GreenBeat event. There we talked about the revolution the super grid is driving: As more people get solar roofs on their homes, they’ll be able to put energy back onto the grid themselves, creating a two-way grid architecture. And the smart meter — networked, computerized meters installed in consumers’ homes and businesses — may be the most visible face of the super grid. Many more technologies and companies are involved, however.

Here are the broad categories of opportunity for building the super grid.

Electricity is currently generated at a power station and then transmitted over high-voltage lines to local substations. The super grid will integrate renewable power sources, such as solar and wind, more efficiently, for example funneling solar power to more homes at cheaper prices in the middle of the day when the sun is most powerful and air conditioners are on full blast. The super grid will also include microgrids, which are virtual power stations consisting of multiple small energy sources such as home solar panels.

The existing grid runs most efficiently when generation and demand are kept constant, partly because storing energy is expensive. But this is wasteful, because it means keeping power stations running even when demand is low, so that they can be ramped up quickly when demand increases. Renewables like wind or solar power don’t generate power constantly or necessarily at the time it is being consumed. Wind farms generate more power at night, for example, while solar arrays require light. New software is required to forecast and smooth generation from renewables and manage the electricity flow from microgrids.

The next stage in electricity distribution is from substation to home meters. New communications and distribution management software will monitor and diagnose problems in the transformer network and maybe even repair them automatically. Equipment at substations must be networked to allow this monitoring. A technology called volt-var control can reduce energy loss during distribution by keeping the voltage steady. Volt-var control requires complex mathematical algorithms so automation software is essential.

Just as venture capitalists poured money into upgrading the Internet network in the late 1990s, with things like routers and switches, to make the web more efficient, so are investors looking to invest in the equivalent of those routers for the electric grid. Cisco has called it the “grid operating system.” Venture capitalist Vinod Khosla says he’s looking to invest in this “core” grid architecture, and he’ll be just one of many of the industry’s leaders speaking at GreenBeat 2010 next week..

The grid is most visible to most people when electricity enters their home and drives their home appliances. Smart meters on the outside of homes are measuring that home usage, and the latest generation of meters enable two-way communication between the power grid and the home devices. There are many rival candidates for the communications technology, from low-power mesh networks (ad-hoc, point-to-point wireless networks) and powerline communications to cellular networks.

Smart meters allow pricing to change dynamically, to match levels of generation and demand. If demand goes up and strains supply, then smart metering drives prices higher, so that consumers can react accordingly. Consumers can create controls, for example, which automatically turn of air conditioning when they’re away from the house, and when prices go above a certain level. Other smart home appliances will be able to react automatically to pricing changes based on policies set by home owners.

The meters also generate vast amounts of information which can be processed and managed by utilities to adapt electricity delivery to usage patterns. Demand-response software can be used by utilities to turn high-demand appliances on and off or start local power generation during peak demand periods.

Finally, as electrical vehicles enter the market, utilities can potentially use their batteries as cheap power-storage devices.

Making advanced IT the driver of the power grid is not without its risks, one of which is security. Imagine viruses which can cause blackouts or appliances being shut down by rogue software. Reliability is also an issue since complex systems tend to be more brittle: Think about how often you have to reboot your smartphone as opposed to your old feature phone.

But the grid needs to change. And the opportunities to apply transformative information technology to power networks, as opposed to just making needed upgrades, have yet to unfold. This makes it a very exciting time for both the startups (read our story about SunRun, for example) and industry behemoths who want to contribute to that change, not to mention the rest of us who depend on electricity. Welcome to the super grid. Population: Everyone.

Are you a green executive or entrepreneur? If so, sign up now for GreenBeat 2010 — the year’s seminal conference on the smart grid — November 3-4 at Stanford University. World leaders in smart grid initiatives will debate how the new Super Grid is creating huge opportunities in cars, energy storage, and renewables. GreenBeat 2010 is hosted by VentureBeat and SSE Labs of Stanford University. Go here for full conference details and to apply for the 2010 Innovation Competition.