Pretty much every company is a software company these days, meaning they all have to manage code in some form. But the bigger a business becomes, the more it relies on software to operate, with larger codebases and more engineers and developers coming and going. This is where things get complicated, especially when the original author has not provided sufficient documentation for the next person to refer to.

Understanding code written by someone else can be a major challenge at the best of times, but that is particularly true for anyone joining an engineering team. Israeli startup Swimm wants help by enabling developer teams to better understand code. It does this by synchronizing code to smart documentation that stays current even when the codebase changes. This helps with developer onboarding and cross-team collaboration, which is particularly important at a time when much of the global workforce operates remotely.

The Tel Aviv-based company formally emerged from stealth today after six months in closed beta and announced that it has raised $5.7 million in a seed round led by Pitango First.

Swimm is primarily focused on streamlining the time it takes for developers to understand a new codebase or parts of the code in an “unknown area,” cofounder and CEO Oren Toledano told VentureBeat. “This pain occurs when a developer joins a new company, a new team, switching between projects, or contributing to open source,” he said. “This is both time-consuming, pricey, and painful at the company and employee level.”

Companies deploy Swimm by installing its desktop app, which allows the developer team(s) to add their relevant Git repositories — from GitHub, GitLab, Bitbucket, or elsewhere. (The platform doesn’t yet support other version control systems, such as Mercurial or Perforce.) Once synced, all content Swimm’s users create is stored on the client’s repository — and isn’t shared with Swimm’s servers. 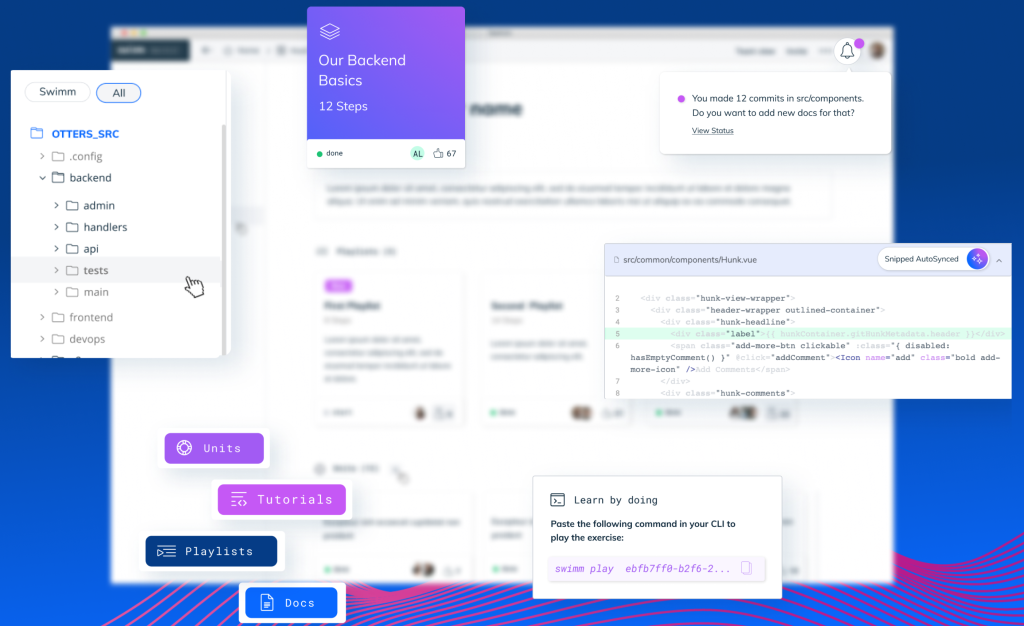 With “snippet studio,” users can create code tutorials and documents directly from the codebase, allowing engineers to highlight specific areas and include comments that explain their logic or sync it with “playlists” that cover a specific issue in depth. 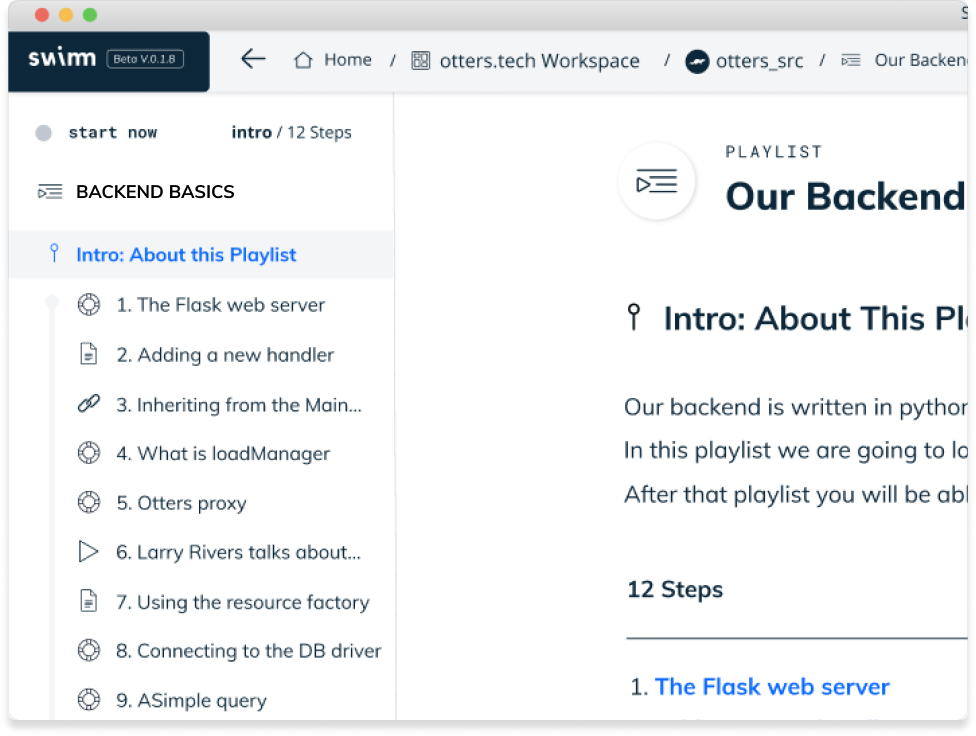 Above: Swimm: Playlists and units

With codebases constantly evolving, the corresponding tutorials and documentation need to change, which is why Swimm has developed an auto-sync algorithm that automatically suggests changes to the documents.

Swimm will eventually operate a subscription-based SaaS model, but while it remains in closed beta, Toledano said the company is “still exploring different pricing models” based on the size of the team using it. And although Swimm hasn’t divulged any early-stage users, Toledano said they range from “very small and early-stage startups to large enterprises” across the U.S. and Israel.

There are plenty of knowledge management tools already aimed at the software development sphere, such as Stack Overflow. Emerging startups are also helping developer teams become more efficient and organized. These include universal code search company Sourcegraph, which recently raised $50 million; project management and issue tracking company Linear, which recently raised $13 million; and Openbase, which wants to be the Yelp for open source software packages and announced a $3.6 million seed round yesterday.

Swimm fits into this broader trend by encouraging knowledge-sharing and reducing friction across software companies as their codebases and engineering teams evolve.