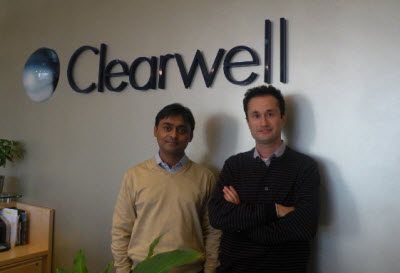 In the past two years, Symantec spent $2 billion on acquisitions, including $1.25 billion for the purchase of Verisign’s authentication business.

As we noted in 2009, Clearwell hit its stride as a provider of eDiscovery services, providing a way to search through terabytes of emails, company records, and other data to narrow down a legal search to whatever documents are most relevant to its case.

The Mountain View, Calif.-based company first launched its service in 2006 but has released many versions. The company’s hundreds of clients are a who’s who of corporate America, including Viacom, Dow Jones, Fedex, Boeing, General Electric, Coca Cola, Microsoft and Hewlett-Packard.

Whenever those companies are hit with litigation or regulatory requests, they are under legal obligation to disclose relevant documents in the court discovery process. Those companies are using the Clearwell technology — which documents and explains how a company’s document search will hold up in court — so that they can avoid hiring an army of lawyers to read through every single document ever produced by the company. Corporations spend billions every year on this kind of work.

The product is used by thousands of lawyers and information security specialists. Its importance has increased in recent years as email has become more and more pervasive in documenting the processes that happen within enterprises. The company was headed by Aaref Hilaly, chief executive (pictured right) and Kamal Shah (left).

The company started with an idea in 2005. Venkat Rangan, Andy Byrne, Trevor Eddy and Anup Singh founded company, and Hilaly and Shah came on to run the business. They launched their e-discovery software. About 75 partners offer Clearwell as a software-as-a-service.

As of 2009, the company had raised $33 million in three rounds from Sequoia Capital, Redpoint Ventures, and late-stage venture funds.