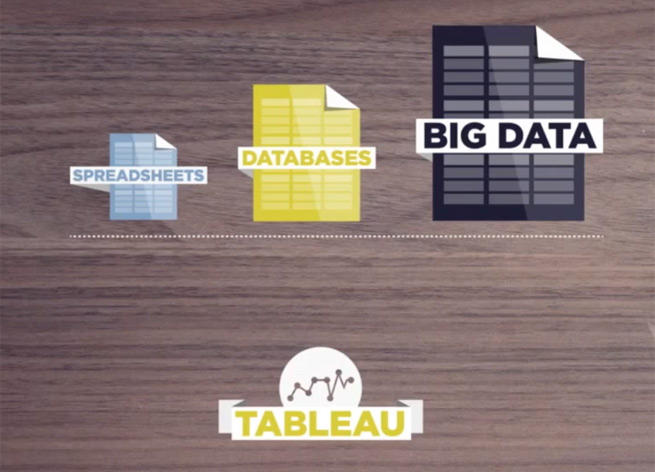 Enterprise tech IPOs have seen big movement over the past few years. Now we can add big data and data visualization company Tableau Software to the list of successful enterprise IPOs, as its share price has popped as much as 60 percent in early trading today.

Last night, Tableau priced its IPO at $31 per share, raising $254 million with an offering of 8.2 million shares. Now that price has shot up to about $49 on the New York Stock Exchange, as of this writing.

Tableau offers products to help technical and nontechnical users create interactive charts and simulations based on raw data. Tableau generated $127.7 million in annual sales in 2012, more than double its 2011 revenue and more than quadruple its 2010 revenue. Back in November, we picked Tableau as one of 10 startups leading the way in big data.

“Our mission, to help people everywhere see and understand data, isn’t all that different from Google’s,” Tableau CEO and cofounder Christian Chabot told us in a recent interview.

Tableau originally filed for its IPO in early April. At that time, it was just looking to raise $150 million in its initial public offering.

Prior to the IPO, Seattle-based Tableau raised $15 million in funding over two rounds from New Enterprise Associates. NEA’s partners and investors have got to be pretty happy with this deal, as the fund was seeing a 20x return on its investment in Tableau, according to Fortune’s Dan Primack — and that was before today’s pop.