The Tel Aviv-based company is now valued at $1.9 billion, sources familiar with the matter told VentureBeat, meaning that’s roughly four times more than its valuation at its previous funding round last year.

Founded in 2012 initially as Dapulse, Monday.com is a team communication, planning, and management tool that supports creating and assigning tasks to team members; allocating workloads; collecting comments and feedback; sharing files; and more. There’s also a visualization feature that gives an overview of everything everyone is currently working on.

Earlier this year, Monday.com launched two interesting new features — integrations and automations, which opens up an IFTTT-like world of opportunities for companies to connect data and processes from various platforms, while minimizing repetition in the processes. These integrations include link-ins with Google Calendar, Gmail, Outlook, Shopify, Slack, Typeform, MailChimp, Zendesk, GitHub, and more. 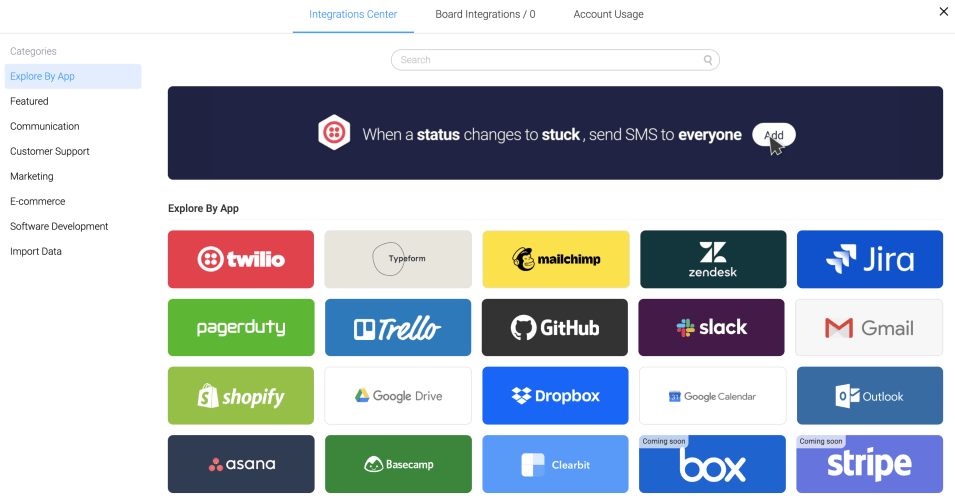 In terms of pricing, Monday.com offers four core plans, ranging from Basic to Enterprise, with figures varying depending on the number of people requiring access. By way of example, a team of 5 people would pay $35 per month in total for the basic plan, or $59 for the Pro plan — a team of 200 people would pay $1,000 / $2,399 for the same plans.

The task-management software market alone is estimated to be a $2.27 billion market today, and there has been a slew of activity across the industry over the past year. Back in November, Asana raised $50 million at a $1.5 billion valuation, while a few months back Mavenlink closed a $48 million round. In April this year, Bellevue, Washington-based Smartsheet — which operates a SaaS-based team collaboration and task management platform — became a public company. As of today, Smartsheet is valued at around six times its IPO valuation.

Prior to now, Monday.com had raised around $84 million, including its $50 million series C round last summer, and with another $150 million in the bank, the company said that the funding will be used to expedite its scale its operations internationally and develop further integrations with other platforms.

In the intervening months since its last raise, Monday.com said that it has doubled its headcount to around 300 people, tripled its revenue “into the tens of millions of dollars,” and doubled its client base to around 70,000 teams globally. Its customers include big-name brands such as Phillips, WeWork, Hulu, Carlsberg, and the Discovery Channel.

“To build a tool that is truly helping teams, we created a platform that people actually love to use and one that solves the fundamental problem that every team shares: the ability to work well together,” noted Monday.com cofounder and CEO Roy Mann. “We see the future of software in the workplace as a seamless connection of cloud-based tools, and our goal in building Monday.com is to create the best platform we can to serve as the hub for those tools.”