Museums around the world need to use technology to hold the attention of increasingly tech-savvy children. And that’s doubly true for the Tech Museum of Innovation in San Jose, California.

The museum in the heart of Silicon Valley is opening a 5,000-square-feet exhibit on October 15 that uses groundbreaking augmented reality technology to bring it all to live. The Body Worlds Decoded installation is a permanent exhibit of “plastinated human bodies,” or a spin off of the popular Body Worlds exhibit that has traveled around the world.

Lisa Incatasciato, exhibit content developer at The Tech, and Dan Streelman director of exhibit development, took me on a tour of the immersive exhibit last week in advance of the opening of the exhibit, which will be a permanent installation that could stick around for about 10 years. 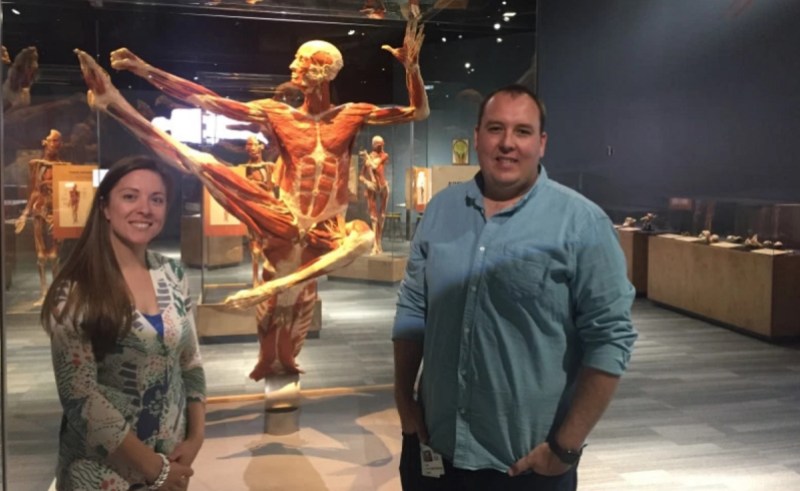 Above: Lisa Incatasciato and Dan Streelman of the Tech Museum of Innovation.

“We have these incredible bodies that everyone has come to know and love through Body Worlds, and now we are adding a Silicon Valley twist with augmented reality,” said Streelman, in an interview with VentureBeat.

The exhibit stands on its own, but you can enhance your experience with AR, which turns the whole place into an anatomy lab. Incatasciato handed me a Google Tango tablet, the Lenovo Phab 2 Pro, which was running Iris, an app for the Body Worlds Decode exhibit. The museum partnered with the Institute for the Future to build the software.

I pointed the tablet at the exhibit area and walked around. I could see on the tablet screen that there were some icons floating in space. I tapped on one of the star icons and came face-to-face with a human eyeball.

“The AR lets us see motion,” said  Incatasciato. “It visualizes what you might otherwise see as just a 2D picture in a book.” 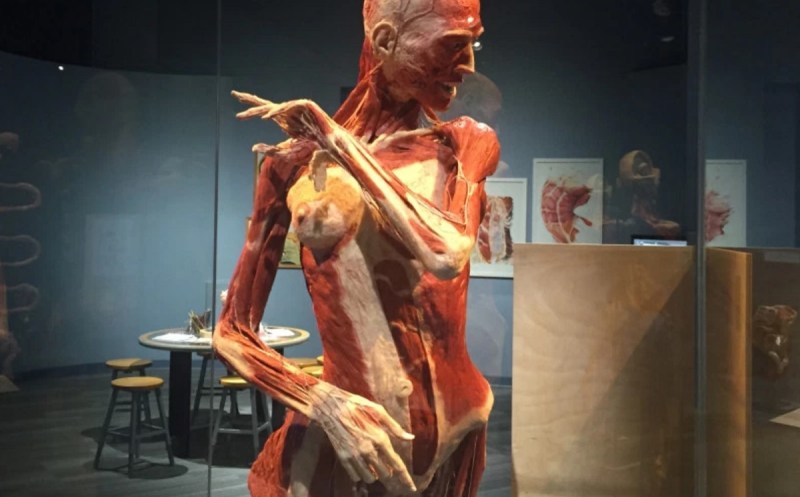 If I zoomed in on it, I could get closer and closer to the eye, and at one point, I crossed a threshold and went inside the eye.

“We worked with 3D animators to develop the content for us,” Streelman said.

Sprinkled around the exhibits are 3D models and virtual objects, including the eyeball as well as a beating heart, a moving digestive tract, and skull which explodes or unexplodes to illustrate all 22 bones in your head. I also saw blood cells floating in the air.

The reproduction had a few plastinated penises and vaginas, some of them attached to bodies and some of them not. I remarked that those were sure to get a lot of laughs.

“Yeah, the school tours will have a lot of giggles,” said Incatasciato. 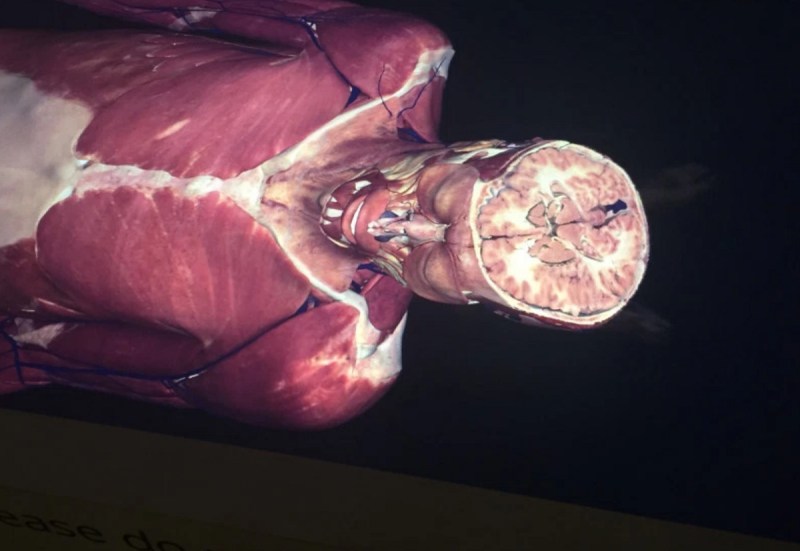 Above: A dissection on the Anatomage table.

Other parts of the exhibit had big monitors, where you could see animations like an X-ray view of a moving knee. There was a big Anatomage 3D visualization table, where I used my finger on a touchscreen to dissect a human body and see what it looked like with any given cross section.

“We’ve set up preset scenes that show you different areas of the brain,” said Streelman.

The museum spent about a year working on the technology. It could have sped that process if it had access to the Google ARCore or Apple ARKit augmented reality platforms, which only debuted recently, Incatasciato said. 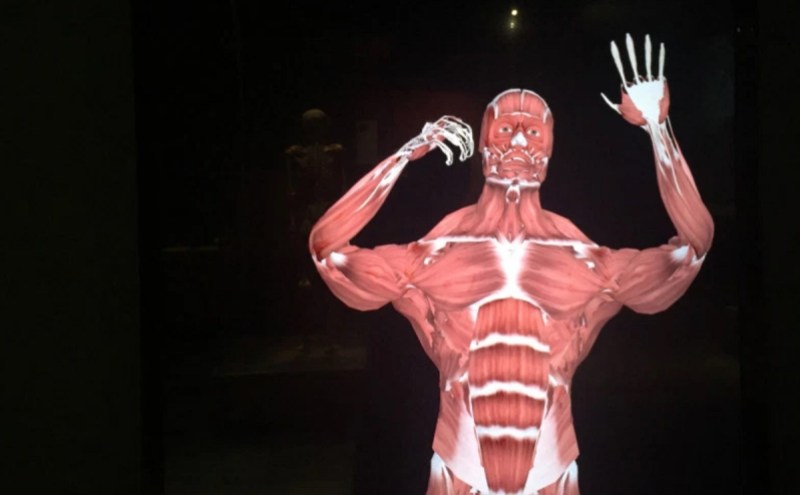 Above: I am making the gestures here. But those rippling muscles aren’t mine.

Venture capitalist John Doerr and his wife Ann donated $5 million to make the exhibit possible, in hopes of contributing a greater understanding among youths for the life sciences.

The bodies and specimens were preserved by Gunther von Hagens’ Institute for Plastination, which created Body Worlds exhibitions to help people better understand the human body and its function.