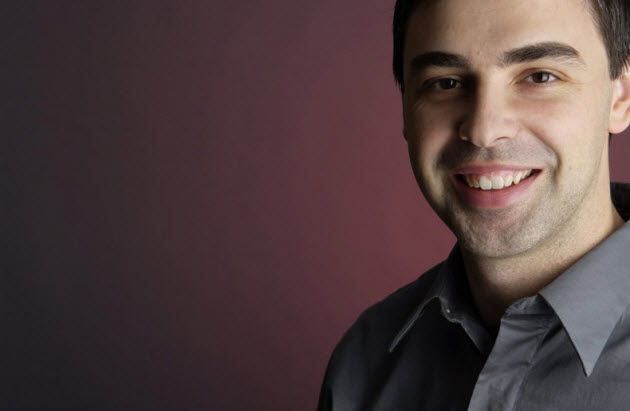 Larry Page takes over Monday as chief executive of Google, one of the most successful tech companies of all time. As co-founder, Page has been instrumental in the company’s success from the very start. But the company must overcome a number of challenges in the years ahead, if it is to be all it can be.

As he takes over from Eric Schmidt, Page has a lot of wind at his back. Google is one of the most impressive money-making machines in history with its strong search advertising business, which generated a lot of the company’s $8.44 billion in revenue in the fourth quarter. Google’s Android mobile operating system is going strong, and so is its YouTube property. But sharks have to keep swimming, and Silicon Valley companies have to keep moving, or they wind up being crushed, outwitted, or marginalized like Netscape, Silicon Graphics, or Sun Microsystems. Schmidt left some tough problems for Page to tackle. Here’s a rundown of what Page has to overcome to avoid Google becoming stale:

1) Deal with the growth of social networking giant Facebook. Google finally launched its +1 social affinity feature, but the time it took to make that happen was awfully long compared to the speed with which Facebook has been revising its platform. Facebook represents a threat to Google because the bigger the social network grows, the bigger Google’s blind spot gets (Google can’t search through the data on Facebook’s platform because it is walled off from the open internet.) That means Google’s search results won’t be the best at some point.

2) Circumvent the obstacles that China is throwing in its path. Google’s revenue has grown in China but not as fast as many Chinese businesses have grown. But Google claims the Chinese government is slowing down Gmail. Google is also trying to win the right to continue offering its Google Maps service in China without handing over its source code to the Chinese government. Rivals such as Baidu are racing ahead in the meantime.

3) Stay out of the cross hairs of antitrust regulators around the world. The European Commission and the Texas attorney general’s office are investigating Google’s market power. Members of Congress want public hearings on Google’s competitive practices. A federal judge recently rejected a legal settlement that would have allowed Google to proceed with its book scanning project. Google Books was reportedly Page’s pet project, and it’s not going so well. Google has $35 billion in cash. But as Microsoft learned, cash can disappear pretty quickly once government’s take their share in antitrust fines.

4) Catch up with Apple on mobile innovation. Google has spent a lot of time trying to outwit Microsoft. With its Android mobile operating system, it has taken on Apple. But even as Android gains market share on Apple’s iOS mobile operating system, Google frequently trails behind Apple in platform innovations. It has been far behind Apple in coming up with tablet software and ways for consumers to buy goods from within an app, which is the primary business model on the iPhone.

5) Make Google a good investment in the stock market. As long as Google is a one-trick pony focused on search/ads, investors won’t reward it with a rising stock price. And mediocre growth will make it harder to hang on to employees as well. If things continue this way, Google could wind up like Dell, Forbes said. Google’s market capitalization is $190.3 billion, while Apple’s is $317.4 billion.

6) Get people to trust it when it comes to privacy. Google has made a number of blunders when it comes to privacy, such as capturing Wi-Fi passwords with its Google Street View vans and paying an $8.5 million settlement over complaints about how its Buzz social networking tool exposed the names of people with whom Gmail users regularly communicated. Google has agreed to let the Federal Trade Commission review its privacy procedures every couple of years. And it seems it still hasn’t learned. Just last week, CNN wrote about how Google is exploring a service that allows people to identify faces in a photo. I noted how that was a perfect tool for stalkers. Google had once put such a project on hold for privacy concerns, but somehow this one’s been born again. It doesn’t inspire trust.

7) Hang on to its people in a talent war that is heating up. Rivals such as Facebook and other hot startups in Silicon Valley are hiring Google employees who want a chance at striking it rich. Google can’t reward its employees as richly as companies that are giving out potentially highly valued stock options. This relates to No. 5. But Google also has to start fun new businesses that make employees want to stay. At the moment, four of Facebook’s top executives once worked at Google.

8) Learn how to deal with the news media. Page is said to have a deep aversion to dealing with the news media. That can work against Google, as there are plenty of other CEOs who are better at that task and are often willing to dish mud in Google’s direction. Page is ranked No. 24 on Forbes’ list of billionaires. It’s pretty hard to have sympathy for such as person. But Page should try harder. He has leaned on Schmidt for too long in creating a public face for Google. That’s going to take some emotional intelligence, not just pure brain power.

9) Fix Google’s public image problems, because where there’s a perception problem, there’s also a reality problem. Google should come off as humble and realistic, not arrogant. Schmidt eventually learned how to speak properly in public without causing a furor on every occasion. When it comes to Google’s brand name, it has a lot going for it with search, YouTube and Android. But in too many other attempts, Google has failed to win over consumers. Google has to win trust and wow its fans over and over again.

10) Find a huge new business beyond search. YouTube, AdSense, Google Maps and other big diversifications are starting to generate good money for Google. But ad revenues from search still dominate the company’s bottom line. Maybe the company can build a better electric car than Tesla?