If you thought Tesla was a car company, think again. It’s a battery company that happens to sell cars wrapped around one manifestation of its core product.

That was made clear this evening when the Palo Alto, Calif.-based company announced a new brand name, Tesla Energy, and that it will begin selling a new line of stackable batteries aimed at homes, businesses, and industrial spaces known as Powerwall.

The Powerwall is available in 10kWh, optimized for backup applications or 7kWh optimized for daily use applications. Both can be connected with solar or grid and both can provide backup power. The 10kWh Powerwall is optimized to provide backup when the grid goes down, providing power for your home when you need it most. When paired with solar power, the 7kWh Powerwall can be used in daily cycling to extend the environmental and cost benefits of solar into the night when sunlight is unavailable.

Tesla’s selling price to installers is $3500 for 10kWh and $3000 for 7kWh. (Price excludes inverter and installation.) Deliveries begin in late Summer. 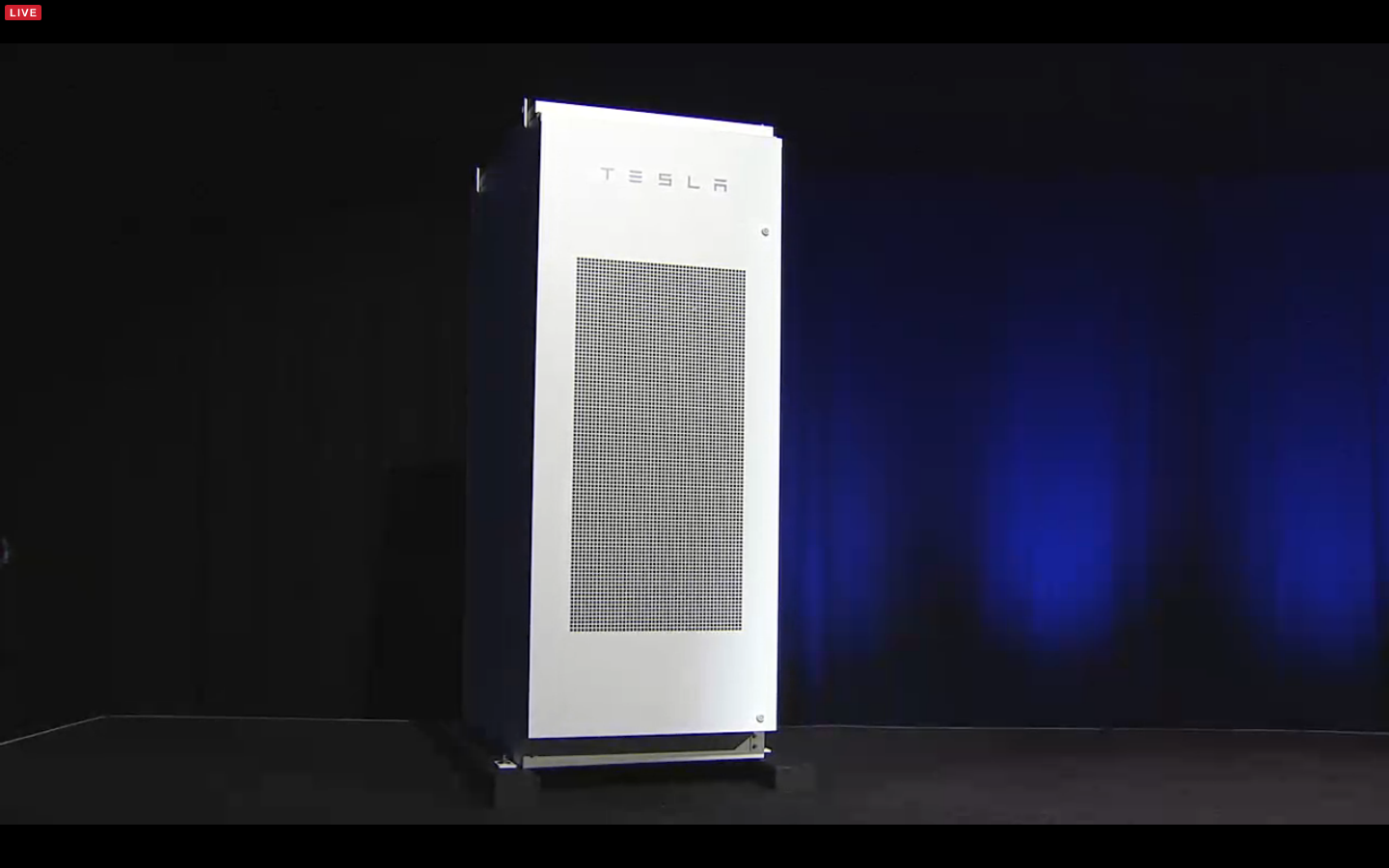 “Tesla is not just an automotive company, it’s an energy innovation company,” it wrote in a press release. “Tesla Energy is a critical step in this mission to enable zero emission power generation.”

The idea behind Powerwall is to provide power to those customers with stored energy.

The Tesla Powerwall is a rechargeable lithium-ion battery designed to store energy at a residential level for load shifting, backup power and self-consumption of solar power generation. The Powerwall consists of Tesla’s lithium-ion battery pack, liquid thermal control system and software that receives dispatch commands from a solar inverter. The unit mounts seamlessly on a wall and is integrated with the local grid to harness excess power and give customers the flexibility to draw energy from their own reserve.

Tesla’s rationale for making batteries for homes and businesses is clear. The packs could be charged during off hours — evenings and weekends — when demand for power is low, and provide power at peak times when demand, and prices, are high.

The company argues that the Powerwall provides a range of benefits to customers. Those include load shifting, which means charging when demand is lower and the cost is less; boosting the use of solar power generation since “the battery can store surplus solar energy not used at the time it is generated and use that energy later when the sun is not shining;” and backup power.

Tesla tweeted today that one-third of all fossil fuels consumed in the United States today go to electricity production. All told, the company said, 2,000 million metric tons of carbon dioxide is produced by the electric power industry, the equivalent of burning 225 billion gallons of gas. “Time for change,” it tweeted.

“I think we collectively should do something about this, and not try to win the Darwin award,” Tesla CEO Elon Musk said at the Hawthorne event, referring to traditional energy production, which is essentially an environmental disaster, thanks to the reliance on unsustainable amounts of fossil fuels.

And, alluding to the fact that the new batteries can be charged by solar power, he added, “We have this handy fusion reactor in the sky, it’s the sun. We don’t have to do anything. It just works.”

This isn’t Tesla’s first foray into large-scale batteries. Already, it has partnered with SolarCity — the huge solar panel installer which has Musk as its chairman — on a power storage program. To date, SolarCity has distributed 300 batteries to customers, although the program is on hold until this summer.

According to the Wall Street Journal, the SolarCity batteries cost $24,429 to install, but the company allows its customers to pay for them monthly over 10 years.