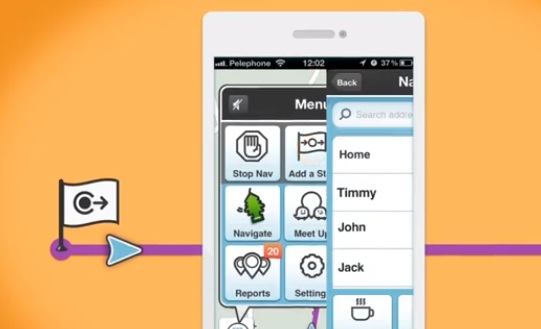 This post is written by independent writer and researcher Kevin Ducoff.

Considering it has been dubbed the “Startup Nation,” Israel is clearly an important player on the global tech stage. Not only does it have the highest density of tech startups in the world, but these startups attract more venture capital per person than any other country — 2.5 times more than the United States, 30 times Europe, 80 times India, and a whopping 300 times China.

I’ve been tracking foreign affairs and economic trends for years, and the technology economy that has emerged in Israel is one of the most significant happenings in the world today; not only have Israelis developed crucial technologies that affect our lives daily (including VoiP technology, flash drives, and instant messaging), but Israel’s tech initiatives are actually changing relations and the balance of power in the Middle East today.

Of the thousands of technology companies in the Israeli market, I have researched and put together a list of the country’s fastest-growing startups (either monetarily, based on customers/users, or both) that are most likely poised to transform industries and impact the world. Here are the top five:

1. Waze offers free turn-by-turn GPS navigation that takes crowdsourced traffic information into account when planning your route. The app also helps you find deals on gas and locates nearby points of interest, such as restaurants and even police traps. Waze (pictured above) has already raised $67 million in venture capital, and reports recently surfaced that Facebook was interested in collaborating with the startup or buying it outright.

2. Codename One gives developers a write-once, run-everywhere development platform for building native mobile apps across many mobile operating systems, from iOS to Android and BlackBerry. Codename One is open-source and uses special lightweight technology that eliminates fragmentation and offers developers a platform for mobile application development as easy as desktop development. Codename One is helping to defragment the mobile space and has exploded in popularity, having increased its user base 50 percent in the last month alone.

3. Kaltura is the web’s leading open source online video platform, providing over 150,000 universities, enterprises, and websites with a robust set of video software services. Kaltura allows organizations to play, share, distribute, and analyze all things video. The platform has helped businesses set up “corporate tubes” for internal communication and marketing purposes, and has enabled nearly every Ivy League university, alongside hundreds of other schools, to set up “campus tubes” for learning, collaboration, and other uses. Robust expansion and over $40 million raised in venture capital has led to predictions that Kaltura will become one of the world’s next billion-dollar tech companies.

4. Mobli is a visual media platform that lets you share photos and video in real-time with friends or people of shared interests. It gives users the ability to see the world — such as concerts, celebrity sightings, and news events — through any smartphone, creating a visual search engine. The company raised $26 million in venture capital and has added millions of users over the last few months. It counts Leonardo DiCaprio and Serena Williams among its investors.

5. StartApp is a monetization and distribution platform for Android apps. Launched in September 2011, the company acquired $4.3 million in startup funds and just surpassed 150 million downloads in July 2012. Instead of forcing developers to charge a fee or add advertisements to their apps, StartApp generates revenue by adding a search icon to a user’s home screen whenever they download an app. Whenever someone uses the search engine, both StartApp and the developer get a share of the money — a truly innovative way to monetize in the mobile apps space.

These are just a few of the Israeli companies set to significantly change the way we use technology to interact and access information. As the Startup Nation continues to experience rapid growth when it comes to acquiring venture capital and getting its companies on the map, we’re sure to see even more innovation from this important player in the near future.