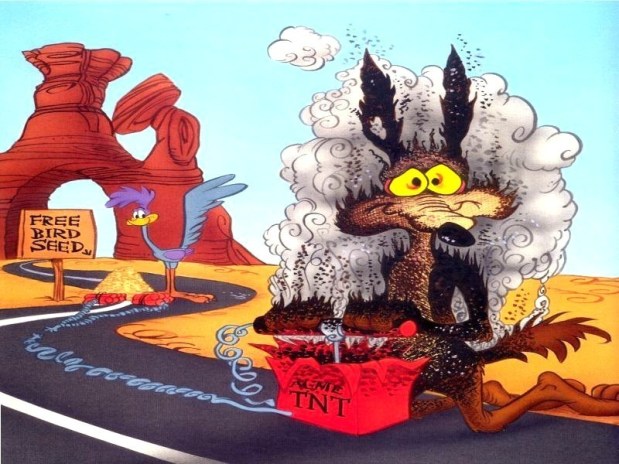 We’ve seen innovation in the computer industry many times. And we recently saw it again when Apple created a market for its smartphones and tablets and took a commanding lead from the previous kings of the hill (e.g., RIM, Nokia, Microsoft).

Microsoft has been particularly hard hit as tablets have eaten into its core PC market. And its smartphone efforts have faltered for several years. Now Microsoft is fighting back with its latest innovation, Windows 8.

But Windows 8 has a legacy curve “trap” to deal with that, as a brand new platform, iOS didn’t. However, I believe iOS now is moving down the same legacy curve that is hampering Microsoft (and RIM, for that matter) and falling into the same trap. How radically can you change things without turning off your existing customer base? Your ecosystem? Your app selection and developers?

The fact is, the farther you move down the innovation curve, the more likely you are to have challenges. When you start from a green field position (as iPad/iPhone/iOS did), the innovation curve is just at it’s beginning, both because you have no base to work from and because there are no predetermined expectations.

But when you have an existing product, its much harder to innovate – both because you are primarily making fine tuning adjustments on next generation products, and because you don’t want to alienate your base by changing too radically from what they already know and like so they will continue to buy new products and/or upgrade.

So, getting back to Apple and Microsoft — it’s the best of times and the worst of times, in a Tale of Two OSes (OK, three if you add Android, and perhaps 4 if you add BlackBerry).

Which brings us to the recently launched iPad Mini and Microsoft Surface tablets. Both now have to satisfy the legacy needs of their partners. Arguably, Microsoft’s legacy baggage is more severe than Apple’s. But when many people asked recently why the Mini was relatively non-innovative, the innovation curve is the answer.

Unless Apple wants to completely reinvent the iPad and iOS, they have some real world restrictions (e.g., app compatibility, user interface, form factor). For its part, Microsoft knows it needs to maintain Windows compatibility to keep its ecosystem happy while at the same time appealing to new users. That’s why some describe Windows 8 as Windows 7 with a touch interface wrapper.

But the legacy effect in the mobile market doesn’t apply only to Apple and Microsoft. Now that Android is beginning to mature, it too will fall into the legacy trap. Google will continue to make enhancements/improvements, but new versions of Android can no longer be a radical departure from the previous ones, without requiring a restart of the ecosystem that has been built to date.

Further, this is exactly what RIM faces with BlackBerry 10. On the one hand, it needs to totally reinvent the experience to modernize its image. On the other hand, it has an existing ecosystem, albeit shrinking, that it doesn’t want to alienate. It will do its best to make both happy, but in the end, it has to go much higher on the innovation curve than a typical legacy calculation would allow simply to regain its shrinking market share. This is a much bigger gamble for RIM but it really has no choice.

So what does this mean for the market? All of the major vendors are now bound by a Legacy Trap that limits their overall ability to innovate (including Apple). This means you should expect refinements, rather than revolution. This is typical of mature markets, and although the tablet and smartphone markets are still fairly young, the maturity curve for new tech is now months or a few years at best, rather than the decades it used to take for older tech like PCs.

It also means that buyer characteristics will change. It’s not as much the mass crowds seeking the newest, latest gadget going forward. It’s more likely customers that will upgrade more slowly than before (more traditionally like other tech products). The amount of innovation will directly effect how soon/quickly the upgrades take place.

New product categories have a huge surge, while upgrade categories generally don’t. This may be one of the reasons for the relatively slow sales of the iPad Mini at launch (although it still had decent sales overall). It also means that the pace of new product introduction may actually slow somewhat as fewer feature upgrades make it less attractive for customers to buy every 9-12 months. And customers often will skip a generation (or two) before upgrading. Again, this may have had an effect on the Mini, as many “gotta have one” customers bought the iPad 3 earlier (and how many consumers really need/will buy one of each?).

This has been a factor with Windows PCs for several years, and it’s why Microsoft is still in the process of converting Windows XP users who skipped a generation (now potentially 2 generations). RIM had a similar problem getting users onto BlackBerry 7. And Palm’s demise came about partially from requiring the loyal PalmOS user base to move up to WebOS (although Palm had several other problems that condemned it). You could probably include Symbian and some others in this discussion as well.

So, what’s the bottom line? The innovation curve is real and affects all products. But the hyper-inflation of new products categories seems to make people forget this. We will see a slowing in the amount of innovation of products over time as they fall into the legacy trap. And this will include the most popular products that seem to have unlimited potential.

Of course, this will only hold until the next new innovation cycle begins, and no one really knows what, or when, that might be.