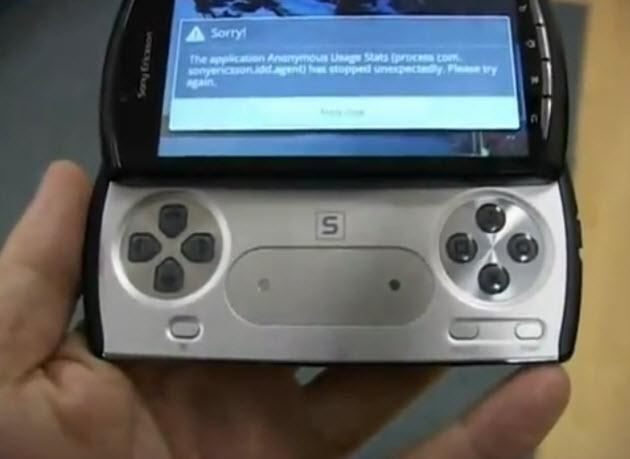 If Sony is trying to keep its PlayStation Phone a secret, it’s not doing a great job. This is Sony’s answer to the iPhone and the Nintendo DS, which are both trouncing Sony in the handheld gaming market.

Today, the evidence of the new half-game, half-phone Android device emerged again as someone spotted the PlayStation controls within the software development kit for Gingerbread, or version 2.3 of the Android operating system. The SDK references the L1, L2, R1, R2 controls that are familiar to game players as Sony controls. But the kit does not include a reference to the Square, Triangle, X and Circle buttons of a typical PlayStation controller.

Meanwhile, a video has also been leaked of the prototype of a PSP Phone in action. Dubbed the Sony Ericsson Zeus-Z1 PlayStation Phone, the device is apparently being shopped among developers so that they can prepare to make games for it. The Zeus device runs the Gingerbread operating system.