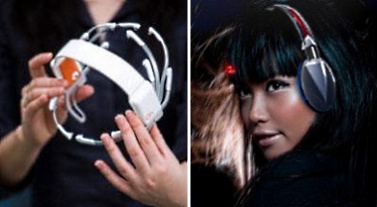 It’s a classic pulp science fiction idea: Put a special band around your head, and suddenly gain the ability to project your thoughts into the world around you. The idea will seem less like fiction after two startups unveiled at this year’s Game Developer’s Conference start shipping their products.

Emotiv and Neurosky are both busy demoing prototype headsets capable of picking up electrical signals from user’s brains and translating them into actions in a game world. Unlike schemes that have existed for years in laboratories, neither company requires shaved heads and pasted-on electrodes for their equipment to work — you just pull it on like a pair of headphones. 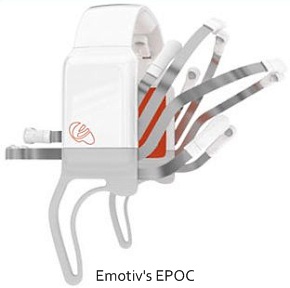 And, surprisingly, both headsets seem to work pretty well, at least for users that have spent some time with them. For newbie telepaths, it’s not so easy. That’s because the sensors have to learn to recognize repeating signals from your brain before they can know when you’re trying to make a specific action.

It wouldn’t be inaccurate to say each user has to program their own device. Think of it like hooking up an input device to your body that translates motions to computer commands. It doesn’t matter whether you lift your arm or kick your left leg out to “click” as you would with a mouse, but the computer does have to learn first what either motion means.

However, repeating a bodily motion is also easier than making your mind repeat a thought or feeling on command, at least for most people. It’s not insurmountable, but there is a learning curve.

Both Emotiv and Neurosky are showing off their devices with video games. In both, the video character runs about and controls objects in a virtual world with his mind. The headsets are also at least passingly similar. And both companies are planning to have products on the market by this Christmas. 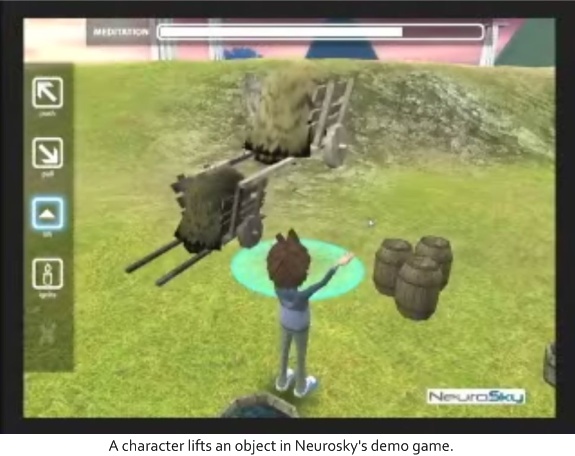 There’s a significant difference when it comes to business plans and targeted price point, though. Emotiv has a completed design and plans on manufacturing and selling its own product, for $299. Neurosky, on the other hand, doesn’t plan on making any products of its own.

Instead, the company will sell only its sensor to manufacturing partners, letting them determine the design specifics. Its headsets at GDC are all just demonstration units. But it does hope to maintain some control over the end price. It aims to make headsets using Neurosky sensors significantly cheaper than Emotiv’s, a spokesman said, providing no specifics.

Of course, beyond just games, there are probably dozens of uses for these headsets. Why not take the last bit of effort out of using a computer, and do away with the mouse? Psychiatrists should also love the emotional control required by the headsets; after all, the basic technology came out of their own labs. Both companies even have open developer kits. But, at least at first, it looks like these will be confined to gaming.

Emotiv is based in San Francisco, and has raised $6.3 million from Technology Venture Partners, Epicure Capital Partners and the Australian Government. Neurosky is based in San Jose, and has also raised funding, but has not yet disclosed how much.