Phil Tippett’s mind has been creating creatures for generations, including the creatures in the Star Wars holochess scene and the dinosaurs of Jurassic Park. Now he’s created his own creature-filled stop-action animation film, Mad God, and it is coming out in virtual reality.

Tippett Studio is announcing today that Mad God will be released in VR on the Wevr Transport platform on the Samsung Gear VR. That’s a new store where you can access 360-degree videos and other VR content. I recently visited Tippett’s madcap workshop in Berkeley, California, where he showed off another digital project, the monster game Hologrid: Monster Battle. 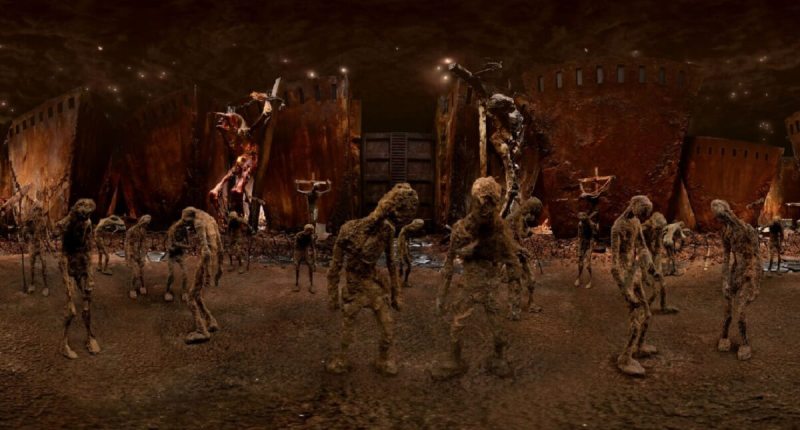 Tippett’s new film is another advance for VR, which is moving into uncharted territory when it comes to entertainment. The darkly beautiful Mad God is what happens when you merge the brilliance of a renowned veteran effects artist with the century-old technique of stop-motion animation and transport the whole thing into virtual reality.

The idea of introducing Tippett’s unique vision into a 360-degree immersive setting was spearheaded by Mike Breymann of Kaleidoscope VR, a fan of both Tippett and the original short film version of Mad God.

“I really liked the concept of bringing an art form that has been around for a hundred years and matching it up with this new accelerated world that we’re in,” Breymann said, in a statement. “It allows for discussions around ways of experiencing art and virtual reality. There’s this notion that game engines, rapid advancements in hardware, accelerated graphics and all this technology is somehow carrying us forward artistically, and this experience is in some ways calling all that into question.”

“I started trying to figure out how we can do this,” Tippett said in a statement. “The whole thing was shot stop-motion on tiny sets, so it has a very visceral photographic handmade look as opposed to the cleanliness of so much of the VR content that’s being produced with computers. What really excited me about the whole VR experience was how different it is than cinema. I see VR as something completely different in the way that literature and cinema have, over the years, really honed narrative storytelling to an art specific to the form. And the minute you alter the format and approach, it changes everything.” 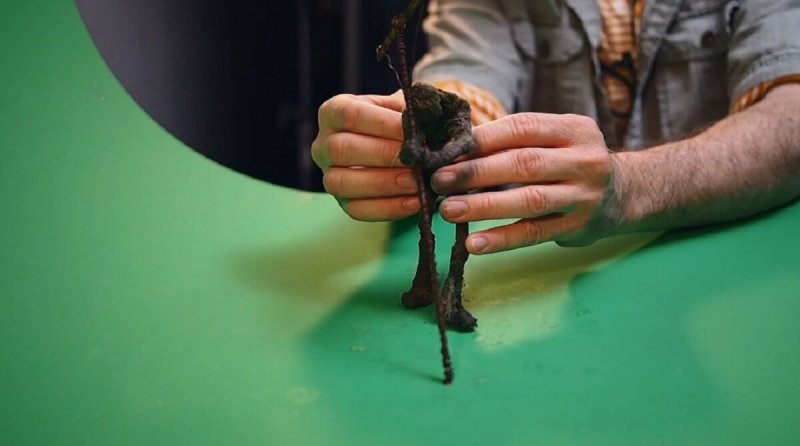 Above: Phil Tippett creates his creatures by hand.