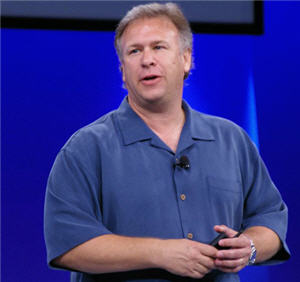 Apple‘s reputation as arrogantly insular, more than anything else, is what aspiring iPhone app developers say makes them afraid to commit to Apple as a business channel.

Phil Schiller is in some ways the new public face of Apple, regardless of who’s in charge. The genial head of Apple’s global marketing teams filled in for chief executive Steve Jobs at the company’s most recent keynote presentation in June. Yesterday, Schiller stepped onto the Internet to clarify Apple’s version of a spat involving controversial words in a dictionary application built for its iPhone App Store.

“When I read your column last night about the Ninjawords dictionary application I immediately investigated it with our App Store review team to learn the facts of what happened,” Schiller wrote in a 500-word email to Apple pundit John Gruber, who publishes the beloved-by-Mac-nerds Daring Fireball blog by himself. 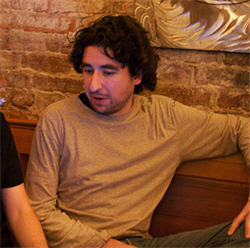 Schiller’s outreach to Gruber is strikingly forthcoming, non-elitist, and dryly Web-savvy. Schiller could’ve talked to the New York Times, CNN, or any media outlet he chose. Instead he emailed Daring Fireball.

The details of the dictionary app are complicated, nitpicky and mostly irrelevant. Ninjawords is available in the App Store, but Apple’s rating declares it unfit for children below age 17.

Schiller told Daring Fireball the issue wasn’t cuss words in a traditional dictionary. It was racially charged epithets included on Wiktionary.org, a site from which the app in question, Ninjawords by Matchstick Software, pulls some of its definitions.

Regardless of the story, Schiller’s willingness to wade into the swirling cold waters of the blogosphere could be the start of a major change from Apple’s usual talk-to-no-one PR strategy. Instead of Steve Jobs phoning a New York Times reporter to snap, “I think you’re a slime bucket who gets most of his facts wrong,” Schiller thoughtfully laid out the policy path through which Matchstick’s app had been handled.

It’s unlikely Schiller will address every App Store issue as the number of apps built for the store closes in on 100,000. But a few well-chosen — or perhaps selected by instinct — appearances on sites like Daring Fireball could quickly change Apple’s image, at least among the mob of developers it hopes will build more apps for its gadgets.