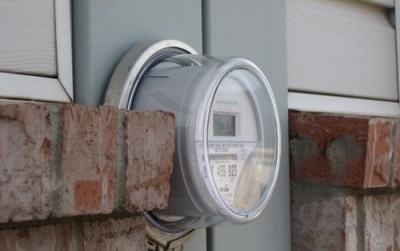 While Toshiba is mostly visible as a consumer electronics manufacturers — creating televisions and laptops and other devices — the company’s Infrastructure Systems Group is actually a large developer and deployer of nuclear power technology. The company supplied reactors to the Fukushima Daiichi nuclear power plant in Japan that was critically damaged and brought offline after a massive 9.0-magnitude earthquake struck off the northeastern coast of Japan.

Landis+Gyr builds electricity meters that are capable of wirelessly transmitting energy consumption and pricing data in real time between utilities, their customers and the meters themselves. The company has worked with utility companies like Oncor in Texas and Pacific Gas & Electric in Northern California to supply the meters they deploy to their rate payers.

Tools like Landis+Gyr’s smart meters are important as part of a push for a “smart grid” — an efficient network that uses more advanced algorithms and programs to distribute electricity and minimize energy loss as heat or wasteful energy usage in homes. While there is a lot of innovation happening in the energy capture and production space — particularly with solar and wind power — many companies are trying to improve energy efficiency in order to bring down costs and waste less energy. General Electric acquired Converteam, a company that specializes in technology that converts electricity to mechanical energy and vice versa, in March for $3.2 billion as part of a push to improve its energy efficiency.

The company raised $100 million in November 2009 from existing investors. It also works with infrastructure providers like SAP, Cisco and Microsoft to build applications that tie in with the smart meters to improve electricity usage monitoring and energy efficiency. The company recently deployed 1 million smart meters through British Gas, a major electricity provider in the United Kingdom.