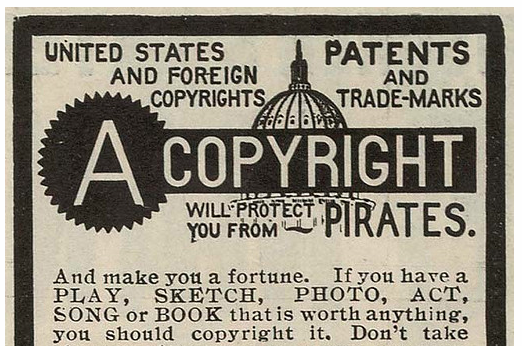 Confused about the difference between trademark and copyright? Don’t be. It’s a mad, mad world, and even Oracle is getting it mixed up, in its suit against Google.

Ten years ago, when Sun sued Microsoft over Java, Sun alleged trademark infringement because Microsoft was not implementing Java according to Sun’s specification. Microsoft had entered into a license agreement with Sun — promising to follow the specification. When Microsoft deviated from the specification, Sun rightly claimed breach of contract and trademark infringement. Sun sought an injunction against Microsoft to stop using the Java logo and to remove the incompatible Microsoft code from the market. Sun ultimately prevailed, and received a large settlement, in part due to Microsoft’s anticompetitive conduct over Java.

Attorney David Boies is familiar with the Java issues in the Microsoft antitrust case. According to Boies’s biography, he served as Special Trial Counsel for the United States Department of Justice in its antitrust suit against Microsoft. At the conclusion of that antitrust suit, U.S. District Court Judge Jackson found that Microsoft took actions “with the sole purpose of making it difficult for developers to write Java applications … that would allow them to be ported.”

Boies now represents Oracle (which has since acquired Sun, including its rights to Java) in its case against Google for patent and copyright infringement of Java. He surely knows the differences between the issues in the prior lawsuits. Unlike Microsoft, Google never licensed Java from Sun. It never agreed with Sun to implement the Java specification, and it doesn’t call its product Java. It calls it Android and Android is not a candidate for an antitrust case. In fact, the Microsoft .NET Framework and Java are the two dominant middleware platforms.

“Google undermined the compatibility of Java. It took the APIs it wanted, to attract developers to Android and gain market share quickly, and left those it did not — fragmenting Java and its “write once, run anywhere” promise.”

“Google’s fragmentation of Java has violated the “write once, run anywhere” creed.”

“Google has significantly harmed the value of the APIs by fragmenting Java and undercutting its “write once, run anywhere” capability.

The problem for Oracle is that Google made no license promise, and doesn’t need to worry about Oracle’s “write once, run anywhere” registered trademark because that trademark has nothing to do with Android, any more than Objective C has anything to do with C#.

Moreover, Oracle is suing Google for copyright infringement, not trademark infringement. Oracle never alleged any Java trademark claims, only harm by “fragmentation” of the Java “write once, run anywhere promise” and “creed.” But promise, creed and fragmentation are not copyright claims, they relate to trademarks. It’s a nice example of the adage that “if you repeat something often enough, people will believe it’s true.” Accordingly, on September 15, 2011, Judge William Alsup in his order regarding summary judgement says:

Android allegedly supports some, but not all, of the APIs defined for the Java platform… This so-called fragmentation undermines the “write once, run anywhere” concept underlying the Java system and supposedly damages Oracle by decreasing Java’s appeal to software developers.

Google could have long ago pointed out that Oracle is alleging trademark harm using copyright infringement claims. But why should Google help Oracle plead correctly? Google never agreed to the “write once, run anywhere” promise (in any license) from which Oracle claims to have suffered harm. Google calls its software Android, not Java. While Oracle could have argued that Google has confused the market by making references to Java in Android marketing and documentation, Oracle cannot now amend the complaint with a trademark infringement cause of action. It’s too late.

Oracle is not giving up however, and the API copyright issue isn’t the whole lawsuit. Oracle is also claiming patent infringement, and there are still questions of fact and law about the scope of Google’s alleged copying. But those don’t relate to the “write-once, run anywhere” promise from which Oracle claims to have suffered harm.

Nevertheless, Oracle’s latest alleged copyright damages and lost profits estimate is still in the neighborhood of a whopping $800 million.

So don’t feel bad if you don’t understand the difference between trademark and copyright. A lot of fine people get it mixed up too.