Integrating application programming interfaces, or APIs — sets of subroutine definitions, communication protocols, and tools for building software — can be hell on earth sometimes, and you don’t have to take our word for it. According to a recent survey by research firm Pusher, the average developer in the U.S. uses at least 18 APIs to power their apps, and an estimated 2,000 new APIs are published every year. Learning those internal and external toolkits requires poring over a deluge of documentation, and post-implementation maintenance alone can suck up weeks or even months of developer time.

A new startup aims to ease the burden somewhat with what it’s calling an “API composition platform.” San Francisco-based Transposit, which was cofounded in 2016 by Apple, Google, and Twitter veteran Tina Huang and former Delphix CTO Adam Leventhal, today revealed that it has raised $12.2 million in series A funding led by Sutter Hill Venture, with participation from SignalFire and Unusual Ventures. This comes after a $3.2 million seed round from Sutter Hill, bringing the startup’s total raised to $15.5 million, and it also marks the launch of Transposit’s platform in beta.

“Until now, everyone has been focused on making it easier to connect APIs. That’s important to solve, but it only addresses a small piece of the problem,” Huang said. “The real work begins when you try to bring together those APIs to build useful applications: Since there’s been no standard way to compose, developers tediously wire together pieces in what often looks like spaghetti code. We created the Transposit composition platform to serve as the missing universal translation layer providing developers clean building blocks with which to compose APIs.” 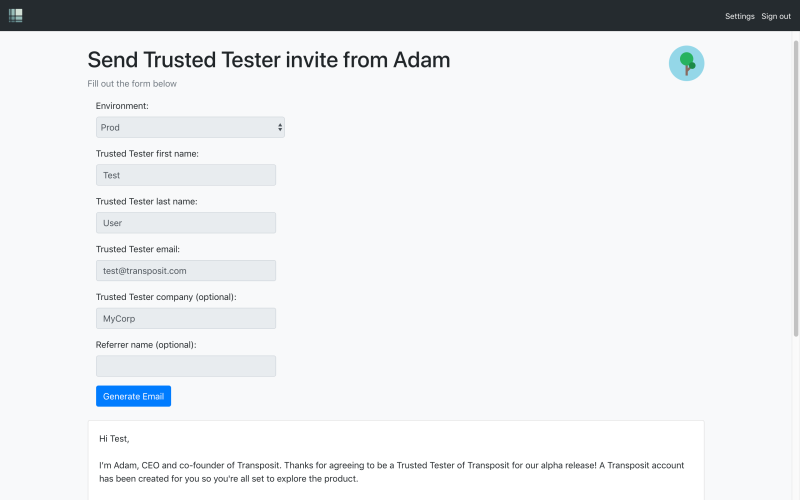 Above: A hosted app in Transposit.

To that end, Transposit employs relational databases to help bring order to disparate APIs. Its Java backend basically translates standard SQL into optimized execution against APIs — developers produce apps that can be shared with the wider Transposit community and reused. For instance, the team built an Amazon Web Services automation widget that manages deployments and maintenance tasks like Simple Storage Service (S3) cleanup, and an Airtable applicant tracker that layers on permissions so that interviewers can only see specific information. Other examples include a Slack vacation helper, a personalized email sender, and a placeholder inserter for calendars.

And that’s just for starters. Leventhal says the platform’s robust enough to handle multilayered, multistep chores while dealing with the unpleasantries typically associated with APIs (e.g., authentication, pagination, and retries) in the background. For one early ecommerce customer, Transposit created a pipeline that extracts data from a website’s XML feed, analytics from an API, and attachments from email inboxes and then surfaces all three in a unified inventory management dashboard. 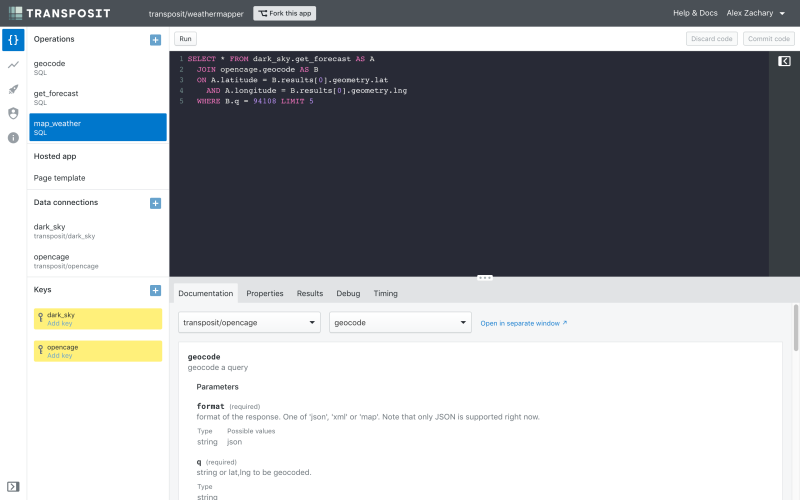 Above: Editing a Transposit app.

“The big unforeseen consequence of the move to software-as-a-service is that developers no longer have close control over much of their data. Most of the time, that data is now sitting inside of services accessible through APIs,” Leventhal said. “This shift has put more burden on developers, forcing them to spend more time on tactical overhead and less time on what makes their applications unique … Our mission at Transposit is to let developers cut to the core of what makes their applications cool and fun, transforming and composing APIs while we take care of all the overhead and hard work that needs to happen under the hood.”